A teacher who had sex with a ‘damaged’ 15-year-old schoolgirl and streamed the sickening footage on the internet has been jailed.

William Hanna, 63, and his girlfriend Diane Whitehouse, 58, ‘degraded’ their young victim in the sordid sessions they held in a Birmingham hotel room, a court was told.

The couple, who said they thought the teenager was 18, met the schoolgirl online and used web cameras to stream the encounters. 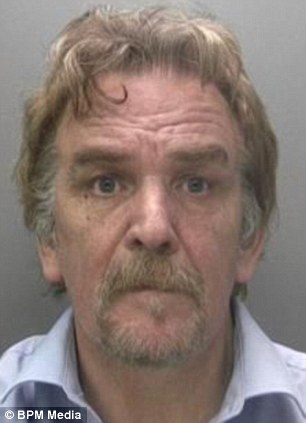 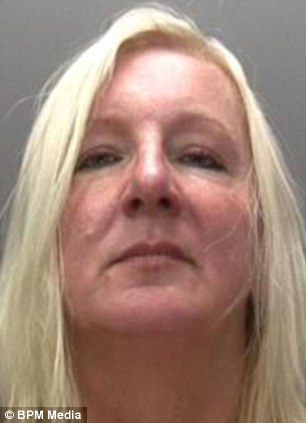 Jailed: William Hanna, 63, (left) and Diane Whitehouse, 58, (right) who held sordid sex sessions with the 15-year-old victim in a Birmingham hotel room. They claimed they thought she was 18

Hanna – who was working as a teacher when he was arrested – was given seven years behind while his girlfriend, who he met on a swingers’ website, was locked up for six years behind bars by a judge at Birmingham Crown Court.

The victim’s mother discovered the abuse in 2010 after McGlasson, 47, sent her a Facebook message in which he claimed to be her daughter’s boyfriend.

She said she was haunted by seeing sickening images of her ‘brainwashed’ daughter online.

Nicholas Cartwright, prosecuting, said that Hanna and Whitehouse filmed the encounters with the victim at the Etap hotel in Birmingham. 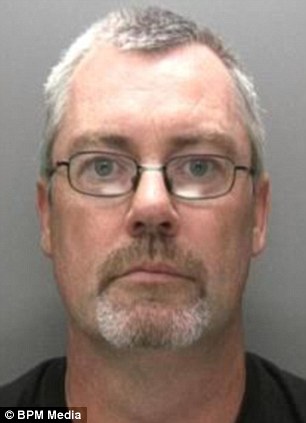 Bondage sessions: Ian McGlasson, 47, was also jailed for having sex with the vulnerable underage girl

On one occasion, the court heard a stranger appeared in the room, dressed in a cat suit, and had sex with the 15-year-old.

The teenager, who cannot be identified for legal reasons, was not a pupil at the school where Hanna taught.

Speaking after the case, the victim’s mother said: ‘I could not believe it. He was older than my own husband. I tried to get my daughter to go to the police, but she had been brainwashed good and proper.

‘I spoke to the police and I would do it again in an instant. I found some of the pictures from the hotel room online and it was horrendous.

‘That has damaged me forever. It’s awful to know that it’s your child when you recognise a mole on a stomach and a charm on a necklace.

‘I am glad they were handed proper jail sentences, but I wish it had been for longer. It will never be over for us. We have to live with this every day.

‘I will always be paranoid and it has permanently damaged my daughter and our family.’

The victim’s mother only discovered that Hanna had been a teacher during the court hearing.

She added: ‘I just can’t believe that he had been teaching when all this was going on. They read out glowing references, but he was doing these vile things.

‘They sat shaking their heads throughout and tried to say they thought she was 18, but there was no disguising my daughter’s age.

‘Her Facebook had pictures of her in her school uniform. These people are in their late 40s, 50s and 60s. I just hope that, if anybody else has been a victim of them in the past, they have the bravery to come forward and speak to the police.

‘I was terrified to go to court and face them. But I had to show that my daughter had a mother and there was no way I was hiding from them.’

He told them: ‘You treated her not as a damaged child who needed protection, but as somebody who could be simply used as you wished. 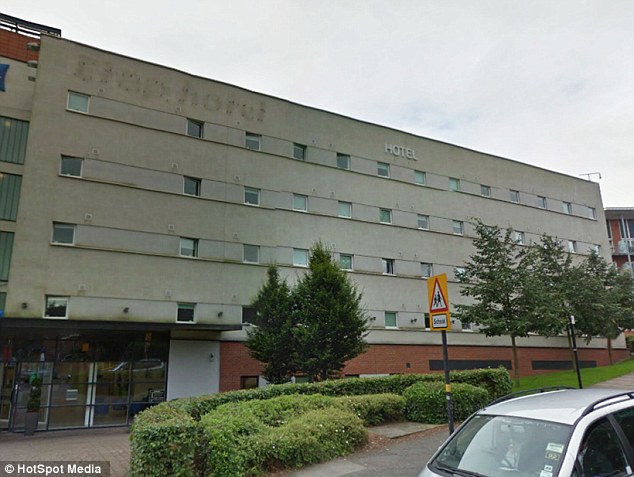 Downmarket: The Etap Hotel in Birmingham where the schoolgirl was taken for the sordid sex sessions with Hanna, 63, and Whitehouse, 58

‘You involved her in sexual activity which must have had the effect of damaging her even further.’

Of the live streaming, the judge said: ‘In addition to the degradation of that child, she knows an unknown number of people have had the opportunity to view that degradation.’

Sally Hancox, mitigating for Hanna, said the court case was a ‘terrible legacy’ for the final years of his teaching career.

Andrew Baker, mitigating for Whitehouse, said she had not been the prime mover and had only been involved in two of the four occasions sexual activity took place.

Former Frankley Community High School teacher Hanna, of Birmingham, was found guilty of inciting a child to be involved in pornography and three charges of sexual activity with a child.

Whitehouse, of Cannock, Staffordshire, was convicted of two charges of sexual activity with a chold.

McGlasson, of Reading, was jailed for six years for involving the same victim in bondage sessions.

He admitted six charges of sexual activity with a child, two of meeting a child following grooming and possessing and taking indecent images.

All three defendants were also ordered to sign the sex offenders’ register for life.

A spokesman for Birmingham City Council, speaking on behalf of Frankley Community High School, said: ‘William Hanna was arrested at his workplace in November 2010 and suspended on the same day.