A man in New Mexico has a bit of a problem: a female jogger has been repeatedly defecating next to his house during her morning runs – and it was all caught on camera.

‘This is malicious fecal distribution,’ the man – who wished to not be identified – said. 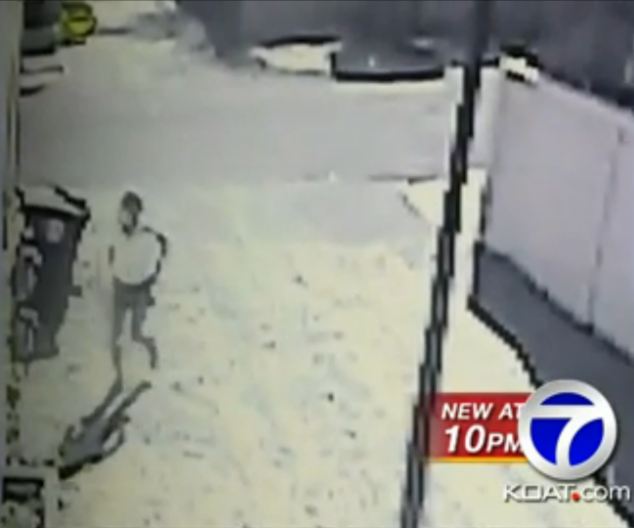 Dropping trou: an unidentified woman begins to lower her shorts before defecating in an alley

The man hasn’t reported the alleged acts ‘malicious fecal distribution’ to police, but provided video of the woman defecating next to his house to KOAT in hopes that the woman would see it and knock it off.

The first time the man caught the woman defecating was on Easter Sunday of this year. On the video, the woman is seen turning down an alley next to the man’s house, quickly dropping her shorts and defecating right on the street. She then quickly pulls up her shorts and continues on her jog.

The man says he’s caught the woman on camera defecating next to his house four times, the most recent being this past weekend.

According to the man, the woman usually strikes on weekend mornings.

“If it happens again, I’m going to run out there with a hose and hose her down and say, ‘Bad human!'” he said, adding that he has not called police, fearing they won’t take the complaint seriously. 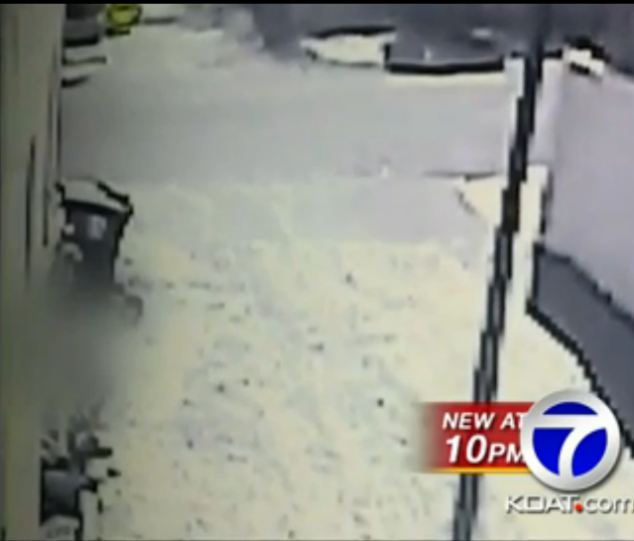 When you gotta go: Behind the censored area of this image a woman is defecating in an alley