Monsters: 13-year-old girl raped by 10 men who filmed and cheered each other on

A 13-year-old girl who ran away from home was raped by up to ten men in an apartment where people cheered and filmed their attacks with cellphones, it emerged today.

Authorities have charged two men in the June 29 attacks, which began after the girl ran away from an Austin, Texas, group home for children and got into a car with three unknown men, according to an arrest affidavit.

Juan Lozano Ortega, 25, and Edgar Gerardo Guzman Perez, 26, were charged on Wednesday with aggravated sexual assault of a child.

They were being held on Thursday in the Travis County Jail on $30,000 bond each. Court and jail records did not indicate whether the men had attorneys. 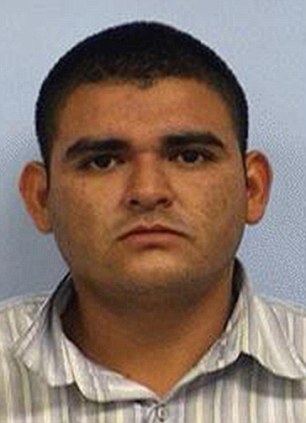 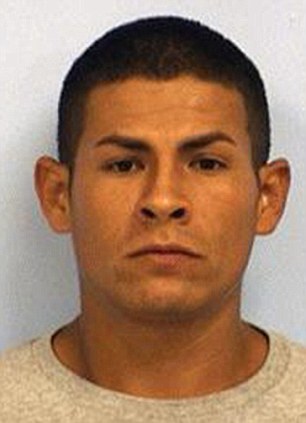 Arrested: Edgar Gerardo Guzman Perez, left, and Juan Lozano Ortega, right, have been charged with aggravated sexual assault of a child in the June 29 attacks

Austin police did not immediately return a phone message on Thursday about the investigation or other possible suspects.

‘All of the other males took turns having sex with victim against her will, which lasted through the early morning hours,’ the affidavit states.

Investigators found Ortega and Perez because one of them let the girl borrow their cellphone after dropping her off in a neighborhood and telling her to ‘find somewhere to go’, according to the court documents.

The victim called her foster brother, who refused to come pick her up, but his caller ID captured the number of the suspect’s phone.

Doctors who examined the girl told investigators their findings were consistent with her allegations, according to court records.

Focus: State child welfare investigators have also started investigating the Settlement Home for Children, where the girl lived and ran away from

State child welfare investigators have also started investigating the Settlement Home for Children, where the girl lived, said Patrick Crimmins, spokesman for the Texas Department of Family and Protective Services.

According to its website, the facility believes ‘that healing and learning take place when a child’s deepest needs are met, both physically and mentally.

‘We are dedicated to helping children who have been abused and neglected by resolving their emotional, behavioral and familial problems and providing quality residential care.’

A phone message and email to the Settlement Home were not immediately returned Thursday.

In Cleveland, Texas, the gang rape of an 11-year-old girl over a three-month period in 2010 led to charges against 14 adults and three juveniles.

The rapes happened at a vacant trailer house about 45 miles northeast of Houston. At least 15 of the defendants charged in that case were convicted. One received a life sentence and another 99 years.