That perked him up! Sleepy Kanye West wakes up after spying Kim K’s ample cleavage (PHOTOS)

It was his bride-to-be Kim Kardashian’s 33rd birthday extravaganza on Friday night, taking place in one of the most exciting cities in the world – Las Vegas.

But it seems that all of the festivities over the last few days had finally caught up with Kanye West on Friday night.

The rapper, who proposed to the reality star earlier in the week on Monday night, appeared all tuckered out, and was snapped taking a little nap while standing up, as the couple and her famous clan hit TAO nightclub at the Venetian Hotel to celebrate Kim’s milestone. 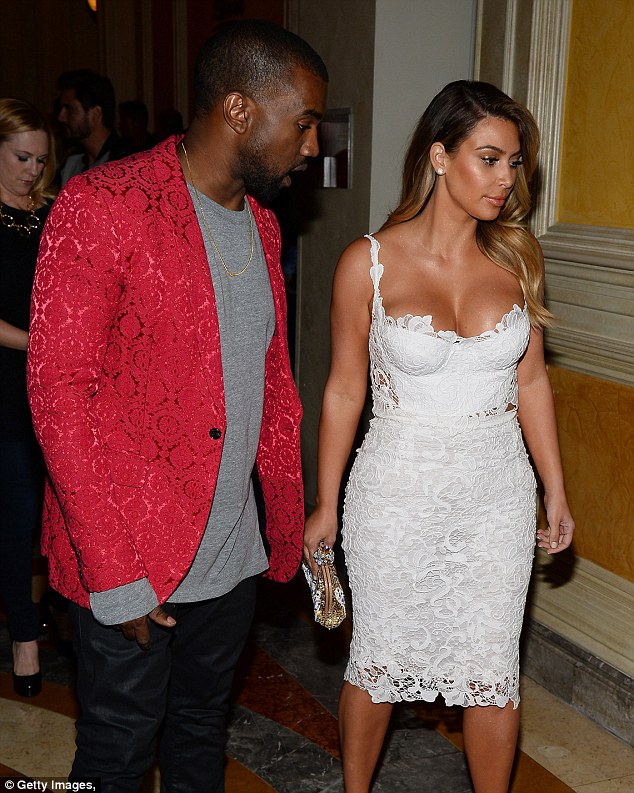 Wowsers! Kanye West was caught staring at his new fiancee Kim Kardashian’s cleavage as they attended her 33rd birthday bash at Tao in The Venetian Hotel in Las Vegas on Friday night

With his arms crossed, Kanye had his head down and eyes shut while he appeared to be taking a little snooze.

The 36-year-old was no doubt exhausted, after planning his lavish proposal to the Keeping Up Kardashians star and also performing in his Yeezus world tour.

Earlier in the night on Friday, Kanye had taken to the stage at the MGM Grand Hotel & Casino before heading over the The Venetian to be by Kim’s side.

But one thing certainly did perk the Touch The Sky singer up, and that was the sight of his new fiancee’s figure clad a very low-cut white lace crop top and matching curve-enhancing pencil skirt.

At one point, Kanye was seen staring intensely at the mother-of-one’s eye-popping cleavage with his mouth agape as they walked around the casino floor. 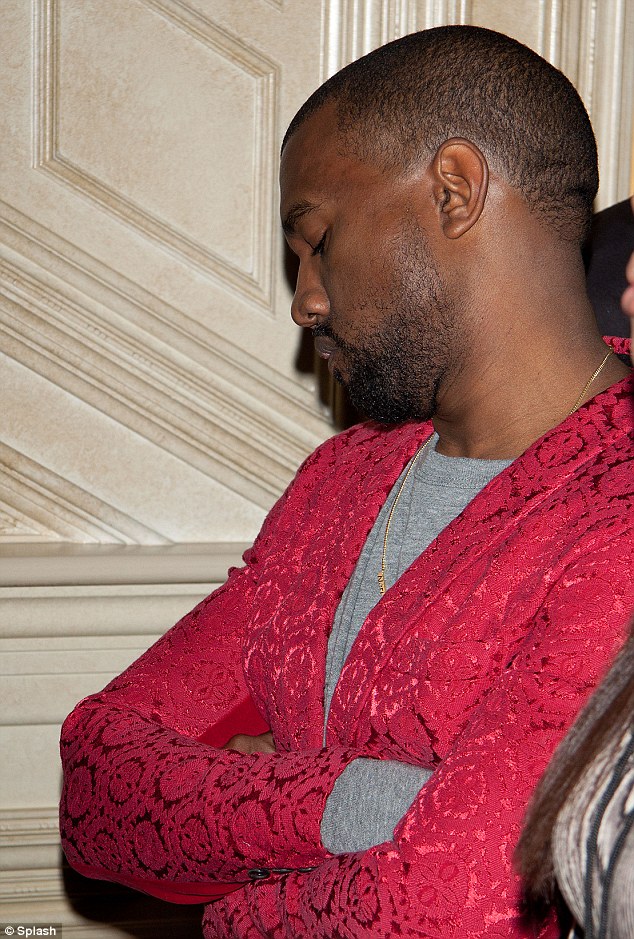 Forty winks: During the night, Kanye, who had just performed at the MGM Grand Hotel & Casino, was also seen taking a nap while standing up 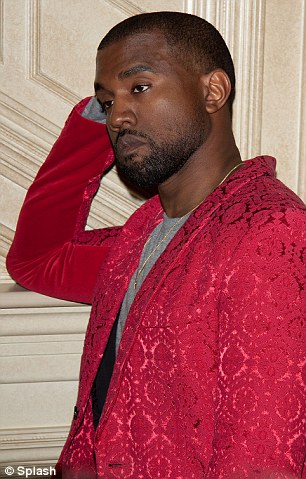 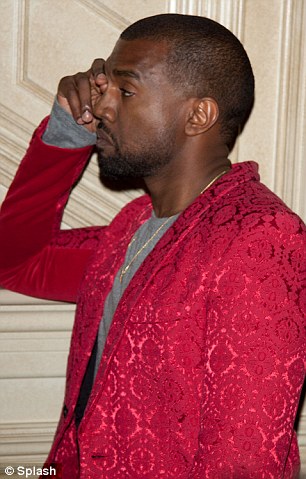 Sleepy: The rapper has had a big few days after proposing to the reality star and performing in his world tour 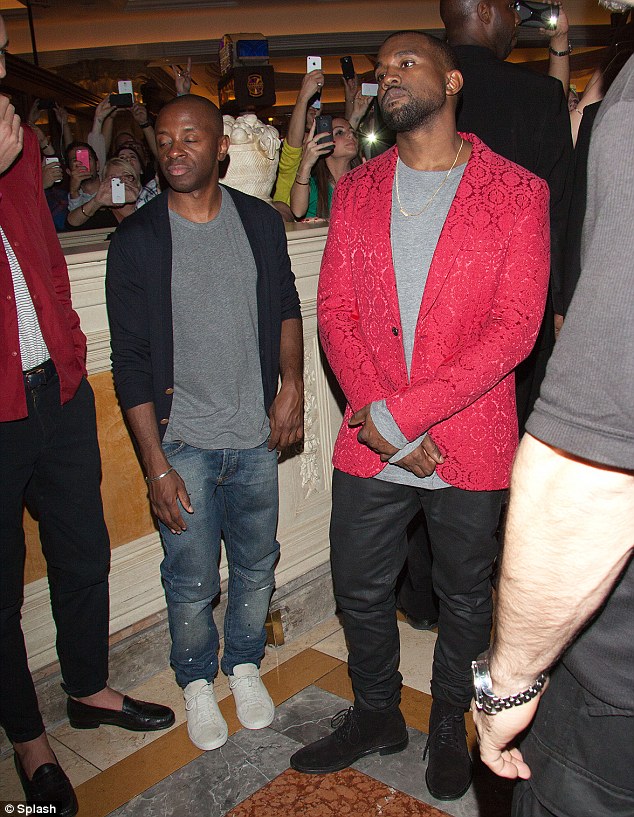 Uninterested? Kanye crossed his arms over his waist as he was surrounded by fans wanting to take a snap of the star at the party 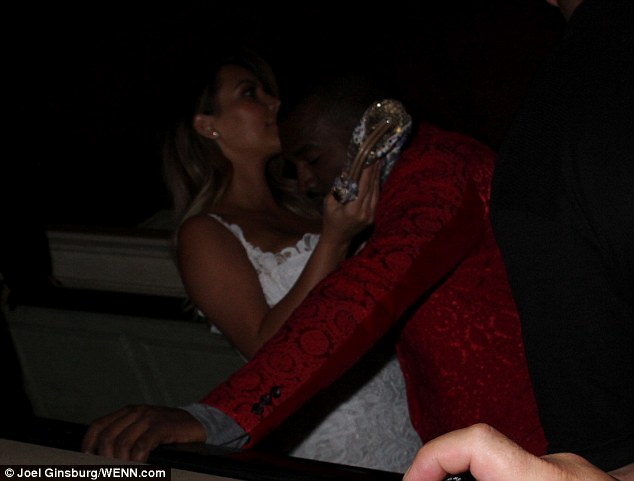 Give us a cuddle: Kanye looked as if he was so sleepy, he need to rest his head on Kim’s chest in a darkened corner of the nightclub

Never one to do anything in halves, Kim went all-out for her 33rd birthday party and made the most of her eye-popping post-pregnancy figure.

The reality star was in Las Vegas four days after her actual birthday.

‘Let the bday festivities begin Vega$’ the Keeping Up With The Kardashians star tweeted to kick off the party, along with a photo of herself in her cleavage-enhancing white lace ensemble. 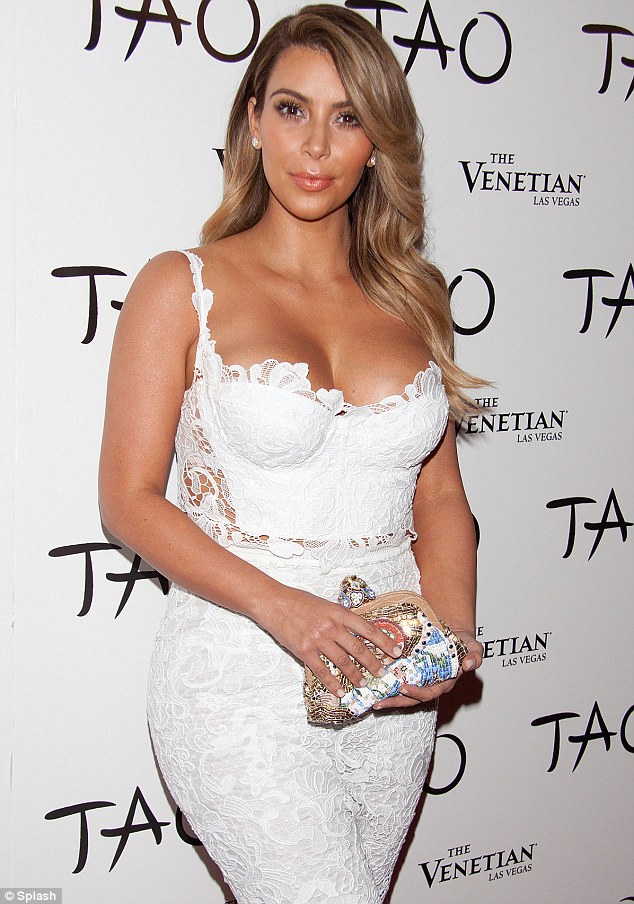 Belle of the ball: Kim looked stunning in her choice of outfit as she celebrated her 33rd birthday at TAO Nightclub 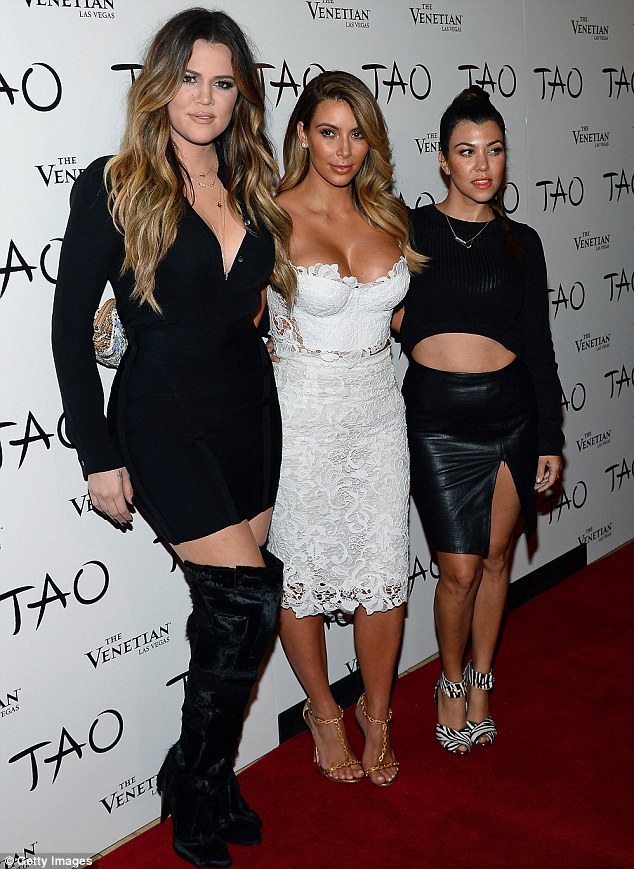 Just like old times: Kim poses with her sisters Khloe and Kourtney as they arrive on the red carpet at TAO

You can tell she was the birthday girl! Not wanting to be upstaged, Kim dazzled in a white lace bustier and pencil skirt, to accentuate her famous curvacious figure 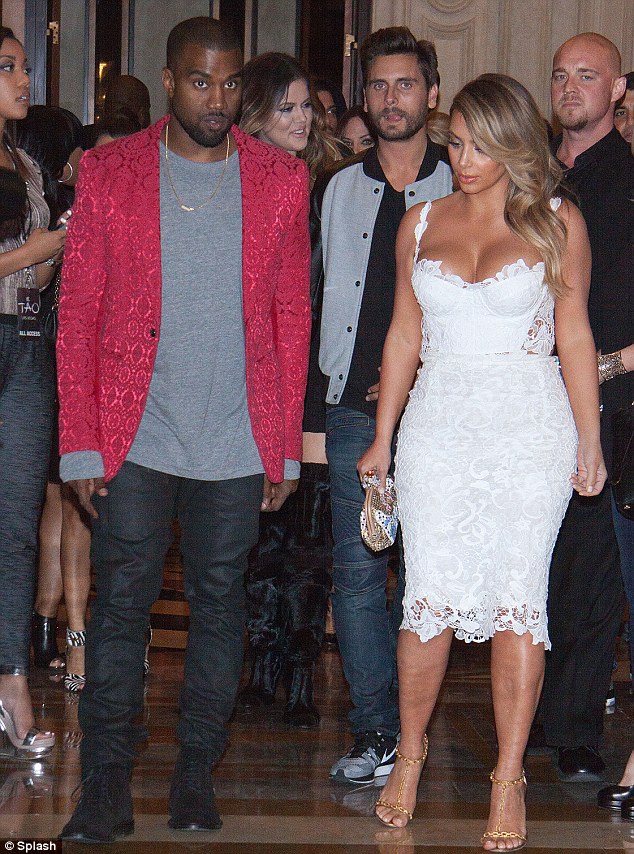 Happy couple: Kim and Kanye arrived together, with Kanye dressed in an eye-catching red blazer for the occasion 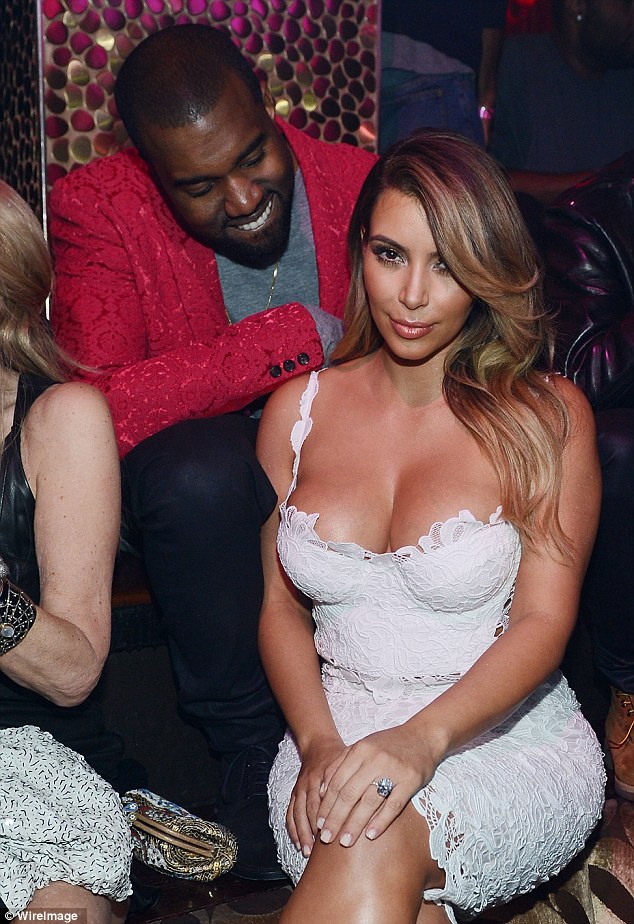 The look of love: Kanye looks down at Kim with adoration at her birthday party 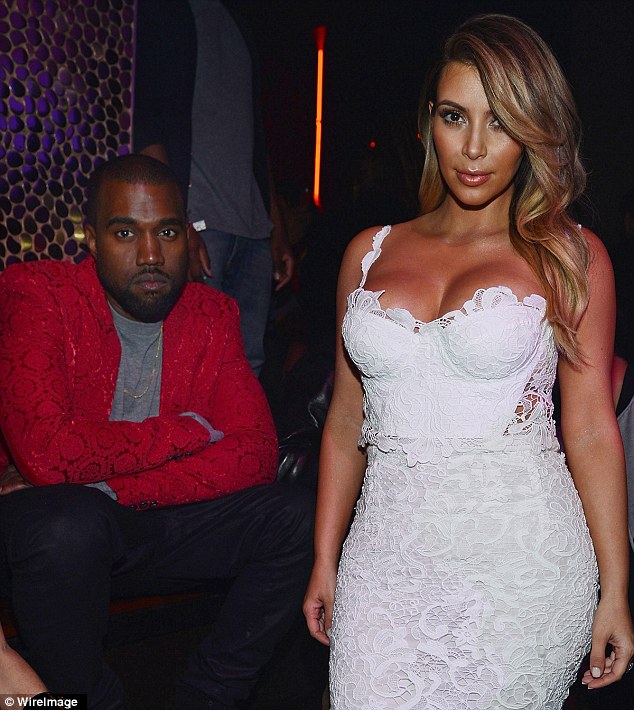 Me and my man: Kanye and Kim got engaged earlier this week on the reality TV star’s actual birthday