A reveler burned to death at a Halloween dance party after his costume mysteriously set alight – as a crowd looked on and initially cheered believing it was part of the show.

In the horrific moment caught on video, Mr Estrada can be seen flailing around completely engulfed in flames.

Some people began cheering and even heckled as the flames engulfed Estrada before other party-goers rushed to help him.

It is not known how Mr Estrada, who dressed as a sniper and was at the party with his girlfriend and brother, caught fire. 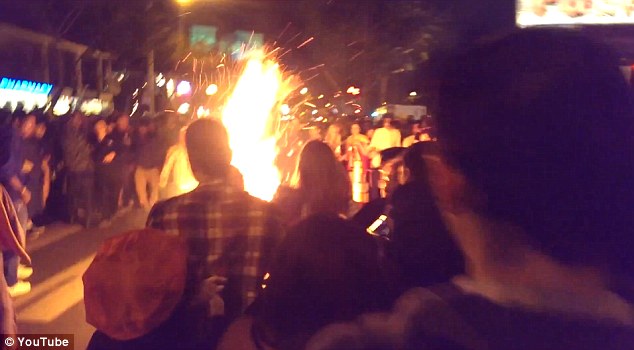 Named in several local media reports by family, Mr Estrada’s identity has not yet been confirmed by the coroner – but a funeral funding page has been set up online for him by relatives.

He was attending the event with his girlfriend, brother Pablo Estrada told KCAL.

The horrifying video shows what starts out as a fun night – great weather, huge stage, loud music and a massive crowd. 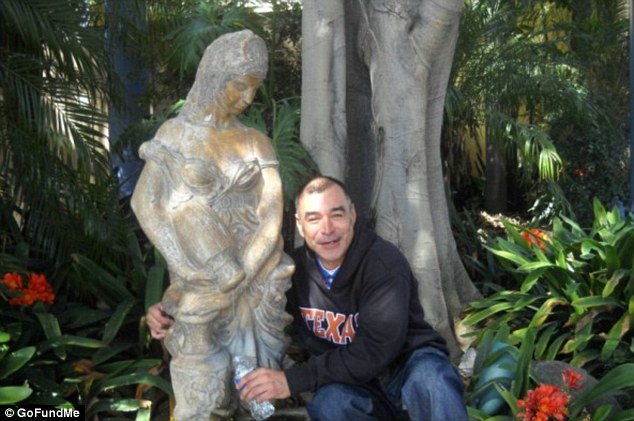 Sudden death: Mr Estrada’s sudden death has left his family at a loss for words 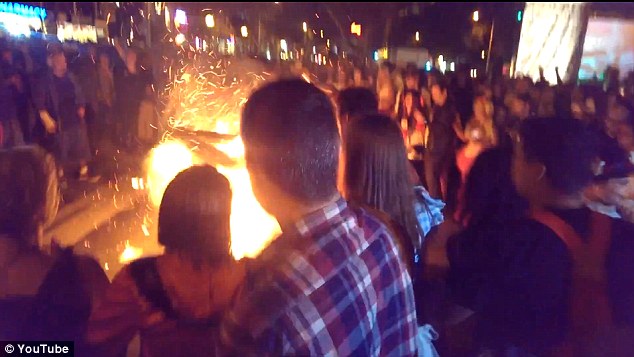 Writhing in agony: Mr Estrada flails violently around in front of the crowd in a shocking video of the accident

The video quickly pans to the left to show flames shooting about 10 feet into the air.

Mr Estrada, who is shirtless by the end of the video, is rolling and violently flailing around Santa Monica Boulevard as the flames scorch his skin.

Partygoers don’t initially appear to be concerned, perhaps believing it to be part of the spectacle, and continue dancing,

One person throws his arms in the air and cheers.

But towards the end of the one minute 41 second-long video, several people are seen barreling through the crowd to help Mr Estrada. 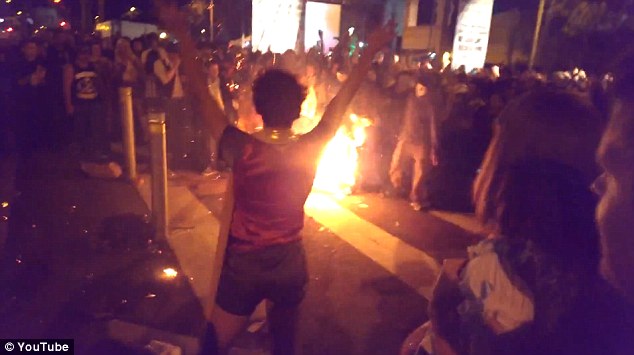 Party on: An onlooker throws her hands in the air and cheers before realising that Mr Estrada is not performing a stunt

After the fire is mostly stomped out, the badly ailing man attempts to crawl forward, but collapses as many of the 500,000 attendees mock him.

‘What the f**k are you doing?’ One person shouts.

Wearing no shirt, his jeans are covered in embers, Mr Estrada is in very obvious pain, but the mocking continues.

People cheer after the video taker’s friends ask if he got it on camera.

Mr Estrada’s devastated family has set up a page for people to donate for a funeral after his sudden death. 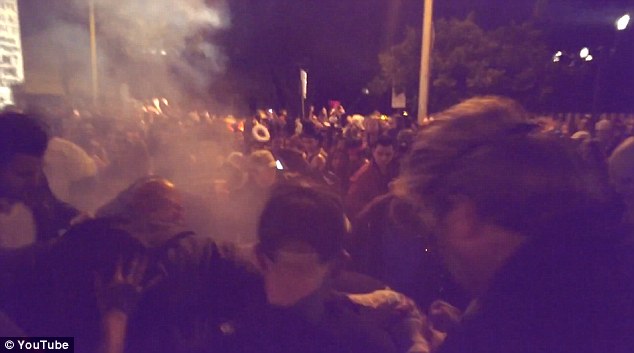 ‘On October 31st, my brother Gilbert Estrada passed away from a tragic accident he sustained while celebrating halloween at West Hollywood’s Halloween Carnaval,’ the page says.

‘His costume went up in flames for reasons unknown and he suffered severe burns to his upper torso including his face.’

Police have asked for the public’s help to determine how Mr Estrada caught on fire, a department spokesperson declined to comment when reached by MailOnline.
Read more: Daily Mail