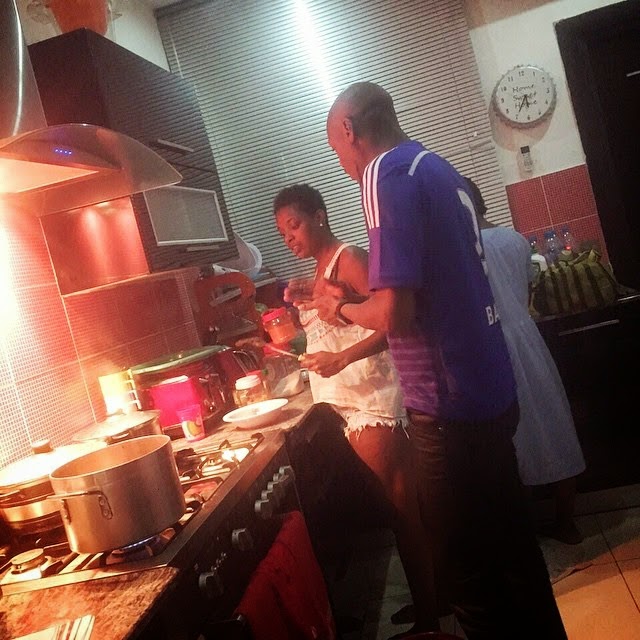 Yesterday, a photo of 2face Idibia cuddling and kissing Pero Adeniyi, the mother of three of his kids went viral on social media.

The photo was reportedly taken a few days ago, precisely on the 26th of January at Rumours Night Club located in Festac. The popular club is owned by 2face.

However, in a show of solidarity, Annie’s friend and Wizkid’s boo, Tania Omotayo  shared the photo above of the couple cooking together at home. She shared it with the caption:

‘Last night husband and wife trying to figure out what pepper to use…. @annieidibia1 you’re actually the best babe!!!’

Her followers, however, called her out for posting the photo in order to get some positive PR for the couple.

One said Tania had been deleting her comments on the picture and as at last refresh, even the comment about the deletions had been deleted. Another one disputed the fact that the pictures were as recent as Tania’s trying to have them believe.

We dug in a little bit more and this is what we found out – the photo was taken on the 26th around 6pm, just before 2face left for the Rumours club as claimed.

Annie Idibia’s manager, Naomi Adenuga, posted the photo on the 26th with the caption “This is what happens when husband & wife r both good cooks… Baby use that oda pepper Na, no baby, It will be 2 spicy.. Na siddon look I dey, I just wan chop.”