What was she thinking? Woman caught sunbathing NAKED out on a window ledge (LOOK) 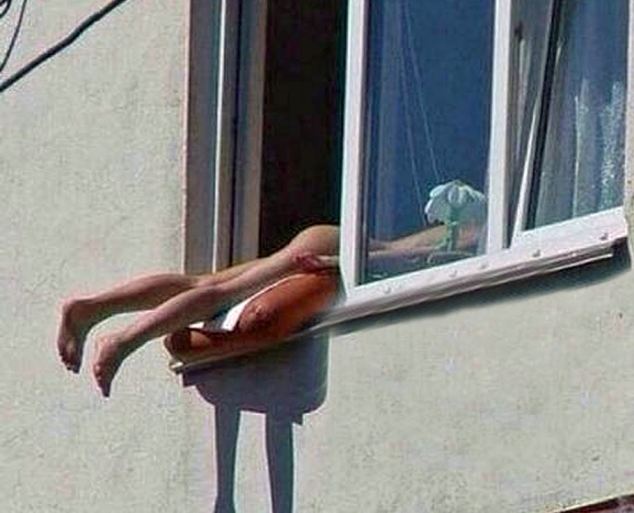 A woman who positioned her naked body out of a window while sunbathing in Austria caused a crash on the road below.

The nude woman was snapped by a student  lying on her window ledge with her legs dangling out of a third floor window in Vienna.

When asked about the nude photo, the student  Gregory Shakaki said ‘I thought I was suffering sunstroke when I saw it.’

Motorist Michael Kienast told local media: ‘I was behind two guys who had a fender bender because the motorists in front took their eyes off the road to glance up at the view.

‘The young woman was obviously keen on getting some sun in a place where it doesn’t usually shine!

‘I heard the guy who was rear-ended shout to the motorist who had hit him: ‘Didn’t you look where you were supposed to be going?’

‘The driver who hit him said: ‘Sorry, I was distracted,’ and pointed up to the window where the woman was lying. 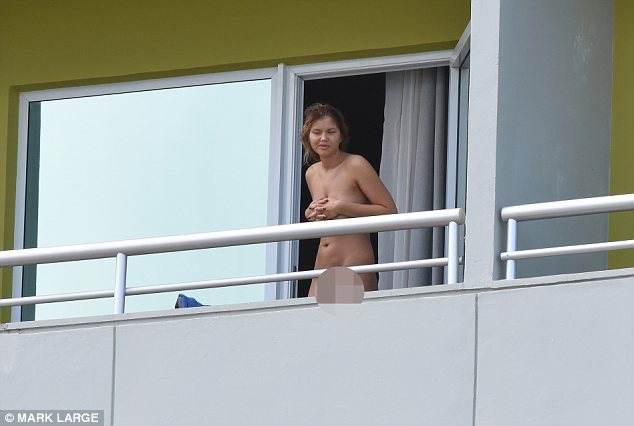 Several cars were blocking the road before police arrived, but by then she had disappeared inside and closed the windows.’

Meanwhile on the other side of the world another naked woman caused a stir today when was
she was photographed on of the balcony of the Rio hotel the England squad are staying in.

The woman, who was completely nude, walked out of the sliding doors attached to her room and stood by the railings.

She then walked back to her room before finally pulling out a black lace top.