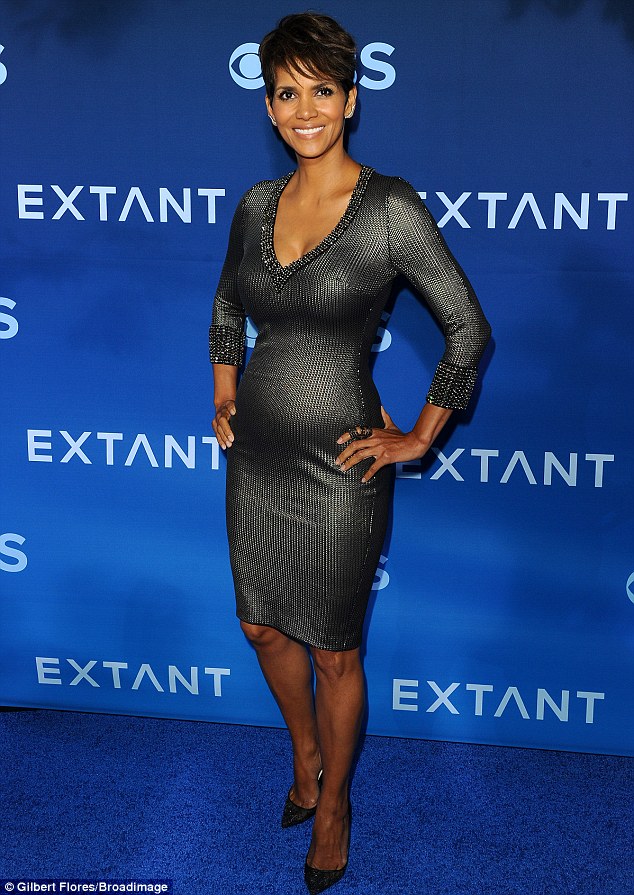 Halle Berry arrived at the premiere of her new movie ‘Extant’ looking like she had never carried a baby in life.

Berry who played an astronaut in the Steven Spielberg directed movie looked out of this world in a plunging metallic dress.

The 47-year-old was joined by her husband Olivier Martinez, who was equally dapper in a sharp suit.

Halle made sure to display her hourglass figure, while flashing a bit of cleavage, in her metallic garment as she stood tall in matching heels.

Martinez, 48, wore a pencil moustache and slick black suit and tie as he accompanied his gorgeous wife for her big night.

In the upcoming miniseries Extant, Halle portrays an astronaut who returns home pregnant following a solo mission in space. 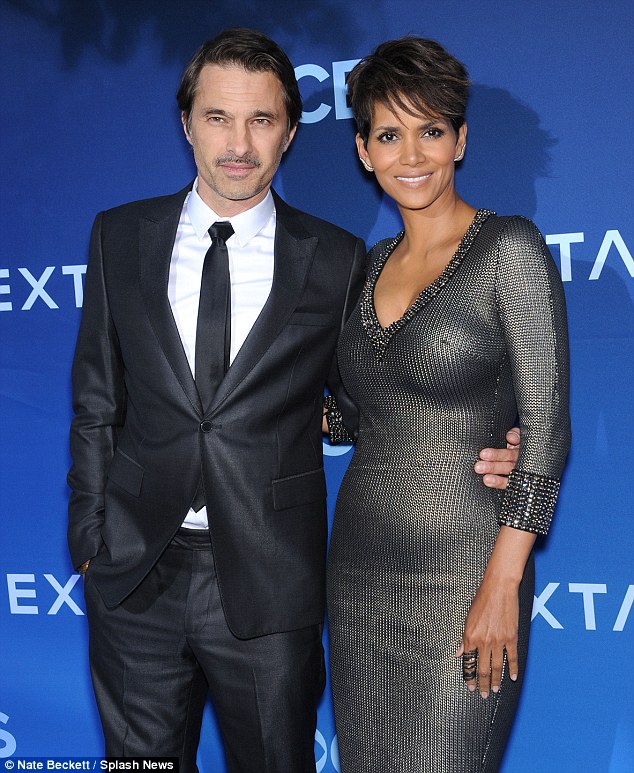 With her man: The 47-year-old posed with Olivier Martinez 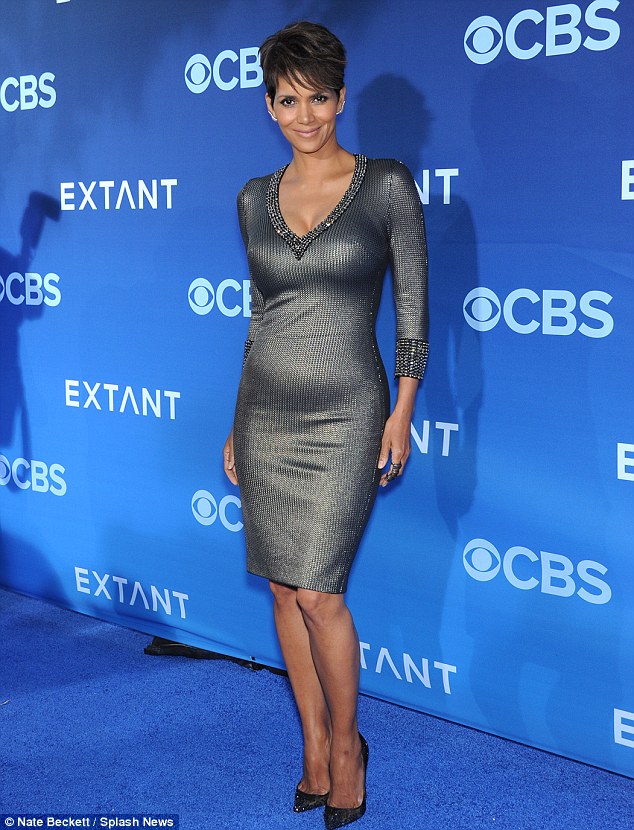 Revving up: Extant will premiere on CBS on July 9

The premise of the show sees Molly Woods (Berry) go on a 13-month solo mission to space – though she doesn’t return alone.

The wife and mother, who was infertile when she left, can’t seem to explain how she managed to be with child following her expedition, as she returns home to husband John, played by ER’s Goran Visnjic, and ‘Humanichs’ or ‘human robot’ son Ethan, played by One Tree Hill’s Pierce Gagnon.

Extant, produced by Steven Spielberg, premieres on July 9 on CBS.