Wickedness: Father and son douse boy in gas, light him on fire, then videotape it (PICTURED)

A man from Pennsylvania has been arrested for pouring a flammable liquid on his then-girlfriend’s seven-year-old son and setting him alight.

Police say the man, from Saxonburg, brought his own 15-year-old son along for the attack and proceeded to set the younger boy’s shirt on fire.

Edward B. Myers, 35, allegedly used his cell phone to film the assault as he watched the boy burn. 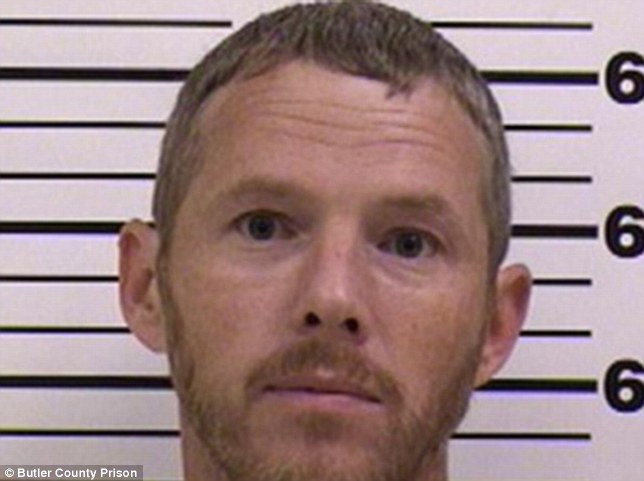 Police say a western Pennsylvania man is facing charges for allegedly dousing a seven-year-old boy with flammable liquid and then letting his own son set the child on fire.

Myers and his two sons ages 11 and 15, also repeatedly shot the victim with air guns.

Police say the boy was taken to the hospital for third-degree burns on his face and chest, and welts on his forehead.

According to court papers, the boy told police that after his mother left their house, Mr. Myers who was dating her at the time along with his two sons shot him with pellets from an airgun.

‘He asked them to stop, but they would not,’ the complaint said. 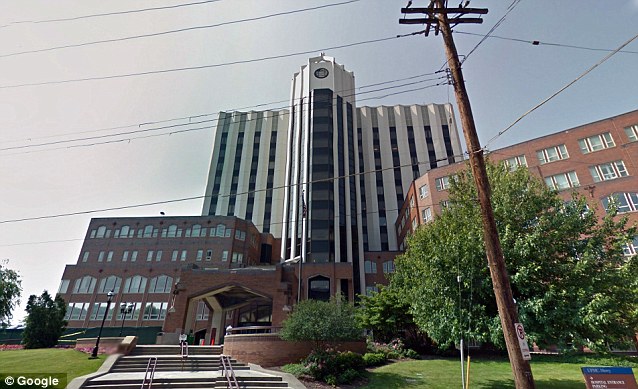 Burns unit: The 7-year-old boy was taken for specialist treatment at UPMC Mercy medical center in Pittsburgh after receiving burns on 10 per cent of his body

Later, he said Mr. Myers threw something into his eyes that felt like sand and burned, and when the boy went into the bathroom to rinse his eyes out, the man poured nail polish remover on him.

The little boy told police, ‘None of the Myers called anyone to help him, and ‘it seemed like hours’ before his mother came back and took him to the hospital.’

The burns covered about 10 percent of his body.

Myers is in Butler County Prison on $250,000 bail whilst his 15-year-old son is facing similar charges in juvenile court.