WTH! Student hit by train after homeless man pushed her on the tracks for ‘refusing to give him money’

A student has been left with horrific injuries after she was pushed in front of a train by a homeless man on Wednesday morning.

The 21-year-old was allegedly shoved on the tracks at White Plains station in New York after she refused to give money to a 39-year-old who lives in a shelter.

Shocked commuters described seeing her mangled legs on the tracks, and some followed the man and held him until police arrived. 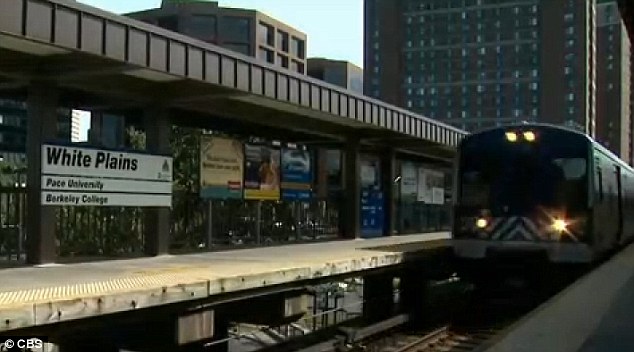 Horror: A 21-year-old student was pushed under a train at White Plains in New York

Gary Waxman, who runs a news stand at the station, told CBS New York: ‘She refused to give him money and he pushed her in front of a train.’

He added that the man was often seen in the station, and said: ‘Fingers were gone, legs were mangled – that’s what I heard from police.’

The unidentified victim, who studies at Hunter College, was conscious when police arrived and was able to describe the attack.

An officer went on to the track and comforted the student, who had been on her way to New York City, while they waited for an ambulance.

No passengers were on the train that hit the young woman. 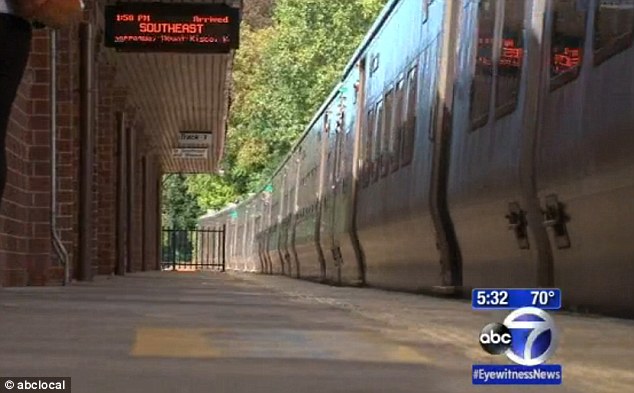 Arrest: A homeless man has been charged with attempted murder after allegedly shoving the young woman

Mickens has a lengthy criminal record, including five alleged violent felonies, according to Lohud.com.

Mr Waxman said Mickens had been begging at the station for several months. ‘He stands out in front and asks for money … Today he decided he was going to flip out and do something,’ he said.

The victim’s brother told ABC 7: ‘I’m just thankful that she’s alive,’ adding that her condition was stable and she was due to have surgery.