This Russian diver had intended to land himself a nice catch after jumping into the fishing waters off Norway.

But as these pictures show, he instead found himself as the catch of the day after a large monkfish decided to attempt to eat his arm.

The man was captured on video with his hand and lower arm trapped in the powerful jaws of the fish, which refused to let go. 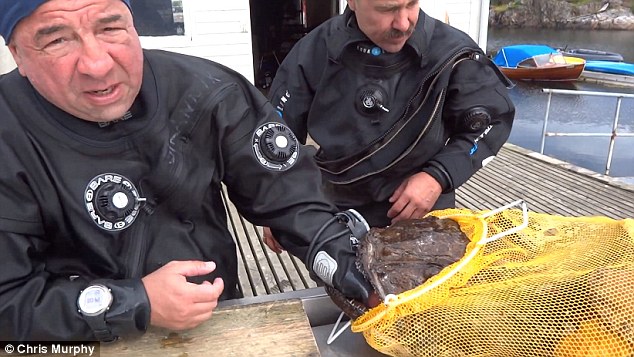 Painful: A Russian diver found that he was the catch of the day after a large monkfish decided to bite his hand and arm Nasty: It is no wonder the diver – who was attempting to catch fish off Norway – was in pain. The jaws of a monkfish are lined with dozens of long jagged razor-sharp teeth

With his face contorted in agony, the diver screamed out as his friends battled to free his arm.

And its no wonder he looked in pain – the jaws of a monkfish are lined with dozens of long jagged razor-sharp teeth.

At one point, the feisty monkfish finds some renewed energy and chomps down even harder despite the efforts of the other divers to release the arm.

Eventually, with the help of wooden beams, a knife, and a metal pole, the group finally manage to wrangle the mouth open and free the man’s left hand. 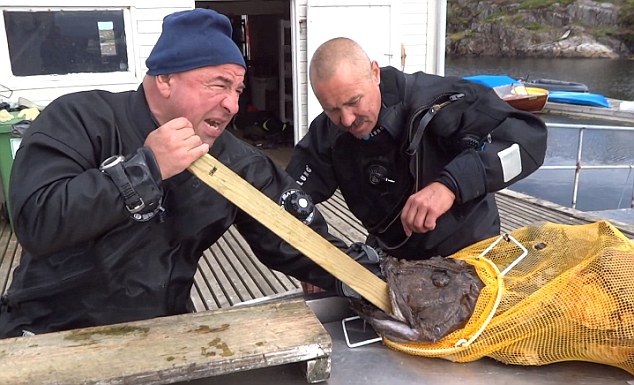 Trapped: The man and his friends attempt all manner of different methods to release his arm – including using this large piece of wood 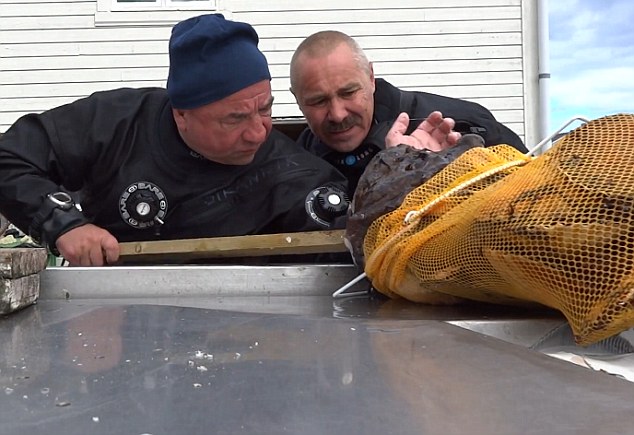 Relief: Eventually the man’s hand is freed by the large fish

The relief is clear to see as the diver, named Boris, from Belarus, examines the damage done by his catch.

And then he managed to muster a wry smile as he poses with the fish for the camera.

He was one of several divers who annually visit the fishing waters off Norway to see what they can find – this time the fish found Boris. 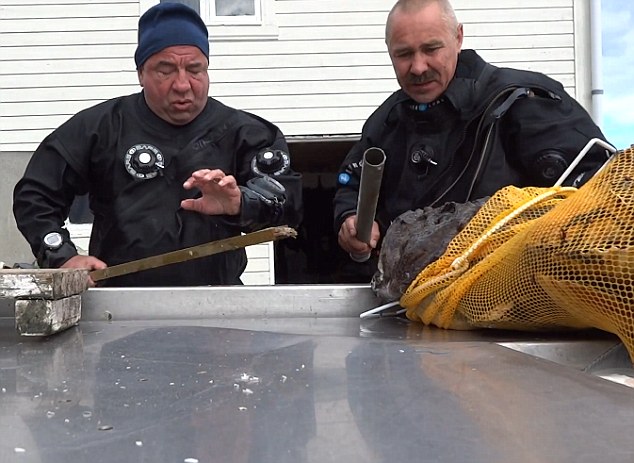 Sore: The diver’s expression tells you everything you need to know about the pain he has just endured 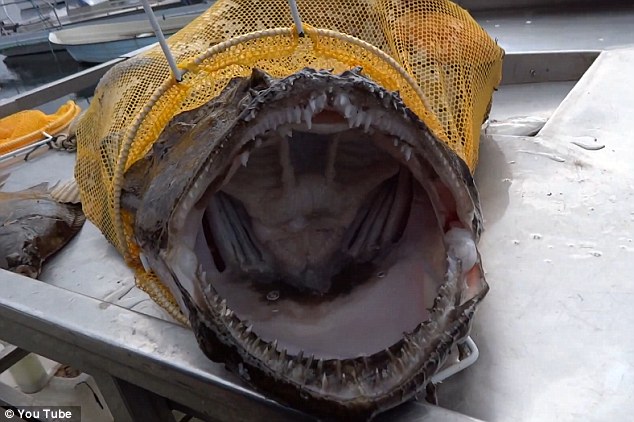 Big: This picture captures just how large the inside of the monkfish’s mouth is

Monkfish is the English name of a number of types of fish in the northwest Atlantic.

Growing to a length of more than 1.5 metres, they typically swallow fish whole.

The largest one ever recorded weighed 253 lb and was caught on January 7, 2012, by Frank-Rune Kopperud of Norway.
Read more: Daily Mail