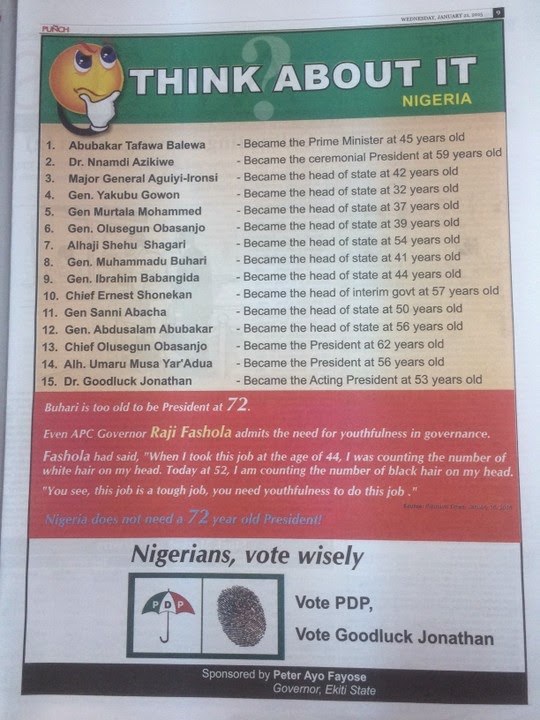 Despite the largely negative feedback on social media for his controversial advert on the front-page of the Punch on Monday, Governor Ayo Fayose appears not to be moved by what you think.

In the ad on Page 9. of the Punch, he emphasized that Buhari is too old to be President at 72 and went ahead to throw in one of Governor Babatunde Fashola’s quotable quotes for good measure.

And just in case you want to criticize him, he doesn’t seem to care – what matters is his loyalty to President Jonathan as he had made absolutely care before now.

“What I believe in my life is absolute loyalty and that is my own philosophy about politics. It is either I am for you or I am against you. President Goodluck Jonathan supported me when I was contesting and this is a payback time. We have to support him because it was God that brought him into power.”

“Apart from the fact that President Jonathan has done his best for Nigeria, presidency is a very powerful position that needed a humble personality like Jonathan to superintend over. So Ekiti must stand up for Jonathan and I want to assure you, he will not forget you,” he said.