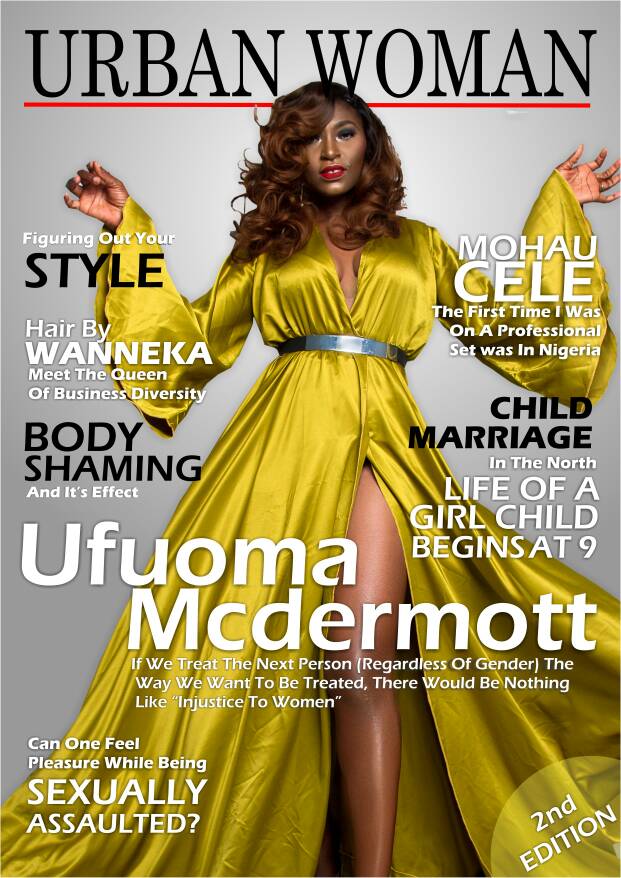 The long-anticipated 2nd Edition of Urban Woman Magazine is finally out! This edition gives insights into issues that women in some parts of Nigeria struggle with, while also answering the one question that has made seeking justice for sexual abuse for many, difficult.

“In this edition, we sought to answer the question, “Can one feel pleasure during an abuse?” There is a lot of controversy around this topic and one way to know the answer to this mind-boggling question is by reading this edition. This edition also saw Urban Woman Magazine delving into the concept of Child Marriage to give an overview of what the average girl child from the North goes through”, said Blessing Iyamadiken, the Editor-In-Chief.

Featured in this edition is Nigerian Actress, Ufuoma McDermott. On this edition, she takes Urban Woman Magazine on a walk through her journey from starting a career in acting to where she is now. We learn about her highs and lows and a little bit of her personal life. Also featured on this edition is Mrs Nwanneka Doris Nkumah of Hair By Wanneka, who is known for her diversity in business; and South African Actress Mohau Mokoatle-Cele who starred in MTV Base Shuga as Bongi.

This magazine promises to be an exciting and entertaining read and can be downloaded via www.urbanwomanmag.com