Here are details of the strategic dialogue between the U.S. and Kuwait 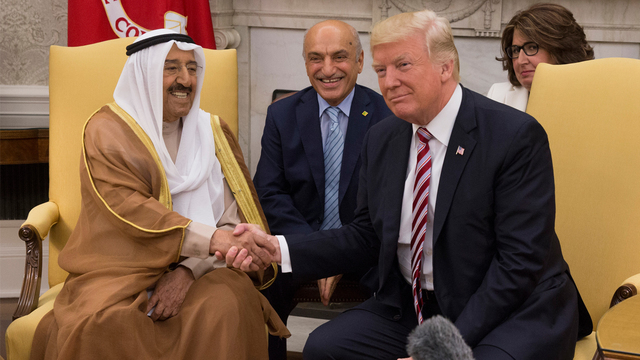 Following the visit of Kuwait’s leader Sheikh Jaber al-Ahmad al-Sabah, to the White House and the subsequent meetings between the Emir and President Trump, Secretary of State, Rex Tillerson met with senior officials from the Kuwait government in a strategic dialogue on Friday to discuss relations across all spheres between both nations going forward.

These are the details of the discussion:

Rex Tillerson expressed his recognition of the Kuwait Emir’s leadership and promised to continue to support Kuwait’s efforts to help bring about a settlement to the GCC dispute, including Egypt.

The United States also had a deep appreciation for Kuwait’s leadership on humanitarian commitments which it says has helped stabilise the region. In recent years, Kuwait has provided more than $9 billion in humanitarian support in Syria, Iraq, Jordan, and Lebanon. Kuwait is thus the second largest single-country donor to these efforts worldwide after the United States.

• Education between the two countries

Also, efforts are on top gear to increase the number of Kuwaits studying in the United States to 15,000.

At the military level, Kuwait supports and provides facilities to the U.S. armed forces, which works within the global coalition to fight and combat ISIS.

On security, both countries signed the arrangement HSPD-6 to fight terrorism and share information in that context and also to have cooperation to address the security holes in Kuwait International Airport.

At the economic and investment level, there was an economic forum on Wednesday that was favourably and widely received with the participation of the deputy prime minister and minister of finance from Kuwait and the commerce secretary from the U.S. side and presence and participation of a number of the participants from the Kuwaiti and American business communities to discuss the opportunities for mutual investment.

Kuwaiti investments in the U.S. has reached more than 400 billion U.S. dollars in various sectors.