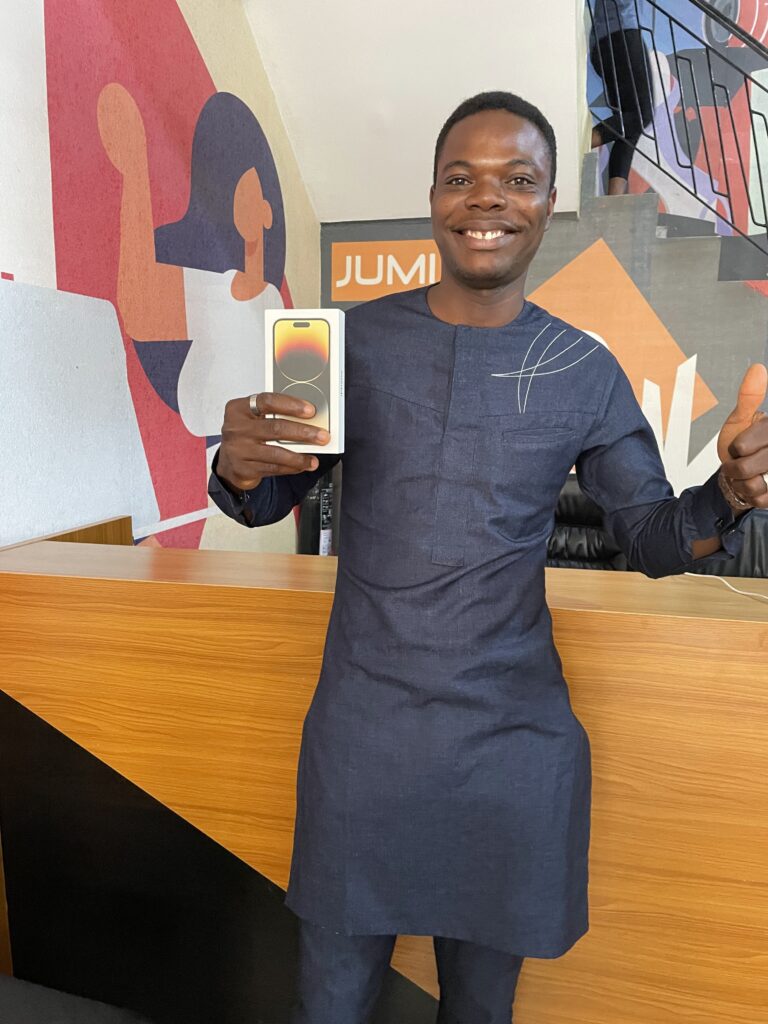 The 2022 edition themed “Beat Sapa” allowed many consumers to benefit from great offers on a wide range of products across various categories. In addition, shoppers were delighted with Treasure Hunt, Flash sales and other games where they had the chance to win additional prizes courtesy of Jumia and their partners.

Oyindamola Adesina, a 25-year-old primary school teacher, joined several lucky customers who benefited from Jumia’s treasure hunt as she received a voucher worth 200,000 Naira at Jumia Nigeria’s office in Lagos.

Adesina had been using the app for as long as she could remember. “I have been using the Jumia app for a while, and I have seen and taken part in the Black Friday Sales, but I hadn’t taken part in any of their games. I just believed too many people would join in, and I stood no chance at winning.” However, during the just concluded 2022 Black Friday sales, the mother of one took part in the games for the fun of it. “I was browsing the app and saw the notification that the Treasure Hunt was on. So I decided to join in because I had nothing to lose, and it was fun!”

The Ekiti native stated that she plans to use her winnings to shop for her young family while expressing gratitude to the company. ‘I am grateful to Jumia for giving me this opportunity and voucher.” It couldn’t have come at a better time, and I intend to use it for myself and my family. They have made my life and this festive period better’.

Another winner, Caleb Akinola Fakoya, who described his win as a blessing that came through disappointment, couldn’t believe his eyes as he won an iPhone 13 Pro Max. “Jumia is so generous. They want to give to people, and they still give numerous updates and notifications on how everybody can benefit. I was just scrolling through the app after a stressful day and stumbled on the iPhone. It was for 10,000 Naira on the app, so I decided to try it.”

Aloba Segun, a 400-level student at UNILAG who also won a 200,000 naira shopping voucher, mentioned that he has been using the Jumia app for over five years. “I am excited about this win because it came at the right time. It will assist me in getting the things I need for school.”

Since its introduction into the Nigerian market in 2014, consumers have leveraged Jumia Black Friday to shop for their needs at the best prices.