Suzanne Wise suffered terrifying abuse for ten years at the hands of her violent husband.

The only time that Jason Wise didn’t attack his wife was when she was pregnant and so in a desperate attempt to stop the beatings Suzanne tried her hardest to be pregnant as often as possible.

There were 13 pregnancies in all, resulting in 4 children. 30-year-old Suzanne finally found the courage to leave her husband and have him arrested after he attempted to kill her in a drunken rage while two of her children were in the house. 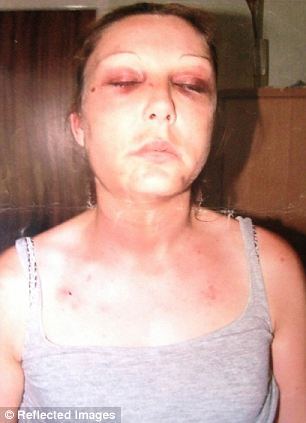 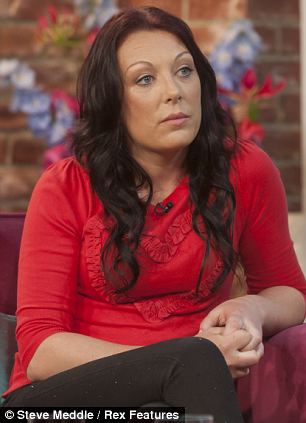 Suzanne Wise suffered ten years of abuse at the hands of her husband Jason. His final attack in 2009 almost killed her (left) and today she appeared on This Morning (right) to warn other women of the dangers of living with a violent man

She escaped that night by biting him in the testicles so hard that it gave her the chance to run to a neighbour who called the police and an ambulance and Suzanne was rushed to hospital.

Jason, 40, is now serving a four-year prison sentence for that attack and today Suzanne appeared on This Morning to encourage other women in similiar situations to leave.

She said: ‘I can’t believe I stayed there so long. When he was charming he was brilliant, the best …  when he was evil he was the the worst.

‘The first time he strangled me with a bed frame – about two weeks in to the relationship.

‘But I thought it was me making him be like that.

Describing the awful night that she realised he actually wanted to kill her Suzanne, who works as an assistant in a care home, said: ‘We were staying apart at the time, he broke in through the bedroom window, I felt some spit on my face, he was crouching down next to me spitting and trying to poke my eyes out.

‘He threw me down the stairs, he strangled me. He was hitting me with the side of a knife’

‘At one point I thought this was my last breath … so I reached out and just bit.’ 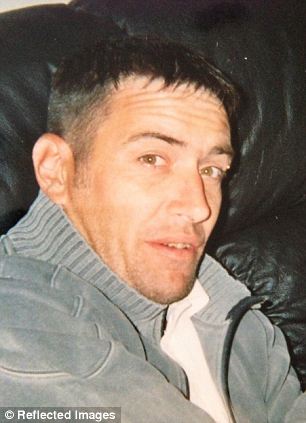 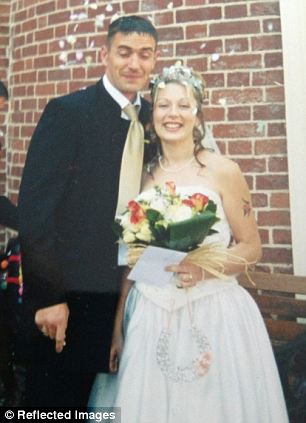 Jason is ten years older than Suzanne. The violence started just two weeks after they met and she says she was too scared to say no when he proposed

Gardener Jason was arrested and admitted to a sustained and serious assault on Suzanne and to threatening to kill her and finally sent to prison.

Suzanne had made complaints to the police before, but always withdrew her statement soon afterwards.

She told The Sun: ‘He would always say sorry, promise it’d never happen again and even cry until it was me feeling sorry for him. I started to think, ‘Did I provoke him?’ I was sinking into a really deep depression. I shut everyone else out.

‘I couldn’t see it at the time but he was just crushing my confidence until I felt like I needed him and that I couldn’t leave. I’d tell myself that I had to stay with him for the kids’ sake, that I couldn’t cope on my own. He’d beaten all my self-respect out of me. I tried to be a proper wife. I cooked, I cleaned. I kept thinking I could change him. But he couldn’t be changed.

In 2009 Jason attacked Suzanne while she was pregnant. The beating was so savage that her liver spilt, but she didn’t lose the baby.

The police and social services became involved and Jason was given a community order preventing him from coming near Suzanne.

Two months later he broke into her house for his final attack. She added: ‘Somehow I knew that it had to happen, that there would have to be a culmination like that.

‘I wasn’t even as scared as I should have been because I was so used to his violence by then.’

Jason is forbidden from returning to the area where Suzanne lives on his release.

She fears he may track her down anyway but told hosts Eammon and Ruth that she is confident that she will not take him back and that she is strong enough now to be by herself.

She said: ‘It’s the first time in my life that I am happy.

‘I thought I could change him but you can only change yourself, you can’t change anyone else.’ 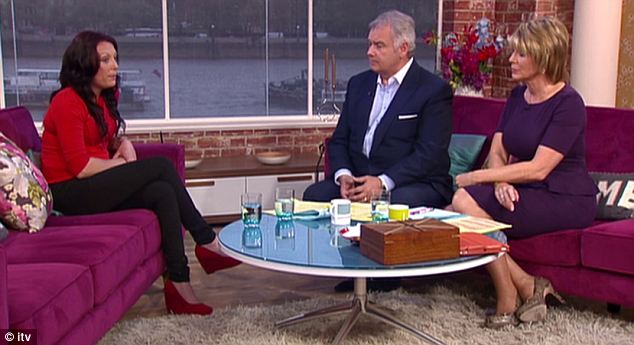