In the NUDE! Model, Rosie Huntington-Whiteley poses in see-through top at the Paris Fashion Week (PHOTOS)

Rosie Huntington-Whiteley may have been a stranger to the catwalk at London Fashion Week, but she was the pièce de résistance at Balmain’s Paris show on Thursday.

The 26-year old model/actress closed the runway, which showcased the French designer label’s collection for Spring/Summer 2014, in nude fashion.

Not only was she not wearing make-up but her top was see-through too, with the intricate design strategically protecting her modesty. 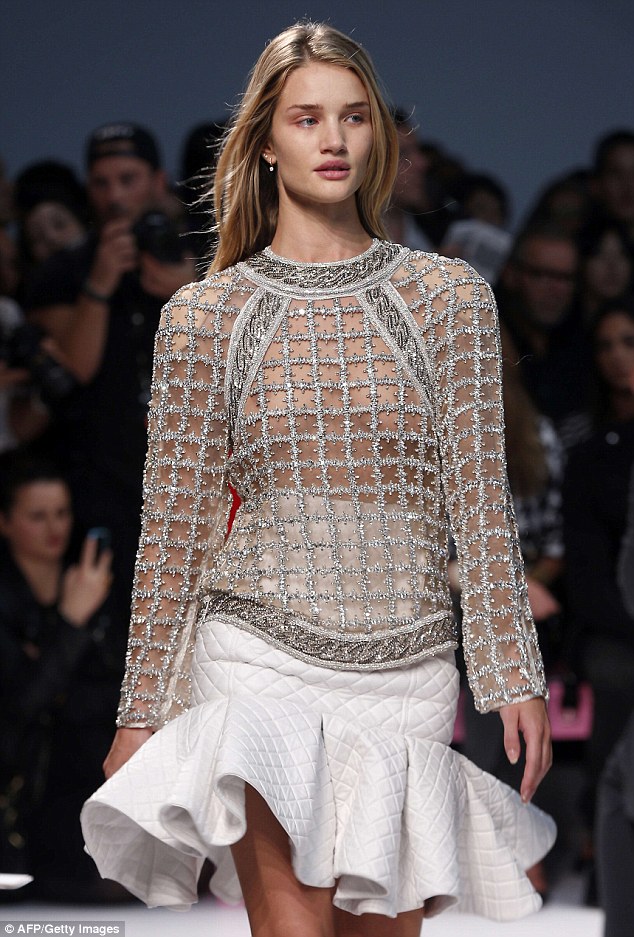 Going for the au naturel look, make-up artist Tom Pecheux sent the models down the runway with only a touch of concealer where necessary.

But where the sparkle was lacking of Rosie’s face it certainly was made up in he dazzling attire, wearing a long-sleeved top featuring a medieval check of silver and sheer mesh, with a quilted white high-waisted skirt and an exaggerrated, folded hemline.

Just like her mae-up, Rosie’s hair was kept natural, style straight down her back as she walked the Balmain runway along with fellow Brit models Georgia May Jagger and Edie Campbell.

Quilted: The new season collection focused on texture, from quilted jackets and skirts, to beaded and chainmail check 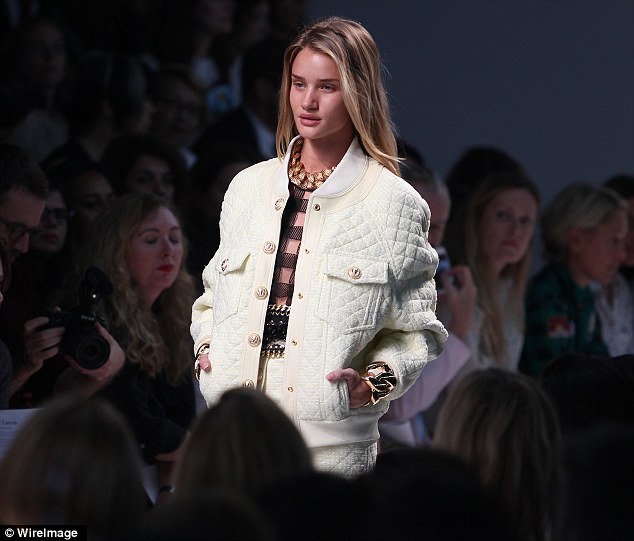 Simple: Even Rosie’s hair was given the natural treatment, with minimal styling for the runway

No mascara necessary: make-up artist Tom Pecheux sent the models down the runway with only a touch of concealer where needed

In the front row was Jason Statham, who has accompanied his girlfriend to the French capital to attend the city’s Fashion Week events, but it was only a week ago that they were rumoured to have split after three years of dating.

But yesterday their arrival in the city put paid to the split talk as they put on a very public display of unity, holding hands as they walked through the French capital.

They looked like there hadn’t been a break at all as they held hands on Thursday, as they left their hotel, Le Bristol.