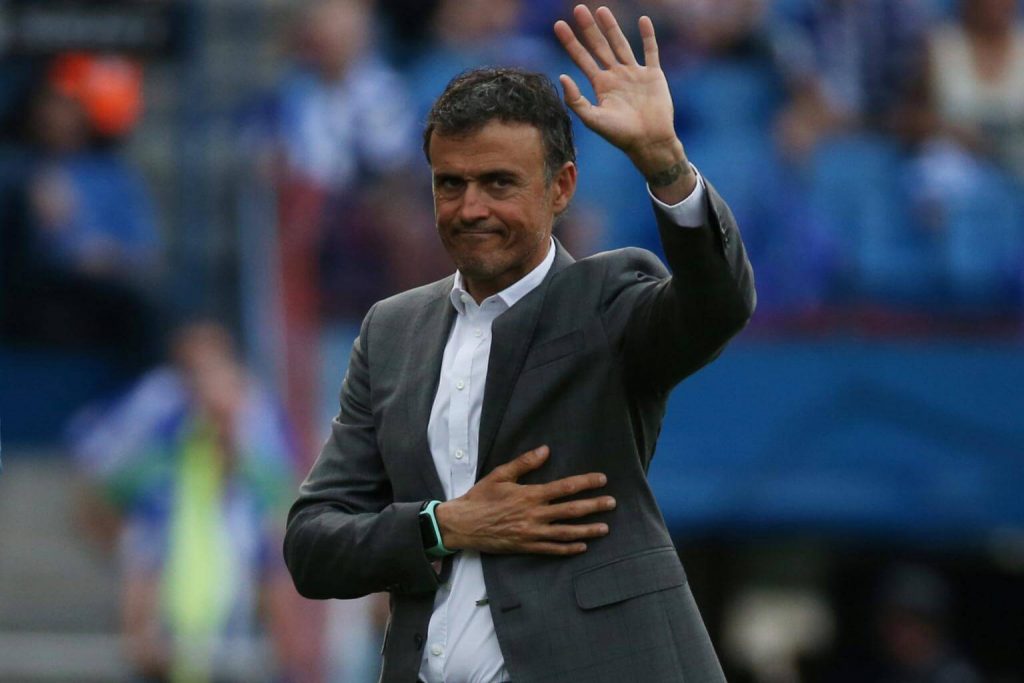 Highly sought after coach Luis Enrique has been appointed the new Spain coach after his predecessor Fernando Hierro stepped down after a morbid World Cup campaign where Julen Lopotegui was fired by the Spanish Football Federation just two days before their World Cup opener and Sporting Director at the time Fernando Hierro took over as interim manager.

It however seems the weight of defeat was too great for Fernando Hierro as he stepped down as the manager, as well as Sporting Director after Spain crashed out in the round of 16 to Russia. Former Barcelona manager Luis Enrique will take charge of the Spanish National team and his first game will be against England in September.

Jose Francisco Molina, Spain’s new Sporting Director stated that “We need a successful coach, who’s modern and who knows the game style but can make small adjustments. We can’t swipe everything clean, with regards to all the work carried out”

Enrique put pen to paper to two year contract with Spain and will look to lead Spain to a more prosperous path after a series of below par tournament performances from the 2014 World Cup.

I personally feel Luis Enrique was better off working in club football. If he was patient enough he would have secured a more glamorous and demanding appointment in the top leagues in Europe. It sometimes feels like national team management is boring and measured – a coaching lifestyle that might not suit a young vibrant manager like Enrique.