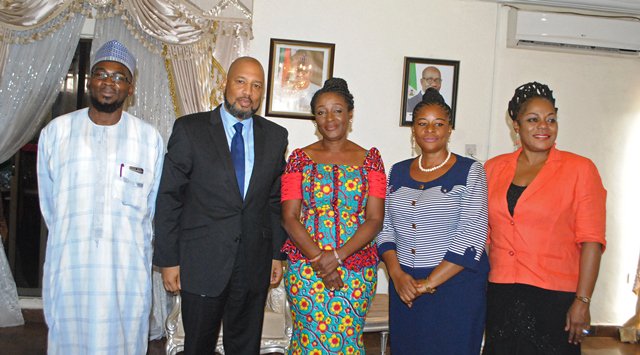 According to a representative of the World Bank, Umar Hamza, the Nigeria Governors’ Forum has ranked the Edo State Government as the best reform-driven state in Nigeria.

Mr Hamza, who is Team Leader on the Women Initiative for Socio-economic Empowerment (WISE) programme, a proposed five-year project by the World Bank, said that the ranking informed the selection of Edo as a beneficiary of the WISE project.

Specifically, he stressed that the successes recorded with past projects and reforms in the state gave Edo the slot.

He disclosed this during a meeting of the Assessment Team of the project at the Government House, Benin City, with the Edo First Lady, Mrs. Betsy Obaseki.

Mr Hamza said Edo was shortlisted as one of the states “where the project will be done going by the recommendations made by the Nigeria Governors’ Forum that the state ranks the highest in terms of reform-driven states in the country.”

She said her office is keying into the 200,000 jobs initiative of the State Governor, Mr Obaseki, by empowering women, who would take to agricultural production and entrepreneurship.

“We are targeting 1000 women from each of the 18 local government areas to train them on poultry production. We started the pilot phase under the Edo Women for Agriculture and Enterprise Initiative (EWEAI) in March this year and the outcome was successful.

“We are also setting up women cooperatives and getting partners to help us create smallholder women farmers across the state in vegetable production with the intention to export the vegetables,” she said.

Noting that her office is pursuing these wide-ranging initiatives to discourage human trafficking, she said, “We want to put the necessary structures in place to ensure that Edo will compete with Lagos in supporting women empowerment.”

Mrs Obaseki said part of the plans include building an academy where successful Edo female entrepreneurs will train young girls on entrepreneurial skills, adding, “We have identified the Lady Mechanic Initiative and women cobbler to train returnees and young female school dropouts to give them skills for sustainable livelihoods.

“The Lady Mechanic Initiative is training young girls on vehicle refurbishment and has refurbished many vehicles for the state government.”

The first lady also noted that her office is working to link market women to financial institutions and create opportunities for women in other business ventures to access funds.