Oh-la-la: Meet the world’s sexiest sports minister, and she even goes nude! (LOOK)

Venezuela’s new sports minister is Alejandra Benitez (definitely not related to the Chelsea FC gaffer), a veteran athlete with sterling accomplishments. Benitez was the Olympic fencing champion in the 2004, 2008, and 2012 editions of the global games.

She was appointed as minister by former president Hugo Chavez’s successor, Nicolas Maduro.

Benitez, 32, became the toast of newsmen when suggestive photos she reportedly took before the 2008 Olympics resurfaced in the media earning her the title Maduro’s sexy minister.

And she flaunts it! 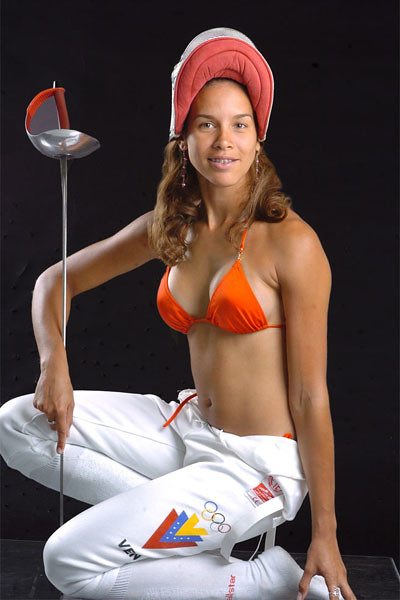