Naked & wild: Chinese couple strip in the middle of the street over heated argument (Viewer Discretion)

It was a fierce and very public row that was just too hot to handle.

Standing in the middle of the street screaming at each, this young Chinese couple found the only way to cool things down was to remove their clothes.

So they did just that with first the man and then the woman performing a striptease for motorists and passers-by in Dongguan, Guangdong Province. 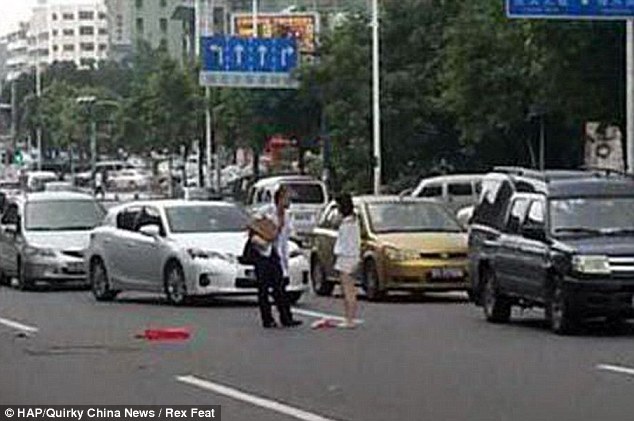 Feeling the heat: The couple were seen arguing in the middle of the street in Dongguan, Guangdong Province, China 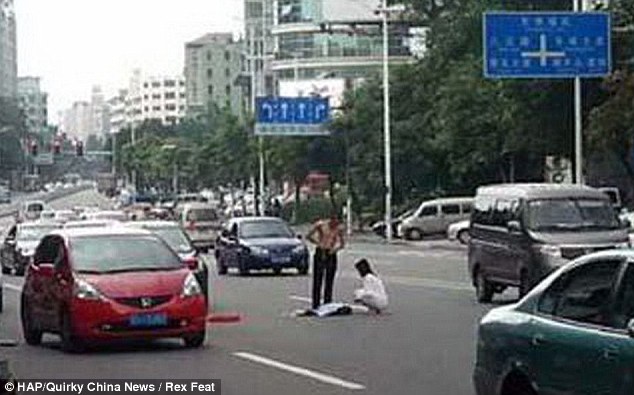 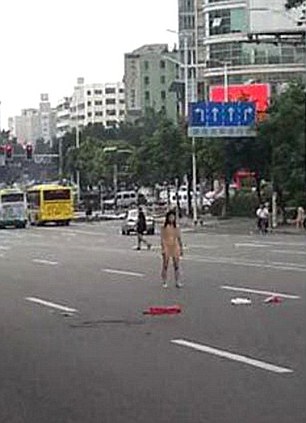 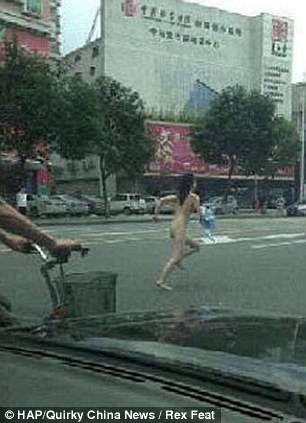 Naked as the day she was born: The woman removed all her clothes and then ran down the street

Amazingly, few took little notice even when the girl stood stark naked in the middle of the street.

But witness Jiang Dayu did have the foresight to snap the scenes on his mobile phone.

‘The couple started to quarrel at the roadside, then moved to the middle of the street’, he said.

‘They completely ignored the traffic that was driving past even though people were beeping their horns and having to weave around them.’

But despite the ferocity of the quarrel, the pair eventually settled their differences, hugged and left the scene together.

Quite why the woman still refused to put her clothes back on remains a mystery. 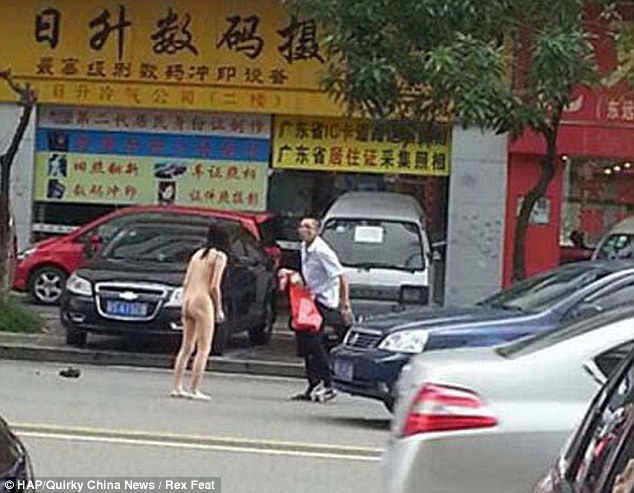 Still shouting: It is unclear what provoked the argument or why so few people in the street took any notice 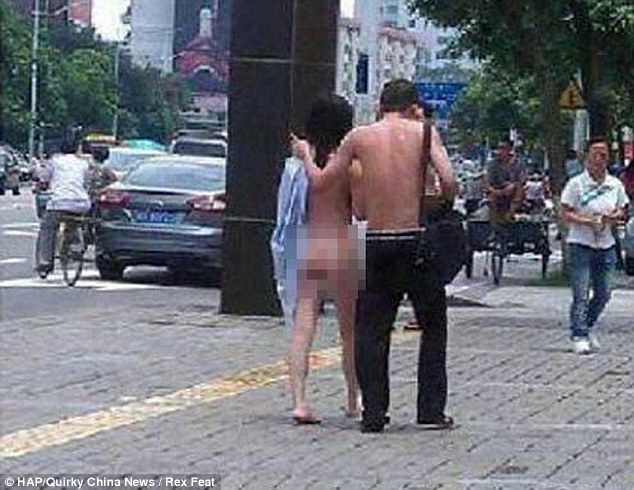 Reconciliation: But the pair eventually made up, hugging each other and walking down the street with the woman partially draped in a shirt