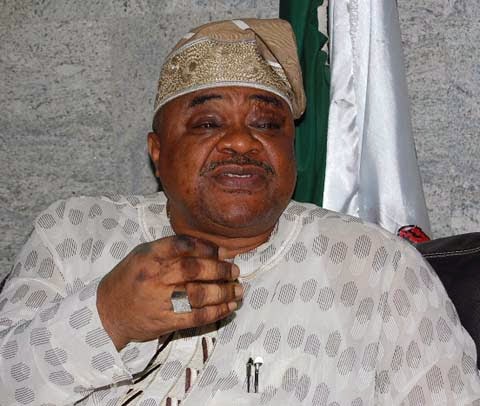 Former Governor of Oyo , Adebayo Alao-Akala has been criticized many times for lightening his skin or ‘bleaching’ as it is popularly called.
The former governor has spoken his mind on the issue and denied it in its entirety.
In a recent interview, Chief Alao-Akala, is said to have stated that he is not bleaching his skin and also that anyone who thinks that of him is very stupid.
LIB reports:

During the interview, a reporter asked him, ‘Is it part of your own fashion to bleach?’
Alao-Akala replied…

Bleach? That is stupidity; you are asking a very stupid question, how can I bleach? You are very stupid to ask that question. What do you mean by that? What gave you that impression?

(He pulled up his clothes and singlet to show his fair complexion.)

Is this bleaching? Have you seen the cream that I use that makes me bleach or did you know me when I was black? So if you want to write that, put it there that I said you are very stupid to ask me that kind of question.
Don’t ask that kind of question again. What you don’t know; you ask. You don’t even know my parents. Is my wife complaining or my children? I don’t know what gave anybody the impression that I bleach. You don’t know me; do you know what it takes to bleach?