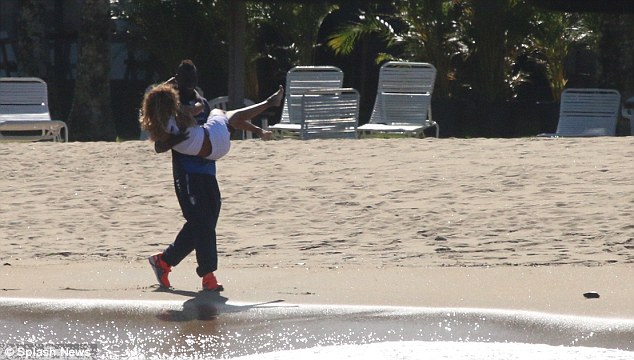 He has had an up and down World Cup so far after scoring against England and then missing a hatful of chances against Costa Rica.

But Mario Balotelli’s personal life is only going in an upwards direction as is evident from new pictures of the footballer carrying his fiancée Fanny Neguesha along the beach just one day after she accepted his offer of marriage earlier in June.

The pair looked every inch the ideal couple as he strolled along the sand with the Belgian beauty in his arms.

The Italian star is seen wearing his national team’s tracksuit on the beach as he and Fanny spent some quality time together.

Fanny looks stunning in a tiny pair of white shorts teamed with a matching white top.

This comes after the striker paused his World Cup preparations to propose to girlfriend Fanny ahead of Italy’s clash with England in Manaus, Brazil, earlier this month. 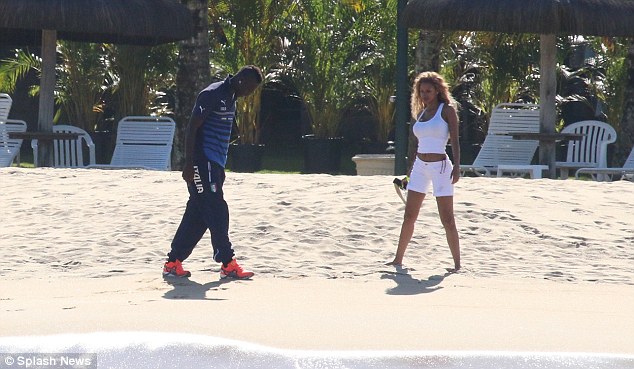 Fun in the sun: Fanny looks stunning in a tiny pair of white shorts teamed with a matching white top 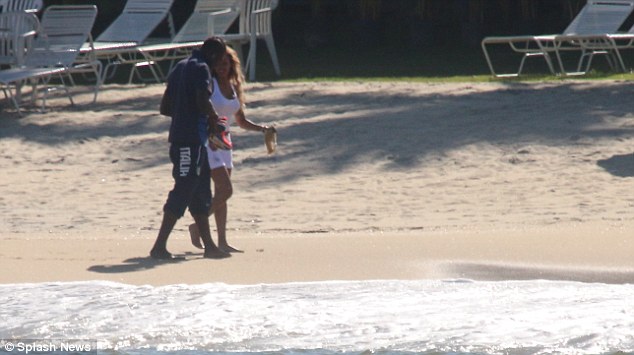 Happily chatting: The Italian star is seen wearing his national team’s tracksuit on the beach as he and Fanny spent some time together

The controversial player took to Instagram to confirm that his on/off partner had said yes, posting an image of his new fiancee’s hand adorned with a sparkling ring.

Balotelli accompanied the image with the message: ‘She said yes.. The most important yes in my life. That was the place of my question! I Love you and happy birthday too! Je t’aime my WIFE (sic)’

The former Manchester City man also included a photo of the setting for his proposal, which is believed to be near Mangaratiba, Italy’s base for the World Cup. 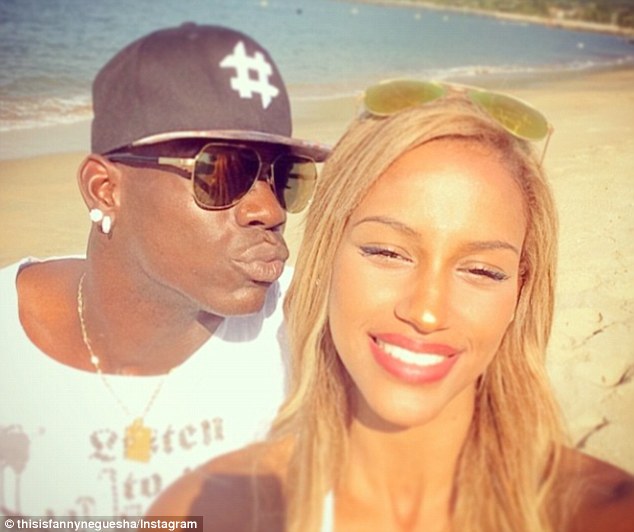 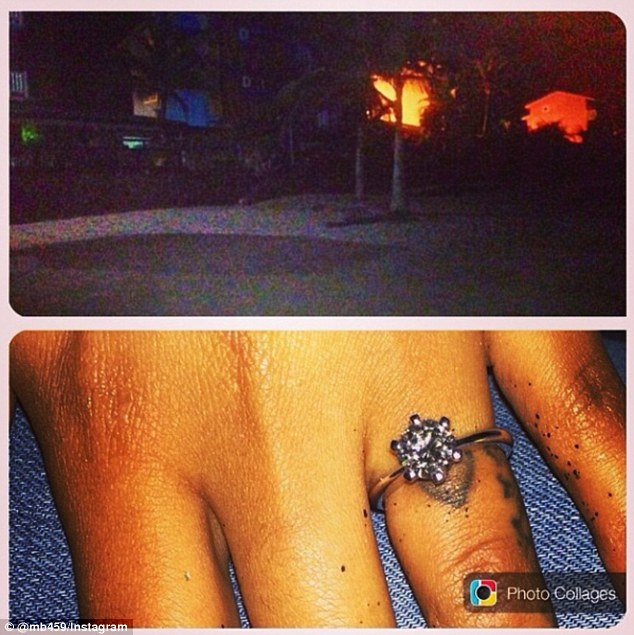 Confirmation: Balotelli posted these images of Fanny wearing a ring and the place he popped the question to Instagram

Balotelli’s proposal topped off a special night for Fanny, who was celebrating her birthday with her family.

She captioned the image: ‘Tonight, I said the most important yes of my life. That was the best present for my birthday! I love you first and unique husband’. 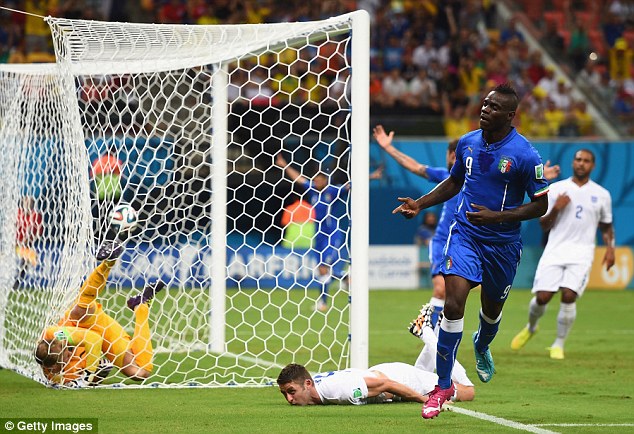 Something else to celebrate: Balotelli scored the winner for Italy against England earlier this month 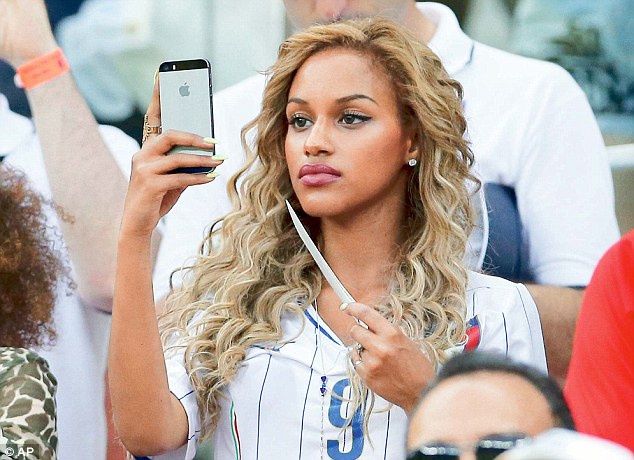 Showing her support: Fanny was seen watching Mario from the stands in Manaus as Italy took on England

The pair had previously endured some relationship troubles – Fanny announced she was single via social media at one point – but they now appear to be back on track.

Speaking about Fanny, Balotelli once stated that he could ‘spend his whole life with someone like this’.

The news came just a few days ahead of Italy’s opening game of the World Cup against England, which the Italians they went on to win 2-1, with Balotelli netting the winner. 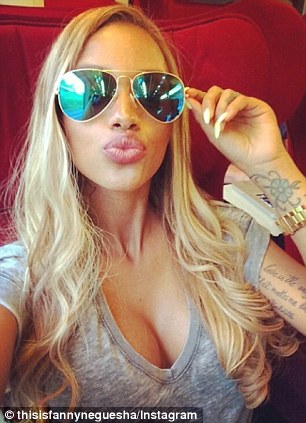 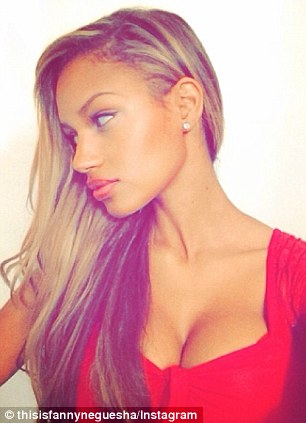 Looking good: Fanny now has over 70,000 followers on Instagram, where she regularly posts photos of herself 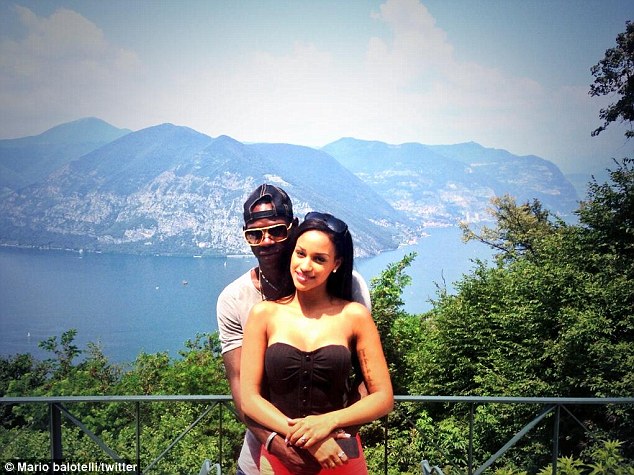 Just chillin’: Balotelli posted this picture of him and Fanny to Twitter earlier this year