We’ve seen Nollywood actresses go into singing so it shouldn’t be that much of a surprise to see a movement in the opposite direction.Waje, the beautiful artiste was recently seen on the set of a new movie with a yet-to-be-determined title.

According to reports, the movie is about a pastor and his wife who battle to save their daughter’s life and their troubled marriage.

The movie will also star Femi Jacobs, Patrick Doyle and others.

Waje is also putting finishing touches to her album which is due in about two months. 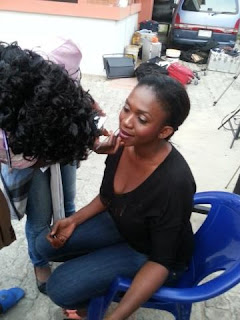