Seyi Shay has reiterated that she enjoys the attention she gets off people making mockery of her on-air blunders.

In her interview with Guardian Life as a cover star for their latest issue released on Saturday, she said after discovering the way her T-w-o- blunder went viral, she decided to just ride the wave.

She said “Sometimes, let people make fun of you – love hard, laugh harder. I made a particular mistake in December with the T-w-o thing, and it’s still funny. I figured, why not keep doing it, just for the LOLs, you know?”

She also revealed that her chart-topping hit Pack and Go was written by her collaborator on the song, Olamide and contrary to popular opinion, she didn’t write the song with domestic violence in mind.

The singer said ”Olamide actually wrote the song ‘Pack and Go’, but the funny thing is I didn’t record that song with any campaign against domestic violence in mind. My CSR has more to do with less privileged children.” 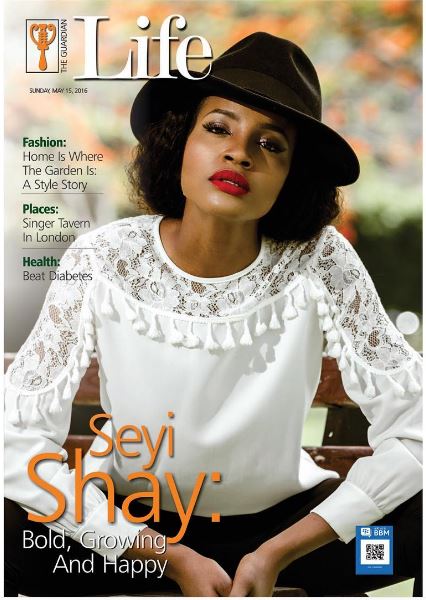