Frightening surveillance footage from Sunday morning shows the moment a Manhattan woman fought off an attempted rapist as she walked her dog.

The video shows a man who appears to be in his 20s approaching the woman from behind as she strolled the sidewalk at around 7 a.m. on 212th ST. in the Inwood neighborhood.

Pouncing upon his startled 30-year-old victim, the man attempts to rip off her clothes and reach into her shorts, but the brave lady is able to fight him off as she cries for help to passers-by. 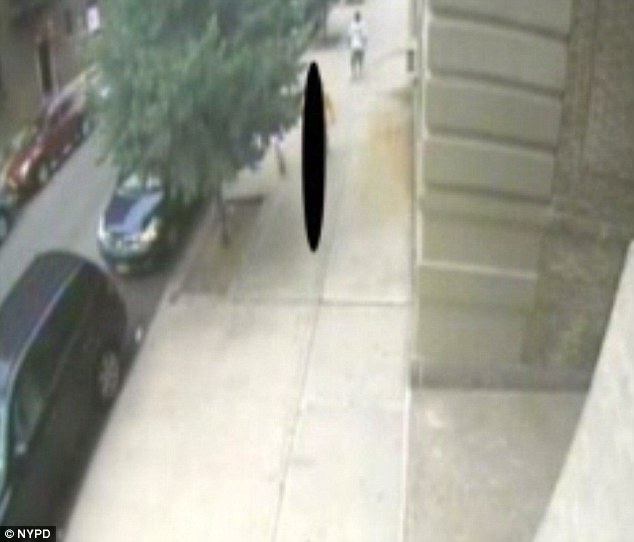 Followed: The lady (whose face has been blurred) is being trailed by the man (visible behind her)

The video then shows the man running away. The suspect was dressed in a white T-shirt, denim shorts, sneakers and a red baseball cap and appeared to be 6 feet tall and 180 pounds. 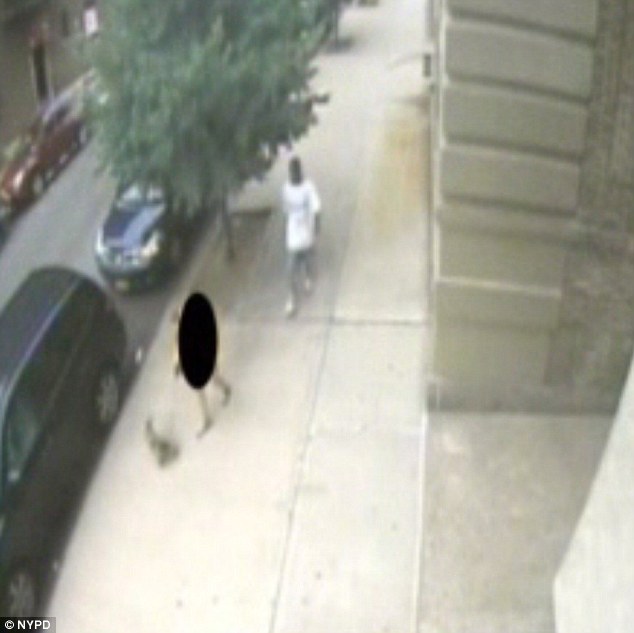 Moving In: The woman bends down to check on her dog while the would-be rapist approaches the lady in Manhattan 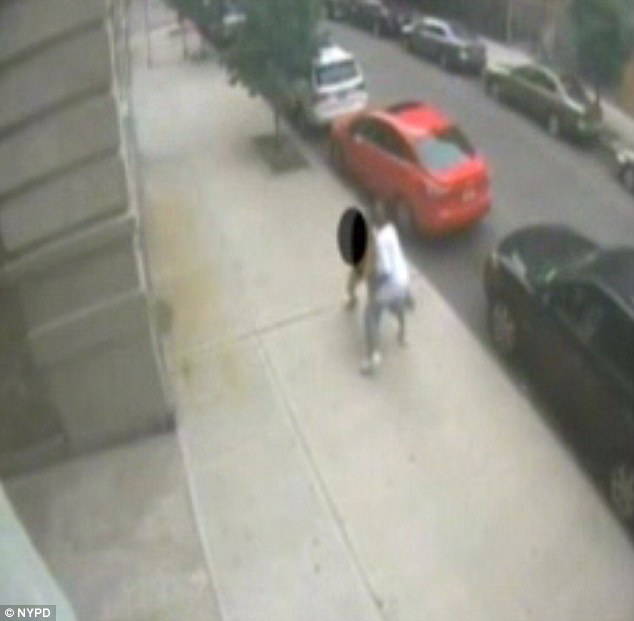 Terrifying: The man tried to bear hug the woman – who begins to thrash wildly 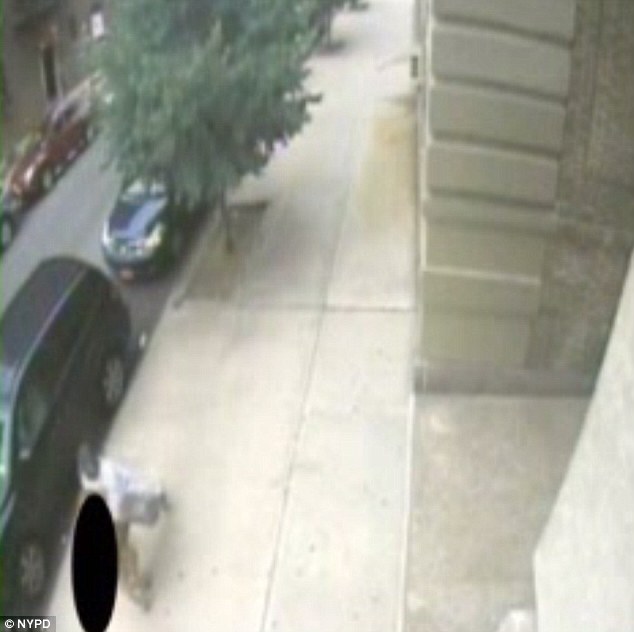 Saved: The man stops his rape attempt as members of the public rush to the ladies help