A four-year-old girl accidentally drowned her younger brother in a tragic bath accident by turning on the taps, an inquest heard. Muhammad Hayan Khurram, two, died in just inches of water while his parents were out of the room. Muhammad, known as Hayan, had been left in a large bucket which was a third full with water and placed in the bath tub at his family home in Bradford. His older sister, who was the only other person in the room, had also wanted a bath and turned on the water while their mother was away collecting towels and tidying up. 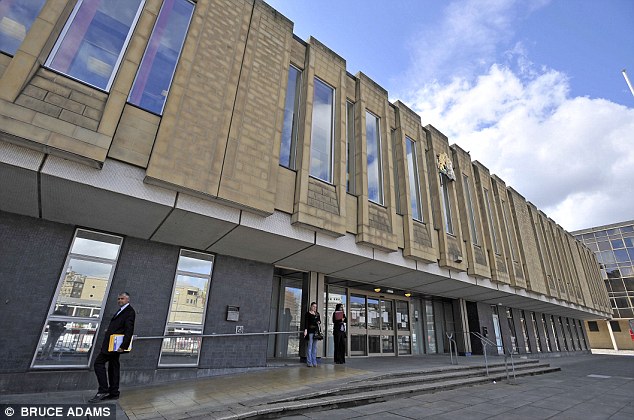 Tragic: Mary Burke, assistant coroner at Bradford Magistrates Court, above, recorded a verdict of accidental death after it was established that the four-year-old girl was strong enough turn on the taps

The four-year-old got undressed and turned on the taps, before climbing into the tub alongside her brother’s bucket. Somehow the bucket, which the hearing heard that Hayan loved being bathed in, tipped over sending the young boy face down in the water where he drowned. His mother told the inquest, at Bradford Coroner’s court, that his sister had been crying because she wanted a bath first on the evening of November 24 last year. She had left them alone for a few moments at their house in Crawford Street, Bradford, but when she returned she saw Muhammad face down in the water. Mrs Khurram said her daughter looked shocked and was now undressed and standing in the bath with taps running, saying ‘Hayan fell over’. Mrs Khurram lifted her son out of the bath before taking him downstairs where she tried to revive him and dialled 999. Paramedics tried to revive the toddler but he later died at Bradford Royal Infirmary. A police investigation, which included a forensic post-mortem examination and testing, concluded that the young girl would be able to turn on the taps herself. Mrs Khurram told police her daughter loved her brother, was kind and caring and wanted to include him in everything she did. Earlier in the investigation Hayan’s parents had been arrested on suspicion of manslaughter when Mrs Khurram lied to police about how the accident had occurred. 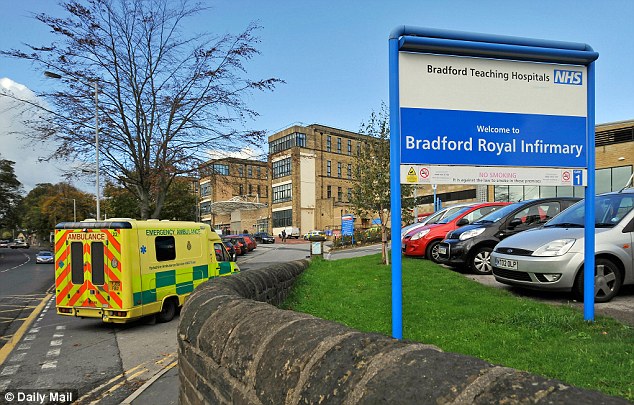 Emergency: Hayan’s mother called paramedics immediately when she found the youngster face down in the bath, they took him to Bradford Royal Infirmary but attempts to resuscitate the boy were unsuccessful

She told investigating officers that her son had been in the bath in a secure seat which had tipped forward. But after police questioned that version due to the seat’s stability, she admitted that the toddler had been left kneeling in the bucket instead. Police later decided that no further action should be taken against Mr and Mrs Khurram. Hayan had previously been diagnosed with developmental problems, which included difficulties with communication, sitting upright and also meant he had to be fed with soft food. The day before his death the two-year-old had been to a clinic for a check-up, the inquest heard that there was nothing medically that contributed to his death. Recording a verdict of accidental death, assistant Bradford coroner Mary Burke said: ‘This is a most tragic set of circumstances that certainly was never predicted and certainly not intended.’