A thug has admitted knocking a 16-year-old girl unconscious in an unprovoked street attack that left her with broken teeth and a split lip.

A court heard Michael Ayoade, 34, who smacked petite teenager Tasneem Kabir around the head as she was walking to college in east London, told police: ‘She started it’.

He was arrested thanks to an anonymous tip-off after police released CCTV footage of the shocking attack, which showed Ayoade casually jogging away while Miss Kabir lay unconscious on the ground. 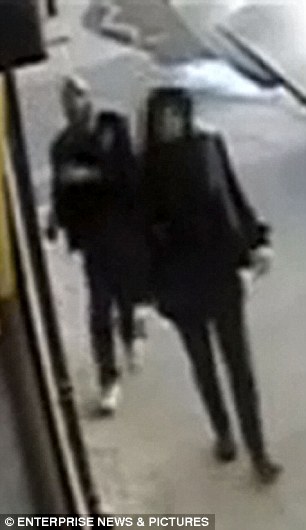 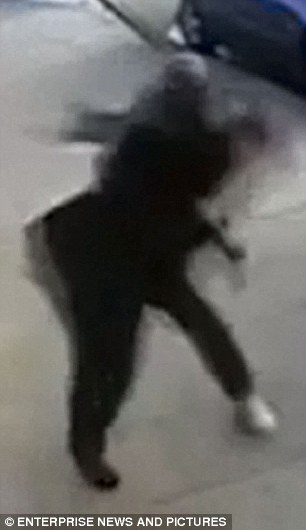 Shock attack: CCTV footage shows Ayoade approaching his victim from behind (left) and hitting her around the head (right) as she walked alone to college in east London 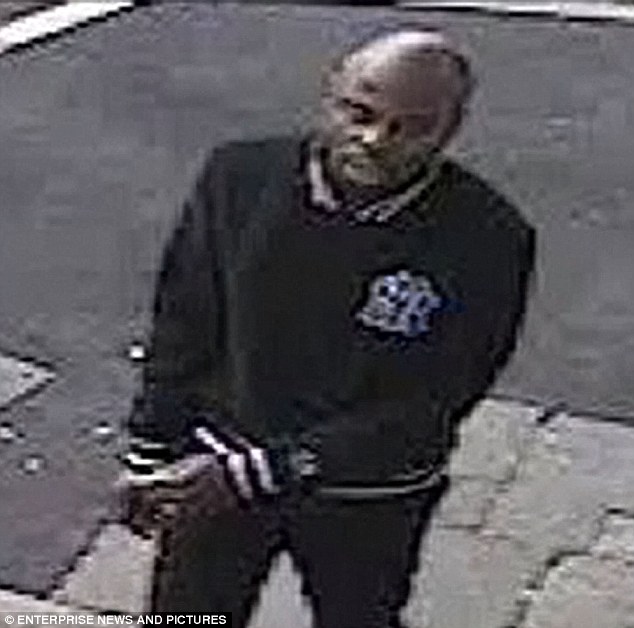 Ayoade later told police that the petite 16-year-old ‘didn’t have a friendly face’,  that he was ‘intimidated by her’ and that she ‘made me feel like a pauper with her facial gestures’.

He said he couldn’t cope with ‘taking an insult from a little person like that’.

Powerfully built Ayoade, who has a distinctive scar on his cheek, pleaded guilty to assault occasioning actual bodily harm at Thames Magistrates’ Court today following the daylight attack in Plaistow, which left the teenager with three broken teeth, a split lip, and bruises and grazes on her face. 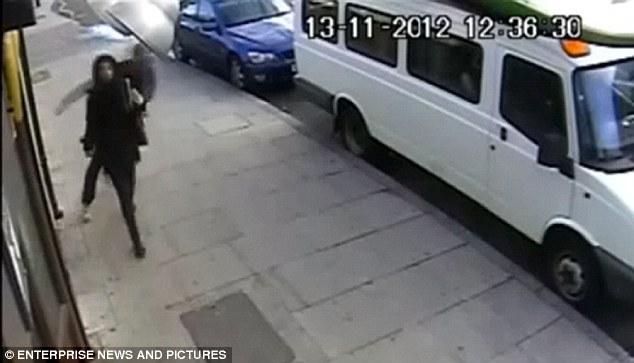 Thug: Ayoade lashed out at Tasneem Kabir in broad daylight as she walked alone in east London 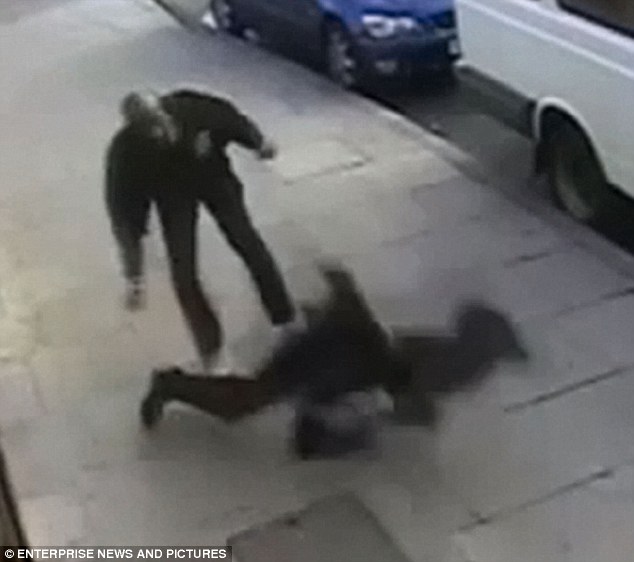 After falling to the ground, Miss Kabir was left with three broken teeth, a bleeding lip, and cuts and bruises on her face 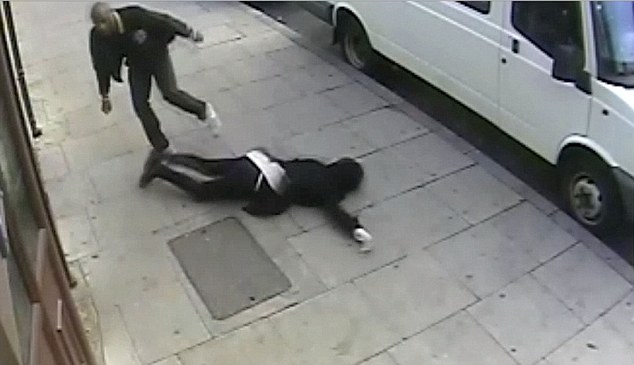 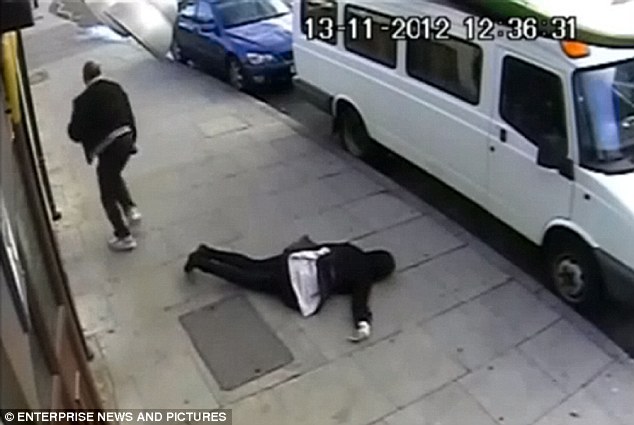 Miss Kabir had left home with her brother shortly after 12.30pm on November 13, but realised she had forgotten her phone and went back to retrieve it as her brother walked on.

Prosecutor Bandana Batra told Thames Magistrates Court: ‘She remembers seeing the defendant looking at her from the other side of the road as she went back.

‘As she came out he was inside the gates to her street and she says he approached her and was within 30cm of her face. She found this strange but she carried on walking.

‘Miss Kabir was then walking along High Road, Plaistow and all she remembers next was waking up in the ambulance,’ the lawyer said.

Ayoade had followed the teenager, launching his surprise attack as she passed the Black Lion pub.

Ms Batra said: ‘He started jogging up behind Miss Kabir and he struck her her on the side of the head causing her to lose consciousness and that’s why she doesn’t remember what happened.’

The girl hit the ground face first following the blow from Ayoade.

Ms Batra said: ‘It was an unprovoked attack on in a lone female. She is pretty petite in size – you can see the size of Mr Ayoade.’

When police were searching for her then mystery attacker, Miss Kabir had said: ‘I hope he does get caught so he doesn’t do it again to another person. I hope I am his last victim.’ 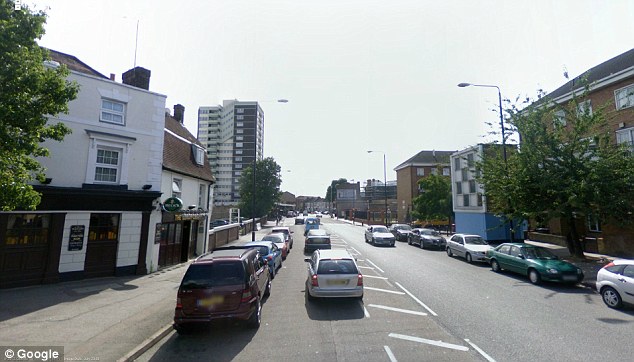 Unprovoked: Ayoade set upon Miss Kabir as she walked to college alone in Plaistow, east London

Officers discovered cannabis at his home in Plaistow and he pleaded guilty to possession of a class C drug on November 21.

Ms Batra said: ‘He said he admitted to doing it, it was a misunderstanding on his part. He had had too much to drink and smoke that day.’

‘He said he was going about his business and was intimidated by her look, she looked like she wanted a fight. She looked about 19 or 20. He did not approve of the way she looked so he went back and punched her….He said “Nah, that hurt, I can’t go further in my day taking an insult from a little person like that”.’

‘He thought to himself “No, no I am not taking this”,’ the lawyer said.

‘He never spoke to her, just punched her.’

Marianna Christou, defending, said that Ayoade had come to the UK from Nigeria when he was just three years old, and had to fend from himself from young age. He was said to have no contact with his family.

Ms Christou said: ‘He has drunk since he was 16 and smokes up to 10 joints a day which in my submission is excessive and perhaps this causes some degree of paranoia and low self esteem.’

Ayoade was remanded in custody and is due to appear at Inner London Crown Court on a date to be fixed.