A boy of ten and another aged 16 have been  beheaded by the Taliban for ‘spying’.

The pair were seized while scavenging among  rubbish bins near the police headquarters in Kandahar, Afghanistan’s second city  and a key base for Western forces.

They were accused of accepting food from the  police in exchange for information, provincial government officials said last  night.

Their heads were cut off following  interrogation, it is claimed. Their bodies were recovered in Kandahar’s Zhari  district. 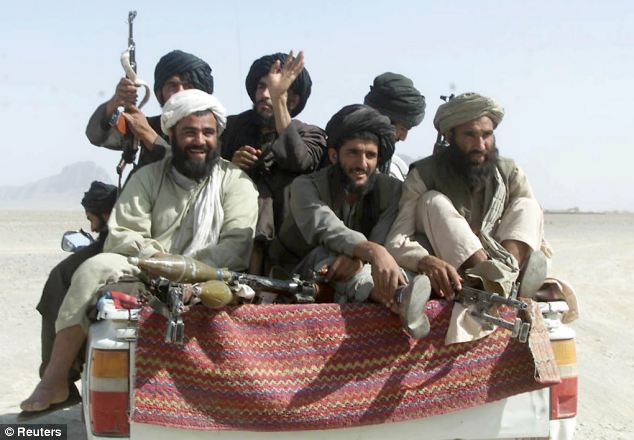 Killed: Taliban fighters patrol the outskirts of  Kandahar. Two boys aged 10 and 16 were beheaded by Taliban fighters beheaded  today as a warning to villagers not to cooperate with the Afghan government  (file photo)

The officials said the boys had simply been  going through bins to find food that had been thrown away by Western  forces.

The ten-year-old boy was very poor and was  known to take food going spare from the police to give to his  family, the officials added.

Dr Toryalay Wessa, who is Kandahar’s  governor, instructed the security forces and police to hunt down and  catch the  militants responsible for the killing ‘with whatever  casualties it takes and at  whatever price’.

Jamal Agha, the chief of Zhari district, said: ‘The boys were on their way back when they were stopped by  Taliban  insurgents who beheaded them.

‘Both of them were innocent children and had  nothing to do with government or foreigners.’

Taliban spokesman Qari Yousef Ahmadi  denied  the allegations, insisting the group had not beheaded any children in the area.  In 2012, the extremists were accused of – and  denied – beheading a 12-year-old  boy and a seven-year-old girl in south  and east Afghanistan.

Taliban fighters have been known to behead  their enemies but have always denied carrying out such attacks on  children. 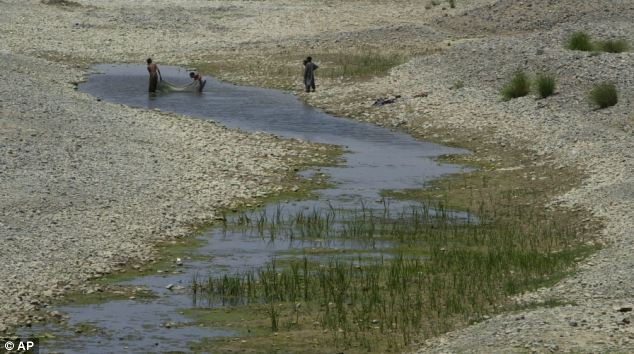 Origins: Kandahar is the birthplace of the Taliban and  one of Afghanistan’s most restive provinces

Officials believe the Taliban executed the  boys as a warning to other youngsters not to co-operate with the Coalition  forces. The news of the beheadings drew a  strong response on social media, with thousands of expressions of outrage on Twitter.

Kandahar is the birthplace of the  Taliban and one of Afghanistan’s most restive provinces. Last July, in  the same area, a  16-year-old boy accused by the Taliban of spying for  the government was  beheaded and skinned.

The next month, a girl aged seven and a boy  of 12 were kidnapped and beheaded in separate incidents.

News of the latest beheadings follows fierce  gun battles near the airport in Kabul, the Afghan capital. Seven Taliban fighters armed with guns and explosives  clashed with security forces and were all killed.

The Taliban said the attack was intended to  target Americans in Kabul International Airport, one part of which  is used by  military forces and another by civilians, the officials said.

In eastern Afghanistan, a service member with  Nato’s International Security Assistance Force died in a bombing  yesterday, the  latest in a string of coalition deaths.