Hundreds of women in India are believed to  have been forced to take virginity and pregnancy tests ahead of a mass marriage ceremony.

Witnesses say around 450 women had to undergo the testing in the district of Betul which was organised by the Madhya Pradesh  government.

The Mukhyamantri Kanyadan Yojna wedding  ceremony is paid for by the government and helps women from poor families to marry.

But according to the Times of India, women  were made to have the tests allegedly on government orders  because it believes women are taking part in the ceremony to receive  gifts.

Nine women were reportedly found to be  pregnant and banned from the ceremony.

But government officials deny virginity tests  took place. They said the tests had been to ensure the women were not pregnant.

In India, a bride’s virginity is highly prized and pre-marital sex is frowned upon.

India’s National Commission for Women is now  calling for the Madhya Pradesh government to explain itself.

Girija Vyas, chairperson of the Indian  National Commission for Women, said: ‘Such a shameful act where girls had to  reportedly undergo tests to prove their chastity to avail the government’s  financial aid were sinful and could not be tolerated in a sane  society.

Rajest Prasad Mishra, Betul district  collector, added: ‘I have given the orders to probe the complaints on alleged  virginity and pregnancy tests conducted on would-be-brides.’ 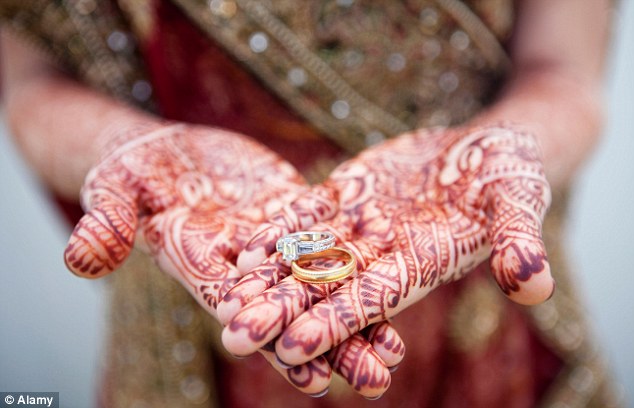 In 2009, more than 150 women were allegedly  tested on government orders.

Mass marriages, generally organised by social  organisations, are common in India where the custom of dowry is still  widespread.