Ladies, would you wear this: Actress, Jaimie Alexander wears the most daring red carpet outfit EVER (LOOK)

It takes a very special person to outshine a Nordic god, his evil brother and dozen of Hollywood stars, but Jaimie Alexander managed to do it with a jaw-dropping dress.

At the Thor: The Dark World premiere at the El Capitan Theatre in Hollywood, the 29-year-old actress stepped out on the red carpet in a dress that revealed more than just her good side.

The black floor-length cutaway down offered bystanders a good look at Alexander’s toned and shapely body by featuring a sheer panel that started at her neckline and plunged down to her toes. 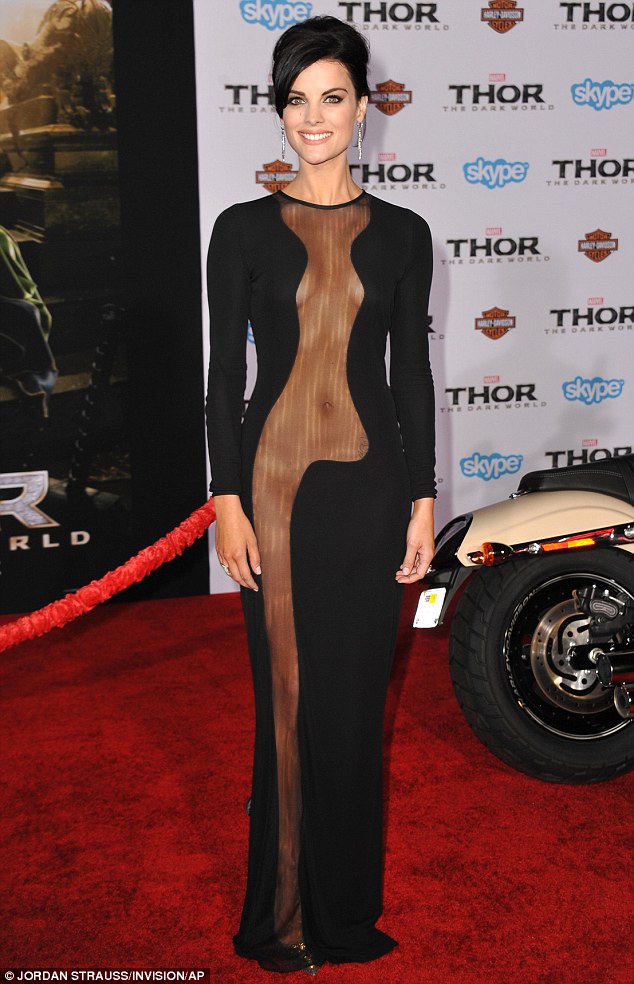 Is this the most daring red carpet dress EVER? Jaimie Alexander didn’t hold back with her outfit choice for the premiere of Thor: The Dark World at the El Capitan Theatre in Los Angeles on Monday night

By the hammer of the gods! Jaimie ensured that jaws dropped as she walked the red carpet in the daring dress

From the back, there was a second sheer panel that exposed a great deal of her…assets, including the actress’ choice in undergarments: nothing.

The curved cuts of the dress covered only the essentials (anything that would get Ms. Alexander any type of jail time for indecent exposure), but left little to the imagination.

The risque dress was complimented with an up-do featuring a side-swipe bang and silver feather-shaped earring. 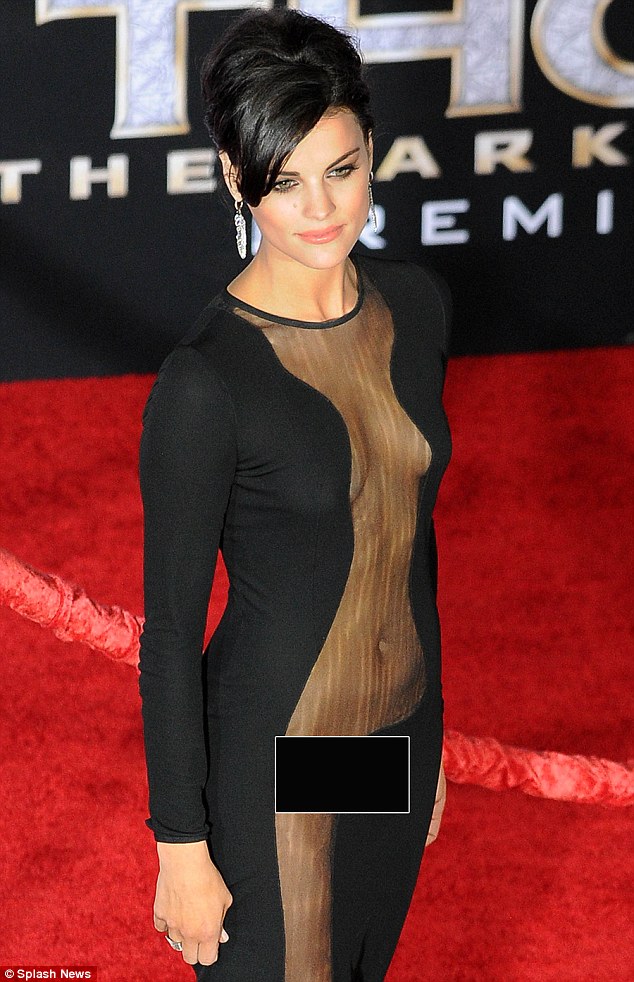 She’s not shy! Jaimie was entirely unconcerned about just how much skin was on show as she posed up for photographers 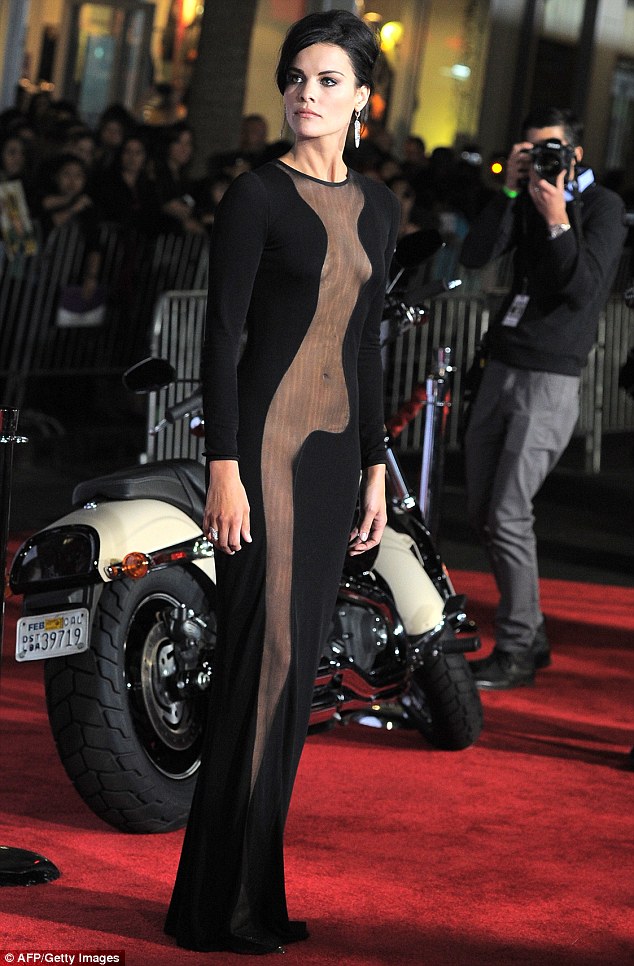 Red carpet risk: Alexander’s daring dress showed off her shapely and toned body while attending the premiere of Thor: The Dark World at the El Capitan Theatre in Hollywood.

Body proud…and how! Alexander’s dress featured sheer panels on both the front and the back of the garment

The stunning actress shot to fame in Thor but also recently hinted that she could be set to play the role of Wonder Woman – either in a stand-alone film or in the upcoming Batman vs. Superman movie – after having meetings with Warner Bros. regarding the role.

She told Forbes: ‘I would love for DC to put Wonder Woman in one of their upcoming flicks, either in her own movie or Batman vs. Superman, or just something even to introduce her. 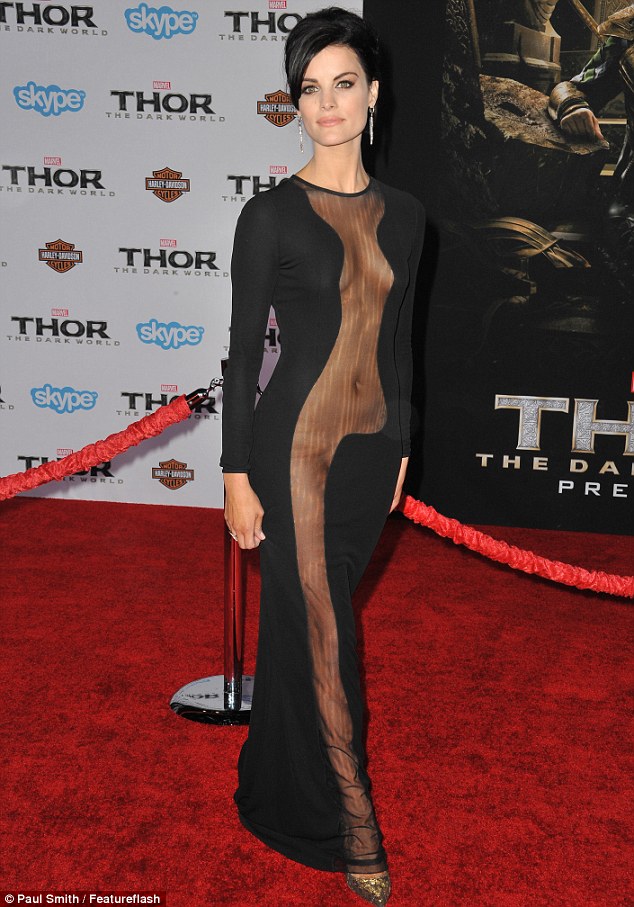 Best dressed: Jaimie easily had the most eye-catching outfit on the red carpet 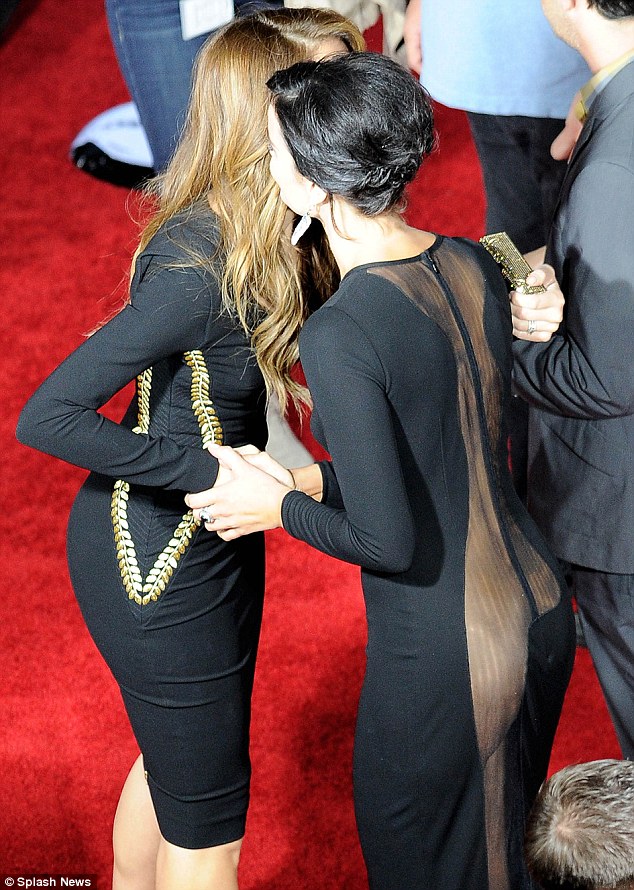 Careful! Jaimie nearly revealed a bit too much in the gown as she leaned forward to greet someone on the red carpet

‘Being in the comic book world, we know a lot of the same people at DC and Marvel, so we hear a lot of things, but it’s all speculation right now. But I would absolutely love that.’

On the possibility of her appearing as Wonder Woman Alexander said: ‘I’m appreciative to the people who ask my opinion of the character and that’s been pretty amazing.’

There have been rumours that Warner Bros. are considering introducing the character of Wonder Woman in Zack Snyder’s Man of Steel sequel.

Alexander was just one of many stars on the red carpet that night to celebrate Hollywood’s return trip to Asgard.

Flawless: Jaimie looked stunning in the ensemble, which many actresses would dismiss for being too revealing