Poetic justice? Daughter, 18, cuts off her father’s head for allegedly raping her

A teenage  girl chopped her father’s head clean off with a bush knife after he raped her in their home in the highlands of Papua New Guinea.

Now residents of the village have formed a  protective ring around the 18-year-old, refusing to hand her over to the police  because they agreed her ‘evil’ father deserved to die.

A local church leader, Pastor Lucas Kumi from  the village of Rang in the Western Highlands, said the entire community would  refuse to allow the girl to be subjected to any official  investigation. 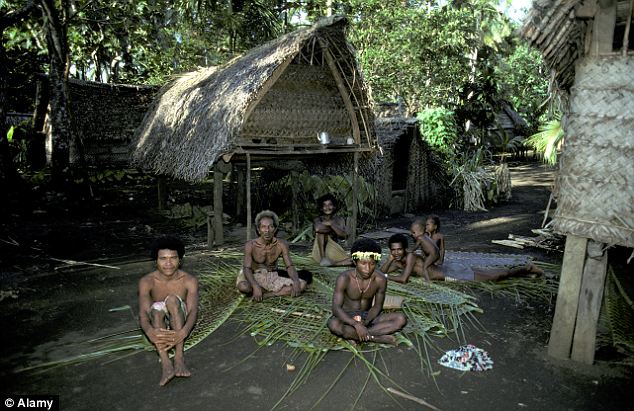 ‘The people and  leaders in our area went and  saw the headless body of the father after  the girl reported the incident to  them and explained why she had killed  her father,’ said Pastor Kumi.

He told the Post  Courier newspaper that the  father, in his mid-40s, raped his daughter  when they were alone in their house  after the mother and two other  children from the family went to visit relatives  for the night.

‘The father went to his daughter’s room in  the night and raped her repeatedly.

‘The father wanted to  rape his daughter  again in the morning and that was when the young girl  picked up the bush knife  and chopped her father’s head off,’ said Pastor Kumi.

‘We’ve all agreed that she is free to stay in  the community because the father deserved to die.

‘The daughter did what she did because of the  trauma and the evil actions of her father, so  that is why we have all agreed  that she remains in the community.’

He said a ring of  protection had been placed  around the girl, who will be kept away from  any official  investigation. 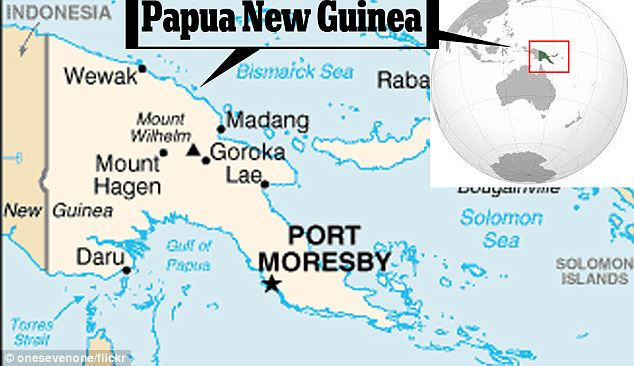 Death penalty: the government of Papua New Guinea has  brought back the death penalty in order to combat serious crimes

‘The community have also agreed not to  conduct any formal burial service for the father.’

Crimes of rape,  murder, suspected witch  killings and prostitution are rife throughout  Papua New Guinea and as a  desperate attempt to stop the lawlessness the  government recently re-introduced  the death penalty for serious  offences.

But at the weekend the Post Courier reported  the results of an investigation into child  prostitution, a report, it said,  that will ‘make you cringe.’

Children aged between  13 and 16, said the  paper, were selling sex in the nightclubs of the  capital, Port Moresby, five  premises being reported to be engaged in the under-age prostitution  trade.

Three non-government  organisations have  produced a report based on interviews with no less  than 175 child sex  workers.

‘It’s true – our  girls, and especial school  girls, are being bought and sold for sex,’  said one of the  investigators.