Actress and singer Stella  Damasus celebrated her 35th birthday yesterday and got  feted with gifts from movie producer/director, Daniel Ademinokan.

Ademinokan, who is said to be married to Stella got her a Range Rover yesterday as a birthday present. The event which took place at a restaurant called 9ja Villa in Brooklyn, New York.

But that’s not the gist. Bloggers insist that the two have gotten married and that both lovebirds have relocated to the US with Stella’s children already schooling in the Big Apple.

This is the third marriage for Ms. Damasus, who was married to late singer Jaiye Aboderin while Daniel was married to Nollywood actress, Doris Simeon.

What can we say? Be happy, Stella! 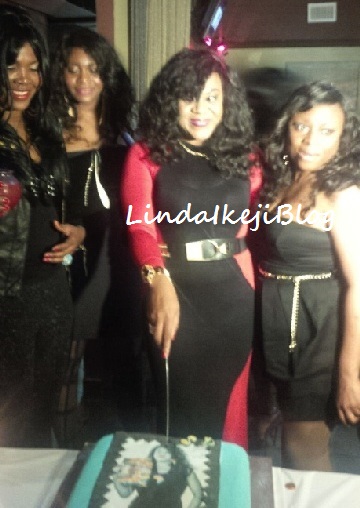