Here’s your entertainment roundup for today

Back to work for Tiwa Savage

Things might be dysfunctional on the home-front but for Tiwa Savage, the show must go on. 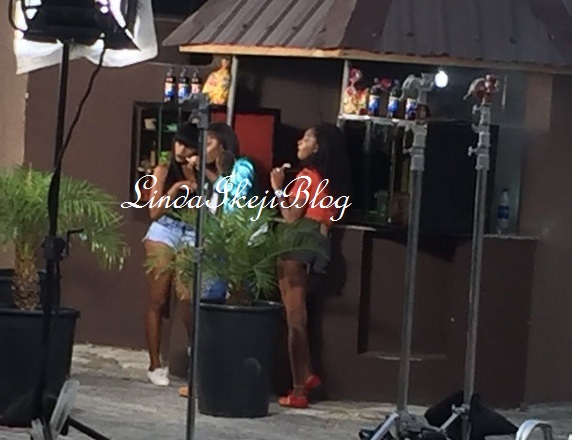 On Sunday evening, the singer was spotted on the set of a new music video shoot.

This comes after the Pepsi brand ambassador was given a stamp of approval by the global brand, dispelling rumours that she would be dropped due to her highly-publicised marital crisis.

Internet comic sensation, Emmanuel ‘EmmaOhMaGod’ Edunjobi is off the single market as he got engaged to his girlfriend –Yetunde on his birthday.

The Wazobia FM/Ebony Life OAP turned the surprise birthday his TV producer boo had planned for him, into a bigger surprise as he proposed to her.

See below, the photos from the surprise proposal/birthday as shared via Instagram.

So this is no comedy at all as @emmaohmagod proposed to his babe of destiny @yettisho look out for another picture and we will tell why she was ds surprised. We capture every memorable moment. Congratulations @emmaohmagod and @yettisho

9ice has released a new video for his Tee Y Mix-produced song -Pariboto.

Watch below, the video shot and directed by HG2.

Kerry Washington is pregnant for her Nigerian hubby and former NFL player –Nnamdi Asomugha, E! online and US Weekly have confirmed.

The 39-year-old actress who plays ‘Olivia Pope’ on popular American TV series – Scandal – was reported to have shown early signs of a baby bump at the White House Correspondents Dinner, a few days ago. Nnamdi and Kerry, who got married in private ceremony in 2013, already have a 2-year-old daughter.

Beyonce squeezes another record-breaking feat out of Lemonade

The American recording artiste has now had all her albums attain the top spot and debut at No 1.

According to Billboard, Lemonade sold 653,000 equivalent album units with 485,000 pure album sales – making it the biggest week of any album release this year in both units and sales.

Bey’s Lemonade also sits atop the UK chart as the album secured 73,000 chart sales, making it the second-fastest selling record of 2016, behind the late David Bowie’s Blackstar, according to The official UK chart company