Here’s everything you missed in entertainment yesterday and others that unraveled while you slept – and are still buzzing this Friday morning.

Are we already at the point where we can start to describe Peter Okoye as former Psquare singer?

Welcome to the #EMPIRE family @peterpsquare! Thank you for @kingkanja for the introduction & partnership!

Peter is currently in the US promoting his solo career. 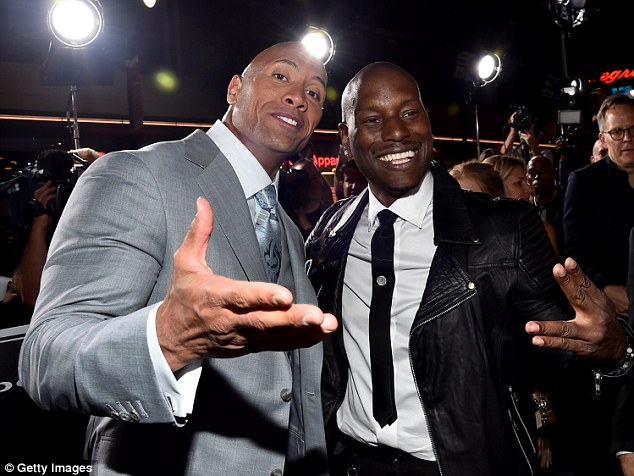 Yesterday, we told you that a 2020 release date has been announced for the ninth installation of the Fast and Furious series.

Later in the day, a spinoff of the movie based on the characters, Luke Hobbs (Dwayne Johnson) and Deckard Shaw (Jason Statham) was announced and is set to be released in 2019.

But Furious co-star, Tyrese Gibson is not pleased with the news and Dwayne ‘The Rock’ Johnson’s “betrayal” of the family. In September, he was of the opinion that the spinoff would delay the release of Furious 9 and now that it’s clearly happened as he predicted, he won’t let Johnson off.

He wrote on Instagram, “#PSA Congratulations to @TheRockand your brother in law aka 7 bucks producing partner @hhgarcia41 for making the fast and the furious franchise about YOU – And like you, DJ even if they call I will not be deleting this post – Gn folks see you in 2020 April #FastFamily right? Nah….. it’s about #TeamDewayne #3yrs will it be worth the wait? #NoShaw just Hobbs will this be another #BayWatch? Guys guys just relax I’m just a passionate film critic”

Gibson also called out Johnson for agreeing to the deal in the first place.

Diversity, love, multi ethnic worldwide multi generational, United Nations, One Race, Fast Family…… Until Dewayne showed up I guess this whole time he had a problem cause he wasn't the ONLY ONE on the movie poster……….. I guess dreams do come true congratulations to @hhgarcia41 and @therock you guys are just amazing you really broke up the #FastFamily I tried to warn you guys… You thought I was hating…… I was simply fighting to keep the family together what makes us great is when you see us all TOGETHER we don't fly solo….. #MyLastPost today….. I got 3 years of venting on this clown – They offered but YOU didn't have to agree with a solo #HobbsMovie #OriginalFastFamily we salute you and stand on your shoulders #VinDiesel #PaulWalker #RobCohen #RomanTej were offered a spin off we TURNED IT DOWN!!!

Teniola is most popular for her latest hit single, Fargin and her Instagram skits.

Now she’s taken a step further in her career.

Teni the Entertainer has signed a record deal with Dr. Dolor Entertainment.

She shared the news via her Instagram page on Thursday.