A senior female judge has lost her job after she was seen lying naked on a desk in her office.

The unidentified judge, attached to a High Court in Bosnia and Herzegovina, stripped and lay down on the desk to sunbathe.

She was photographed by a fellow court worker and faced a disciplinary hearing for her action.

The scandal was revealed when paperwork detailing a hearing into her actions was leaked to local media.

It revealed that she had been spotted in her office at 8am where she could clearly be seen exercising in the nude, and later she had laid on the table, either to relax or sunbathe.

But the naked judge was photographed by another early riser at the council offices across the road in Sarajevo.

The photograph, which did not name the young woman, was published in local media, where an internal enquiry at the court building revealed her identity, and that she was a senior judge. 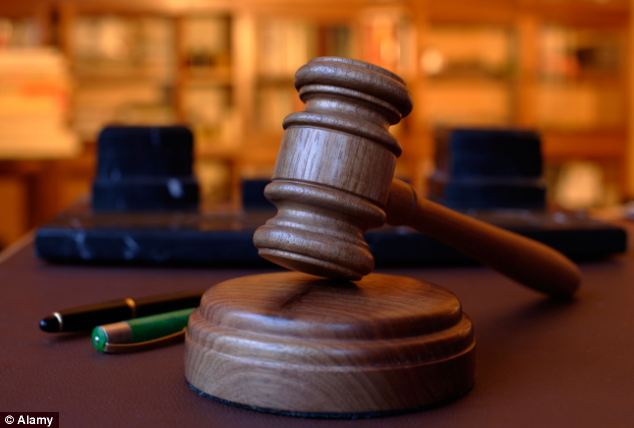 ‘Her behaviour as a senior judge was not acceptable,’ the report added.

The woman said however that her office door had been locked, and she was entitled to exercise as a way of warming up for the day ahead.

She said she had not expected any staff to be in the building opposite at that time.