Horrific: Girl, 19, burnt to death in India for attempting to marry for love (PICTURED)

A 19-year-old girl has been burnt to death and her mother beaten after pleading with village elders to be allowed to marry a boy from the same village and same caste, Indian police have confirmed.

Anju Yadav, 19, from Karahkol village, in Deoria district of Uttar Pradesh, was set on fire at her home while her mother, Gyanwati Devi, 48, was on the other side of the village pleading with the village council to allow Anju to marry her boyfriend of two-years, Ranjit Yadav, 21.

But the village council, along with the boy’s father, Jai Hind Yadav, 52, rejected their pleas insisting it was against tradition. 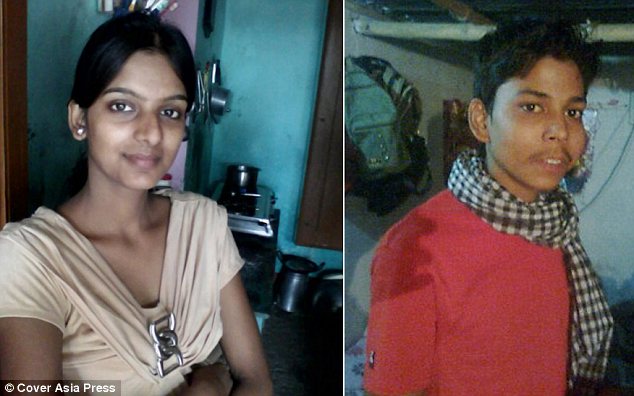 In love: Anju Yadav, 19, from Karahkol village and Ranjit Yadav, 21 were in love according to Anju’s mother

Instead, the boy’s father rushed over to the family home and set the girl alight, it was claimed.

Indian society is well known for its complex caste system, which can prevent people from different social castes from marrying and in some cases carrying out certain professions.

However, what is less well known is that it is equably unacceptable for people from the same caste and village to marry. Marriages within the same Gotra (clan) are also not permitted in traditional India, particularly in the northern regions of the country where caste based groups, known as Khap Panchayats, consider such marriages crimes.

Rakesh Kumar, head of Ikauna Police Station, said: ‘Jai Hind along with three other villagers rushed to the girl’s house and doused her with inflammable liquid and set her alight while her mother was at the council meeting. We have arrested two members of the group while two are still on the run.’

Anju had suffered 85 per cent burn and died on her way to hospital on Thursday evening.

Anju was alone when the four men broke into her home. In desperation she jumped from her terrace onto the second floor to try and save herself. She suffered fractures in her arms and legs.
Villagers poured water on her, but by then she had already suffered severe burns.

Her mother, Gyanwati, said both her daughter and Ranjit loved each other very much and wanted to marry.

Gyanwati went to Jai Hind’s house on Wednesday evening to discuss the marriage proposal but when he and the family refused she went to village council for help, which is usual in India.

Gyanwati said: ‘I wanted to see my daughter happy. They loved each other; I had no problem with the marriage. But when I went to Jai Hind with the proposal he told me it’s a sin to marry within the same caste and would not accept the marriage.’

The attack comes six months after the brutal gang rape and murder of a 23-year-old physiotherapy student on a bus in Dehli. The attack prompted worldwide condemnation and protests in India demanding better treatment for women. 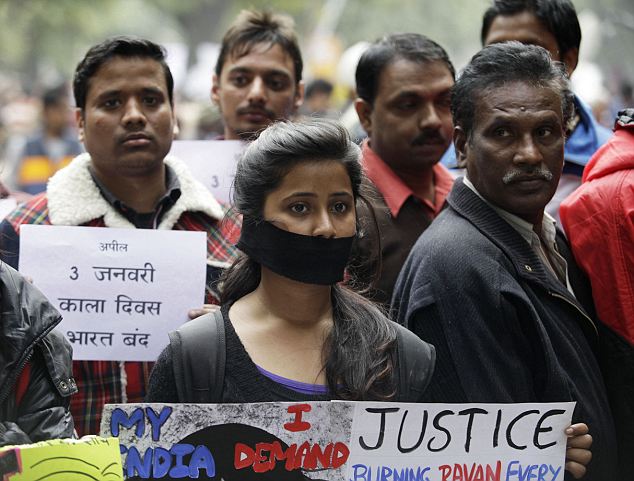 Attention has inevitably turned on the country and stories of the mistreatment of women have regularly made the news since including the deplorable case of a five year old girl who was left fighting for her life after she was raped by a neighbour in the Indian capital in April.

The girl died from her injuries two weeks later.

Two weeks ago an American woman was gang-raped by three men in India while hitchhiking back to a guest house, police announced today.

The 30-year-old was picked up by men in a truck and then attacked as she made her way home after visiting a friend.

It came the day after it emerged a 21-year-old Irish charity worker was allegedly drugged and raped while volunteering with an aid agency in Kolkata.

Regular stories of violence against women have had an impact on tourist visits with the number of travellers entering the country believed to be down by anything between 25 per cent and as much as 68 per cent according to some sources.