Magna Carta Holy deals: Guess how much money rapper, Jay-Z is getting from Samsung

People who own the Samsung Galaxy S4, S3 or Note 2 handsets will be able to get rapper Jay-Z’s new solo studio album three days before it goes on sale in July – for free.

The new album, Magna Carta Holy Grail, will be available to download from 12.01am on 4 July – 72 hours before it is officially released – through a dedicated app.

But time is of the essence – only the first million people to download the album through the app will qualify for the offer. 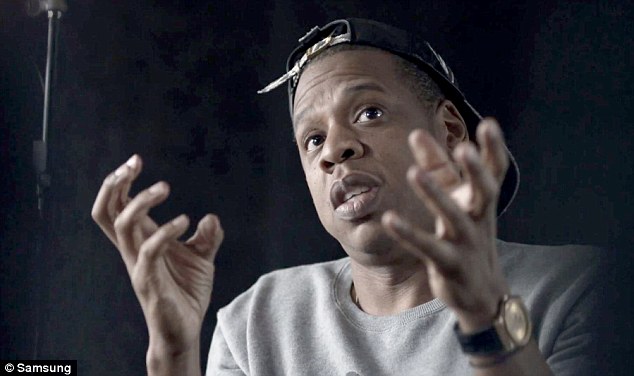 Jay-Z appeared in a three-minute commercial aired during the NBA Finals on Sunday night to announce the release of a new studio album called Magna Carta Holy Grail. The album goes on general sale on 7 July but one million Samsung Galaxy owners will get it for free three days earlier 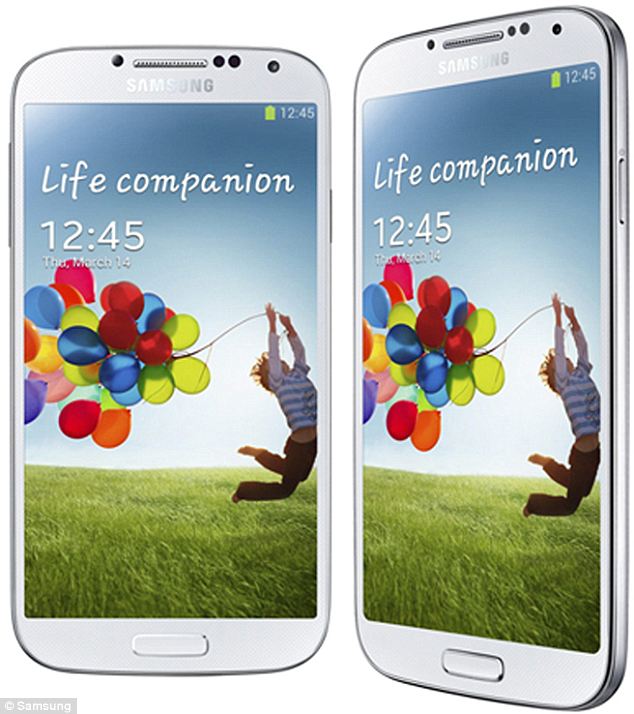 Owners of Samsung’s flagship handsets, including the Galaxy S4 (pictured), Galaxy S3 and Galaxy Note 2 will be able to download the Magna Carta Holy Grail app from 24 June. However, only the first million people to download the album via the app when it’s launched on 4 July will get the album for free

The rapper announced the plans in a Samsung advert played out on U.S television during the NBA Finals on Sunday.

It is unclear whether the offer will be available to U.S Samsung owners only, or whether it will be a global campaign.

More than 50 million Galaxy S4 and S3 handsets have been sold in the UK alone.

According to reports in the Wall Street Journal, Samsung is said to have spent $5m on the deal and it is rumoured to be part of a $20m partnership between Jay-Z and the Korean-based mobile manufacturer.

His most recent album was the critically acclaimed collaboration with Kanye West called Watch the Throne. 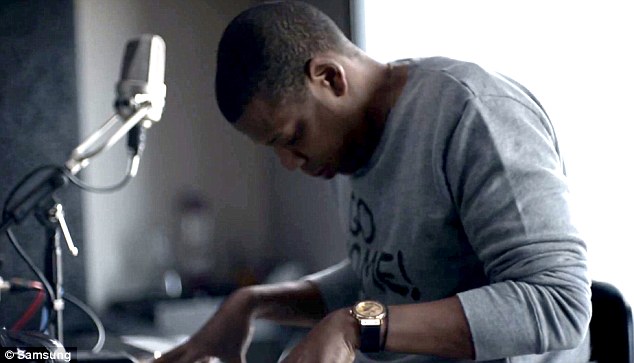 During the Samsung advert Jay-Z is seen musing about the nature of his new album Magna Carta Holy Grail. It is the rapper’s first solo studio album for four years and it is expected to feature collaborations with Rick Rubin, Pharrell WIlliams and Timbaland

The three-minute Samsung advert began with the star chatting on his phone before the camera moved on to capture him in the studio.

‘It’s about this duality of, how do you navigate your way through this whole thing, through success, through failure, through all of this, and remain yourself?’ the rapper comments about the new album.

The hip hop star is then seen working on new music with Rick Rubin, Pharrell Williams, Swizz Beats and Timbaland.

‘We don’t have any rules, everybody is trying to figure it out,’ he says at one point. ‘That’s why the internet is like the Wild West. We need to write the new rules.’ 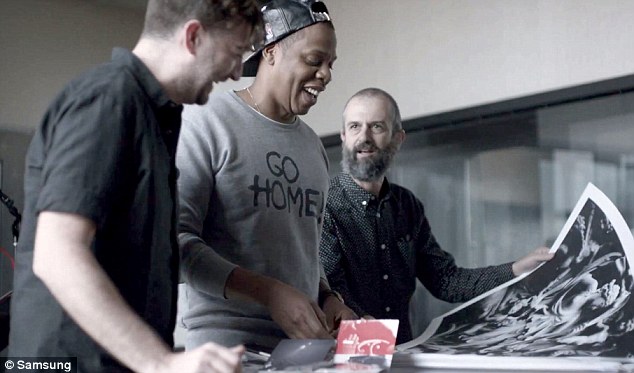 Jay-Z said during the Samsung advert ‘We don’t have any rules, everybody is trying to figure it out. That’s why the internet is like the Wild West. We need to write the new rules’. The album deal is said to be worth $5m and is part of a wider collaboration between the rapper and Samsung estimated to be around $20m

Jay-Z’s last solo effort The Blueprint 3 claimed number one spot in the U.S. back in 2009, selling more than two million copies.

Jay-Z is not the first celebrity technology deal.

Alicia Keys is the current ambassador for BlackBerry handsets, while Holly Willoughby and James Corden are the celebrity faces of Windows Phone.