Messy Affair: BBC bans presenters from appearing together on TV because they are having an affair

Even amidst the battle-weary staff of the BBC, Cupid’s bow will not be deflected it seems. Indeed, two popular presenters on the Beeb’s 24-hour news channel — suave Tim Willcox and charming Sophie Long — have found themselves suddenly smitten with each other.

Unfortunately, there is a teeny  problem: they are both married.

The couple, who have co-presented in the past, have been close chums for some time. 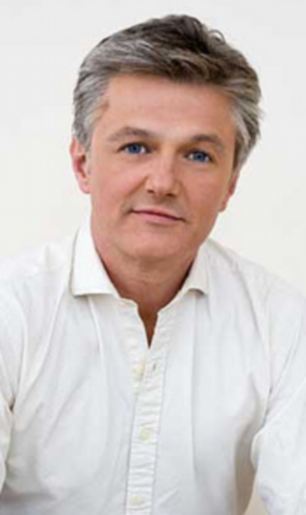 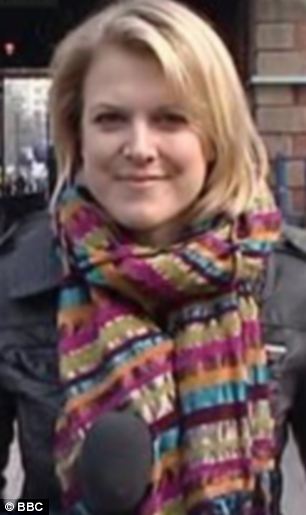 Lovebirds: Tim Willcox and Sophie Long have allegedly told their partners about the affair and are smitten

When Sophie, 35, decided two years ago to marry her childhood sweetheart, Willcox, 49, was invited to the wedding in Cornwall.

Not only that but he brought along his trumpet to serenade the happy couple during the ceremony — Tim was a member of the British Youth Orchestra.  BBC presenter Jon Sopel was also a guest at the June wedding.

Now, however, Sophie has told her husband, Will Green, also 35, who works as sales director for a Plymouth-based yacht company, that their marriage is over.  His job at the luxury yacht brokerage, where yachts can cost more than £1m , is believed to involve overseas business trips.

Meanwhile Willcox, who has accolades for his reporting and interviewing skills, has had to inform his wife Sarah, 49, mother of his four children, that he has fallen hopelessly in love with Sophie.

Close: Tim Willcox, 49, and Sophie Long, 35, have found themselves smitten with each other despite both being married to other people

The troubled foursome will be deciding in the next few weeks who will be remaining at their respective marital homes.  A colleague of Will Green’s at his yacht business in Plymouth told the Mail Online this morning that he was ‘away on business’ until mid-December, and there was no answer at Will and Sophie’s house in Plymouth this afternoon.

Meanwhile, the BBC lovebirds have been banned – temporarily at least – from appearing on screen together in future. Says a friend of Tim: ‘He is very charming and has lots of female fans but he is also very honourable so all this will have been very difficult for him.’

Tim Willcox lives with his family in the Oxfordshire village of Wootton by Woodstock, where his wife Sarah is clerk of the parish council. She is also a director of his company Tim Willcox Limited.

The Willcoxes are believed to have bought their house in Wootton six years ago for £700,000. 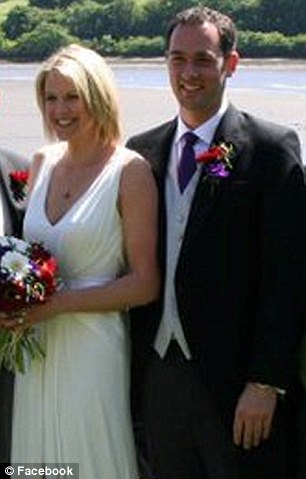 Wedding by the sea: BBC presenter Sophie Long and her yacht salesman husband Will Green on their wedding day

A Durham university Spanish graduate, Willcox started his journalistic career on a Sunday newspaper. He worked previously as a presenter for ITN before switching to the BBC.

In September 2010, not long after Tim attended Sophie’s wedding, he was sent to Chile to report on the miners’ rescue where his fluent Spanish came to the fore.

He was praised for his extensive live coverage of the rescue operation and became the miners’ wives pin-up — and was the only foreign correspondent to interview Chilean President Sebastian Pinera.

Willcox has also made cameo appearances in television dramas and films including Sex Traffic, State Of Play, Jonathan Creek, 102 Dalmatians, and the BAFTA award-winning documentary, How To Start A Revolution.

In a 2008 interview Willcox listed his hobbies as ‘travel to Spain (where I lived and worked as a student), playing squash, long walks, playing the trumpet and drinking sherry with friends’.

When asked for advice for would-be broadcast journalists he said: ‘Get a strong news background and go for it.  Shrug off any knockbacks.’

News of the relationship between two of the BBC’s star presenters is an unwelcome distraction for the BBC, which is still reeling following a string of recent scandals at the beleaguered corporation.

Earlier this month the BBC’s director general George Entwistle resigned after its flagship Newsnight programme wrongly implicated Tory Lord McAlpine in a child-abuse case.  The crisis had begun when it emerged that Newsnight shelved an investigation into claims the BBC’s star presenter Jimmy Savile had been involved in wide-scale child abuse.