No, it’s not a SEX shop: Commuters can’t believe this highway billboard was put up by a church (LOOK)

A billboard installed on a highway by a Texas church is turning heads – and not because it warns drivers of hellfire and damnation.

The giant sign put up by River Pointe Church in Richmond, Texas, advertises ‘LOVE SEX’ – the title of a new series of sermons the church has organized about having ‘healthy’ sexual relationships in the context of the bible.

But the mega-church’s message may have gotten lost. Many passing drivers told KHOU-TV that they thought the sign advertised for a sex shop – not a place of worship. 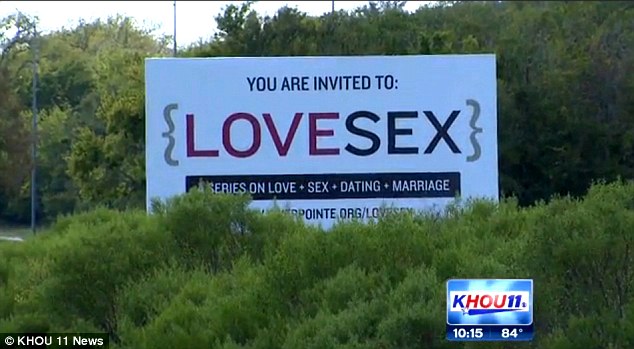 Turning heads: This billboard has given many drivers the wrong idea – they think it was posted by a sex shop, not a church

Kimberly Marine was shocked by the revelation.

‘River Pointe? That’s a church, isn’t it? What is this, I don’t understand it. This just doesn’t make sense,’ she said.

One Richmond woman told the TV station that she received a mailing from the church with the slogan on it and thought it was an advertisement from a sex shop.

The church leader in charge of the sermon series and marketing campaign said the church, which has about 5,000 members, wanted an eye-catching slogan.

‘I think the Church at large, including our own at times, has been guilty of making people think sex equals bad, and we want to say sex is beautiful, it’s an expression of love, and it’s powerful,’ Pastor Jason Pizzitola told CBS News. 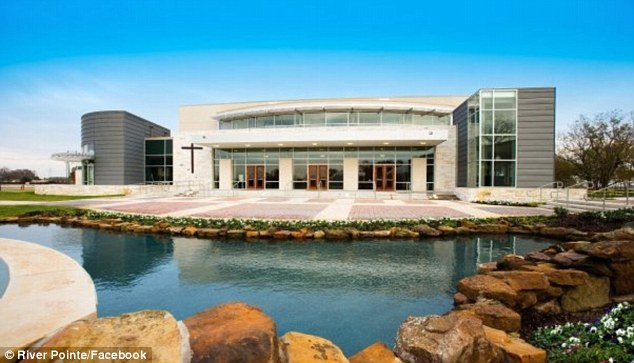 Leaders of River Pointe Church, which has nearly 5,000 members, said they wanted an eye-catching slogan for their sermon series about sex and the Bible

The church’s website says that it is hoping to combat the over-sexualization in American culture – embodied most recently by Miley Cyrus’ infamous twerking performance at the MTV Video Music Awards.

Church leaders admit that the message – that healthy, satisfying sexual relationships are both important and perfectly acceptable – might not be getting through to everyone.

‘We’re getting mixed reactions; it’s kind of a polarizing series. Some really encouraging, confident feedback that says, “Thanks for sharing your perspective and being a thought leader in our community,” and then others who are saying, “This makes me nervous, it’s confusing,”‘ Pastor Pizzitola said.

The first sermon in the series is Sunday and the series continues for the next three weeks of services.