This is the moment a crocodile clamped its jaws around a trainer’s head during a stunt that went awry at a Thai tourist attraction.

Screams can be heard from the audience in footage of the 27-year-old’s brush with death at the Samut Prakan Crocodile Farm in Bangkok on Sunday.

It shows the trainer cautiously approaching the reptile before placing his head inside its gaping mouth – only for the deadly crocodile to suddenly snap its jaws shut and violently thrash the man from side to side. 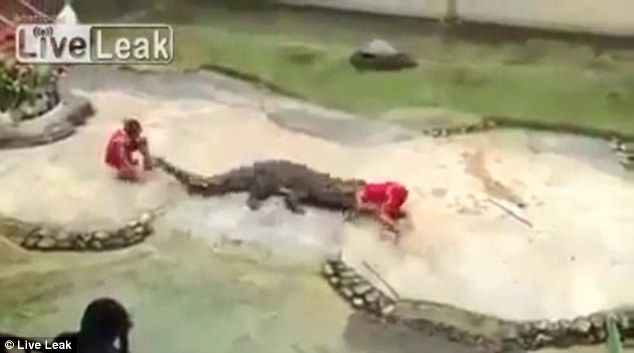 Hairy moment: Tourists watched in horror as the crocodile snapped its jaws shut while the man’s head was inside in Thailand

The man was flung around repeatedly before the crocodile released him at the farm.

Crocodile shows are a popular attraction in Thailand, where trainers wow crowds by seemingly defying death putting their heads in the creature’s mouths.

According to the Bangkok Post it is unusual for the creature to have released its grip on the trainer, who it said has been in the job for eight years.

The accident was said to be the first to occur at the farm. 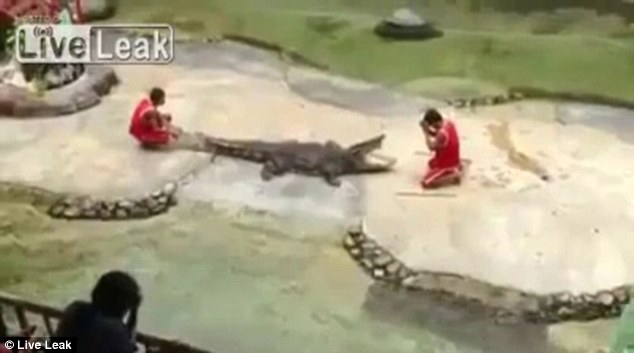 Silent prayer: The trainer was seen bowing his head before the crocodile ahead of performing the daring trick 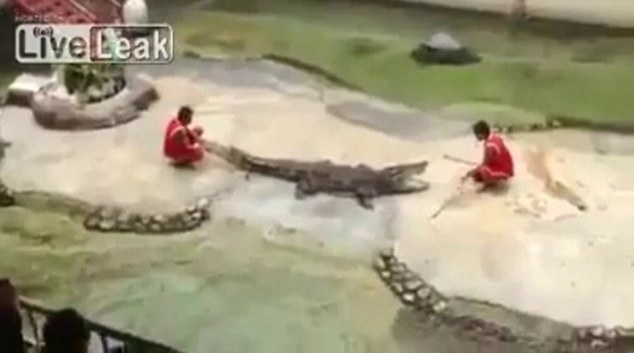 Dangerous: The crocodile trainer was seen crouching before the deadly reptile at the farm in Bangkok 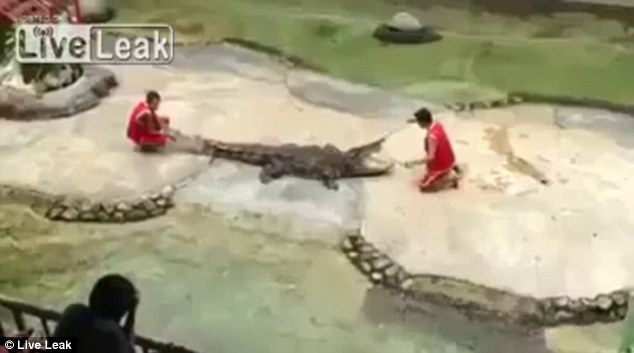 Risky business: He used sticks to hold the creature’s jaws open as tourists looked on at the crocodile farm 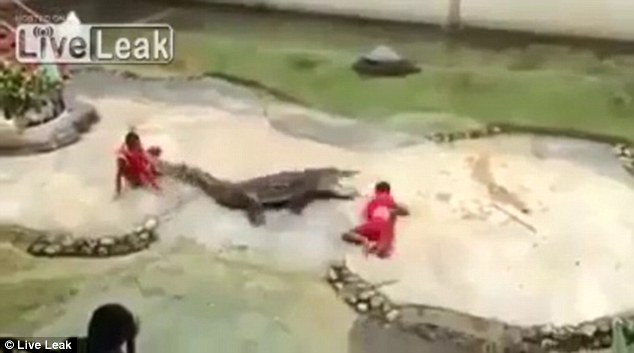 Tentative: A video clip filmed in Thailand shows the trainer lying on his front to approach the reptile 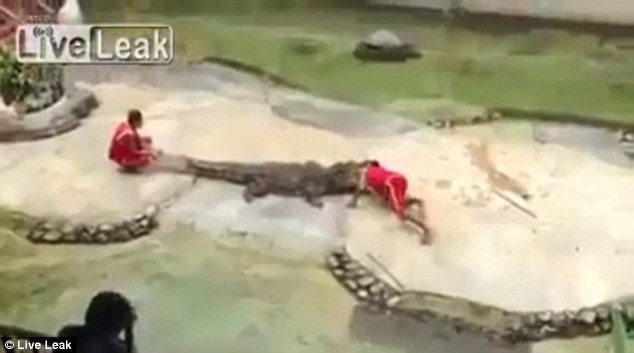 Horror: The screams of the audience are audible as the crocodile clamps its jaws shut with the trainer’s head inside 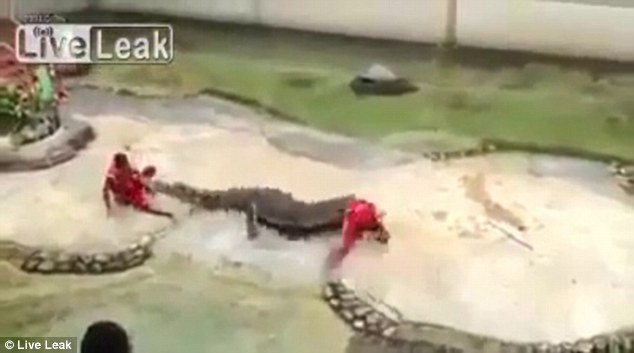 Predator: The trainer was tossed from side to side as the crocodile thrashed around in the shallow water 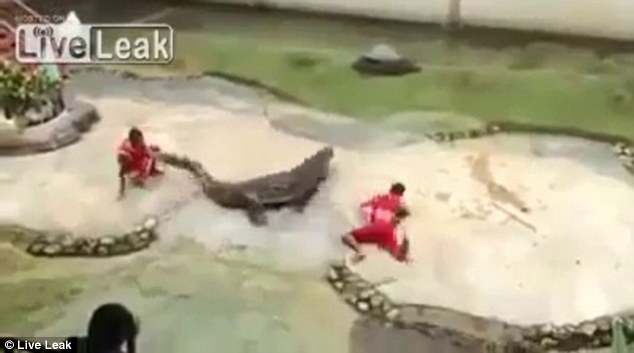 Lucky escape: A tourist capture the scenes on a camera phone as the angry croc released the trainer 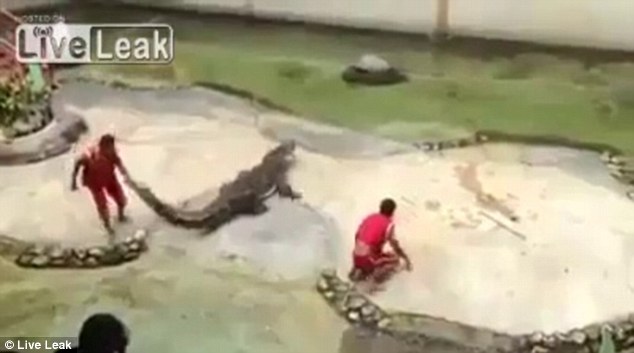 Crocodile farm: Miraculously, the trainer escaped unharmed after his brush with death in Bangkok