Oh no, she didn’t! Nicki Minaj gives her fans an eyeful as she goes topless in racy photos (LOOK)

There’s no denying that she likes to experiment with the way that she looks.

But Nicki Minaj took it one step further on Wednesday, as she retweeted a topless photo of herself, preserving her modesty with her own hands.

The star seemed keen for all of her fans to see the old snap of her, which showed her half dressed as she stood backstage. 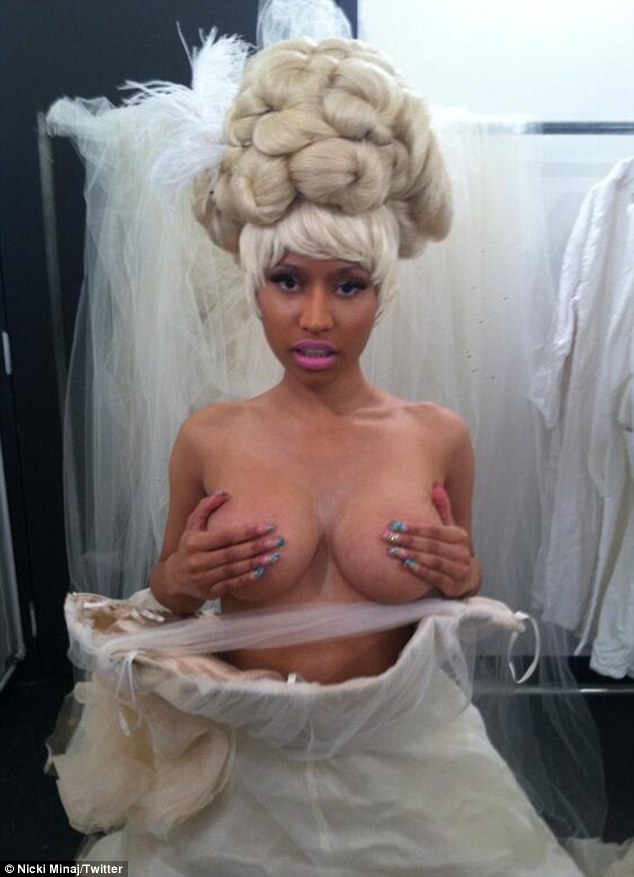 Not shy! Nicki Minaj retweeted a topless photo of herself on Wednesday, preserving her modesty with just her hands

Proving once again that she’s far from shy, the Starships singer re-posted the flashback snap after Scaff Beezy uploaded it to his account.

Nicki’s executive producer and rumoured boyfriend clearly didn’t have any qualms about the world seeing the star in the buff, adding it to his Twitter for everyone to see.

And far from being embarrassed, Nicki decided to show it off to her 16.6 million followers, proud of her famously curvaceous figure. 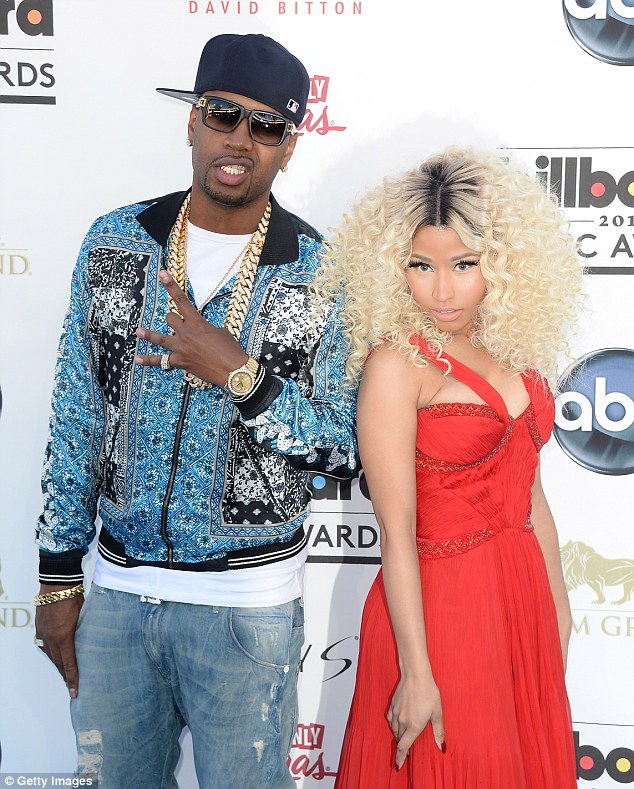 Cheeky snap: Safaree Samuels aka Scaff Beezy posted the racy picture of Nicki while she was getting changed

The superstar wore one of her typically avant garde hair styles, with her blonde locks piled up high on top of her head in one of her trademark looks.

And the rapper seemed to be trying on a number of bridal-style dresses in the snap, posing before zipping herself up into what looked like a wedding gown.

Nicki has recently launched her own clothing range for Kmart, so that her fans can actually try out her eclectic style for themselves. 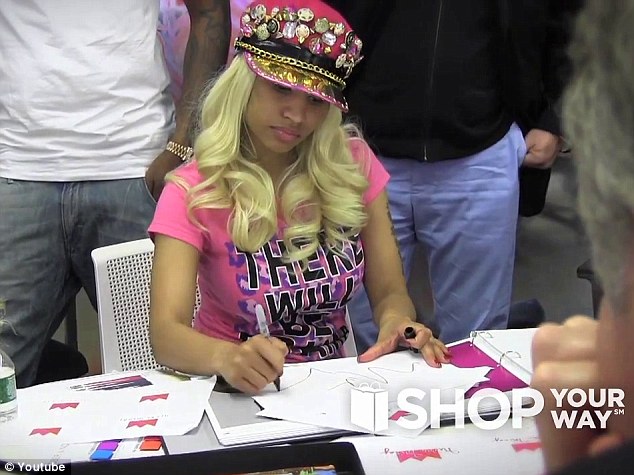 Quirky style: Nicki has recently designed her own clothing line for Kmart, so that her fans can try out her look for themselves 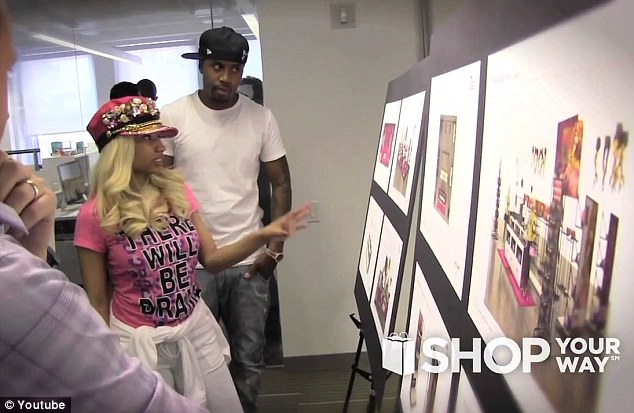 Trademark look: Nicki was joined by Scaff as they attended a design meeting for the new collection

She said: ‘We’re definitely working on the leggings that I love for my body so that women, no matter if they’re slim or they’re thick or whatever, can feel comfortable.

The Other Woman actress made a point of letting her fans know: ‘I’m doing this for women, in general, to feel good and sexy.

It has just been announced that Nicki will join former American Idol co-judge Mariah Carey at the forthcoming BET Awards as she’s set to take to the stage. 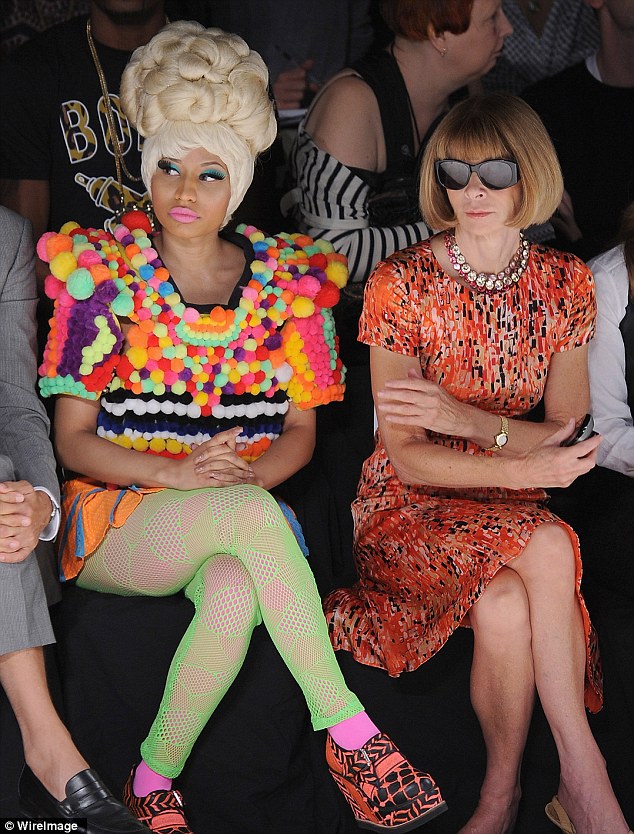 Favourite do: Nicki sported the same hair style back in 2011 when she sat front row at Carolina Herrera’s New York Fashion Week show, next to Anna Wintour