Out of reach: Woman pays for crane to lift car owned by daughter’s husband on to a roof terrace (PHOTOS)

A Chinese woman had enough of her son-in-law’s constant excuses for not paying back his loan, so took to extreme measures to force his hand.

Wang Qin, hired a crane to lift her son-in-law’s car onto her house terrace to ensure that he returned the money he had borrowed from her.

Mrs Wang, from Lishui, Zhejiang Province, had been keeping the car as collateral, but turned up the heat when she got tired of waiting. 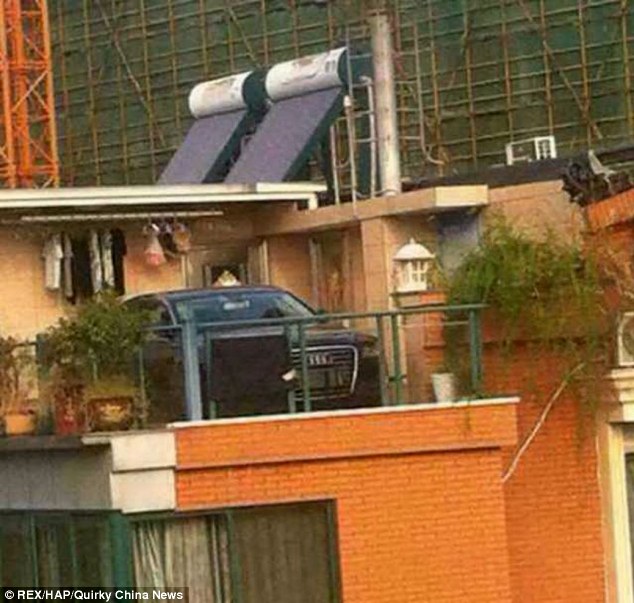 Out of reach: A woman in Lishui, Zheijang Province hired a crane to lift her son-in-law’s car onto her roof terrace in order to force him to repay a debt

According to Mrs Wang, she had lent her son-in-law nearly half-a-million yuan so he could invest in his business.

However she found that he began avoiding her and ducked all her requests for repayment.

She began by holding his car hostage, but after she found out he had secretly been trying to retrieve it from the pavement outside her home, she lost her patience.

Mrs Wang rented a crane and lifted the Audi out of reach of her son-in-law – onto her terrace. 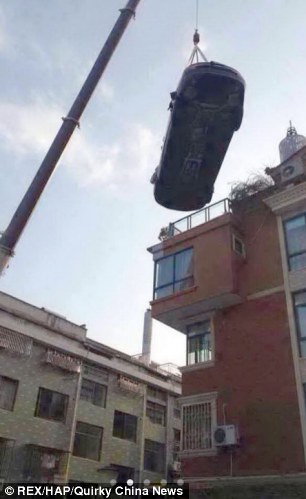 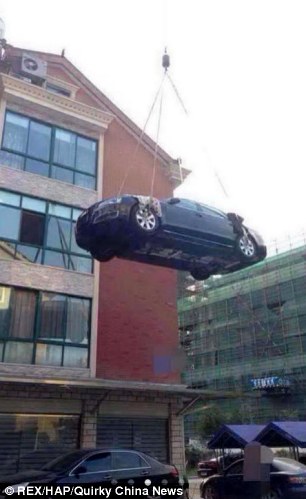 Out of reach: Mrs Wang hired a crane to ensure that her son-in-law’s car was parked somewhere out of reach