This Passenger tried to board a plane in Malawi, wearing only his under wear (Photos) This week, a passenger, Greig Bannatyne checked in for a South African Airways flight at Malawi airport, wearing only swimming trunks, leaving fellow holidaymakers shocked.
No, he wasn’t drunk!
Greig and his team mates from Mad Swimmers, had been taking part in a charity swim across Lake Malawi but forgot to bring a change of clothes to fly home in. When the bus arrived to take them to the airport for their flight home, Greig from Johannesburg, realized he had no clothes to change into.

Seeing the funny side, instead of lending him some clothes his team mates dared him to fly home in his tiny speedos instead. 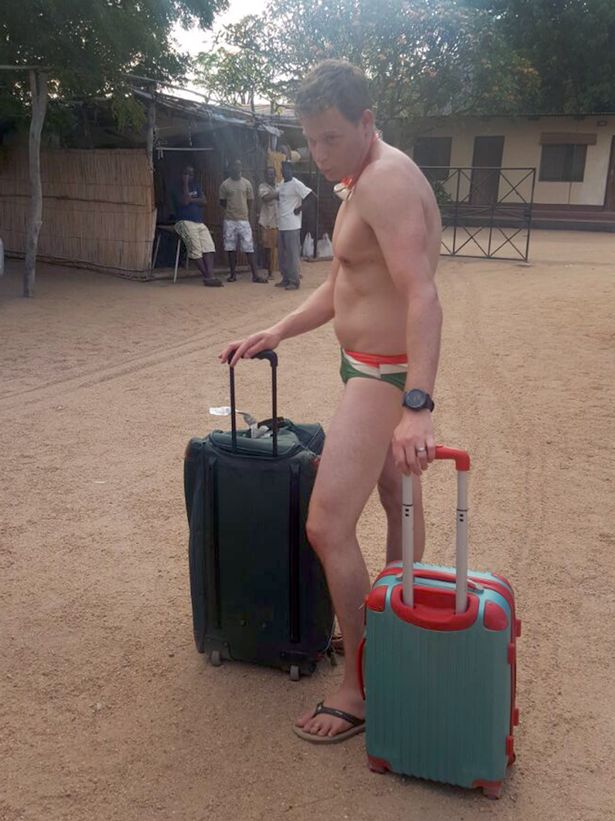 Greig in a chat with Daily Mirror said

“Somehow I didn’t get this memo and everyone else had made sure they had a top and shorts to throw on for the 6hr boat trip back.So while we enjoyed our victory beers, I was still in my speedos””It really spiralled from there with more and more of the swimmers and support crew pledging money if I attempted to fly home in my speedos.”We did a 4-hour bus trip and arrived at the airport. 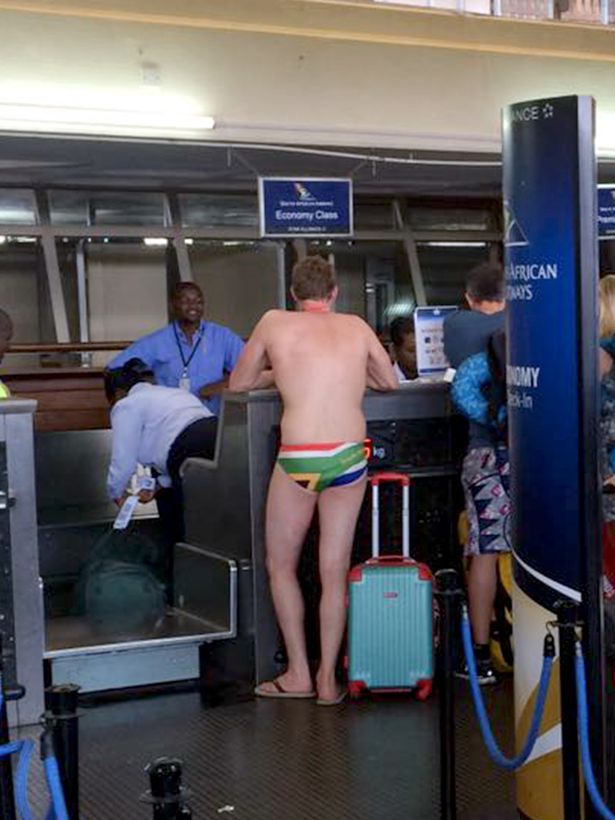 “Immediately we had a security guard inform us that I could not enter like this, after explaining that it was for charity he let us go past.”We went through the first security point and checked in without much of an issue.

“There were lots of smiles and shaking of heads in laughter, the staff behind the check in counter were almost in tears and insisted that I needed an aisle seat so that everyone could see me on the plane.” 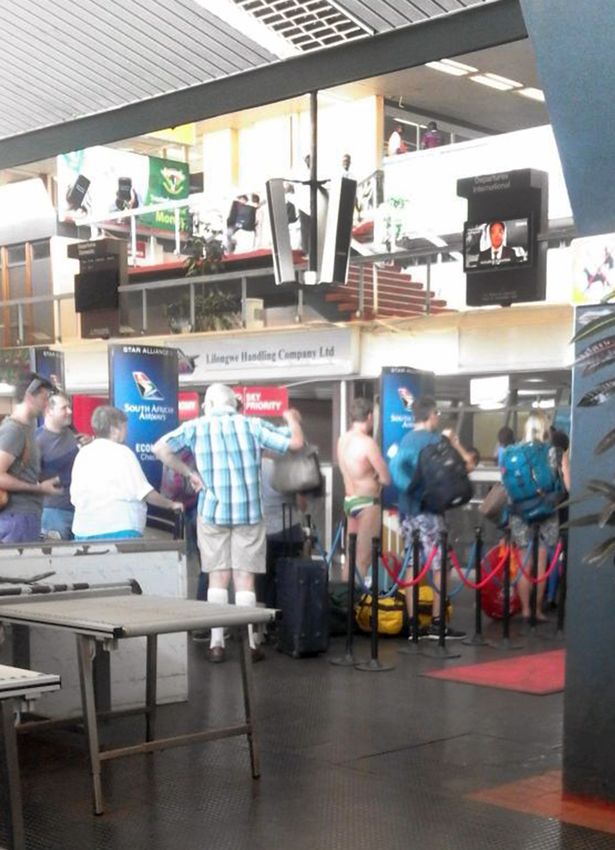 Greig received mixed reactions from passengers at the airport, with many taking pictures and posting them on social media.

He made it to passport control before security requested he get dressed before boarding the plane.

Greig said: “It was on my way to passport control that I was asked by the police a couple of questions.They were very friendly and we went to a room where they were trying to understand what I was doing. Unfortunately as we didn’t have any official papers validating this they requested that I put my top and shorts on.”