It’s not the usual kind of get up one would put  on for a shopping trip, but then Rihanna’s not just anybody.

The Umbrella hitmaker looked purrrfect on  Friday night when she headed for a late night shopping expedition at London’s  Roberto Cavalli store.

In fact she looked like she was dressed up  for a night out rather than stocking up on clothes as she stepped out in a red  leopard print bodysuit. 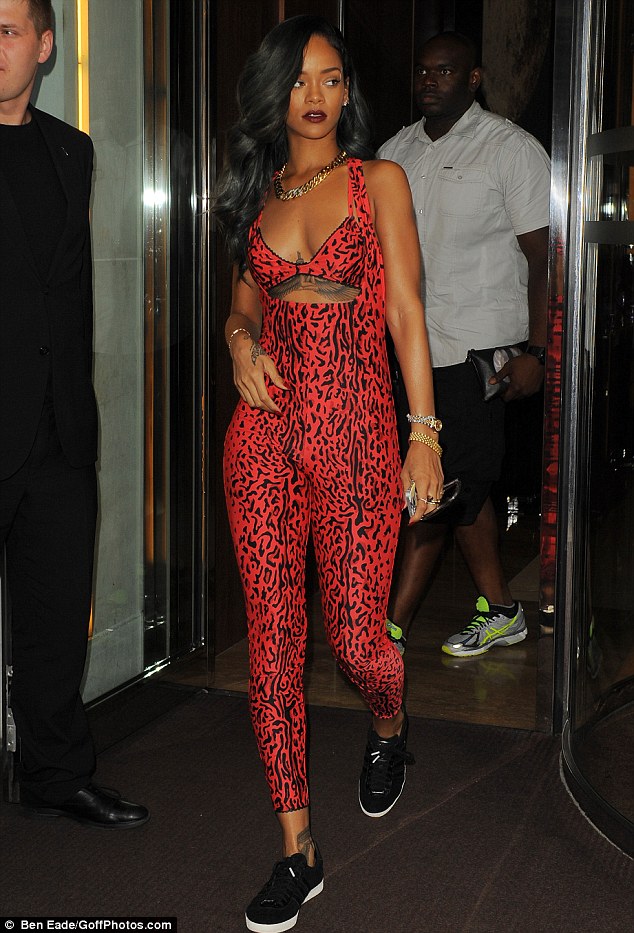 Miaow! Rihanna shows off her spots and figure in a red  leopard print catsuit as she heads for a private shopping trip to the Roberto  Cavalli store in London on Friday night

She’s a wild one: The singer headed out of her London  hotel in the daring get-up before she heads to France on Saturday

Little was left to the imagination in the  lycra all-in-one as it even included a large cut out on her back with an Adidas  logo attached, as well as another cut out under her chest to reveal her large  tattoo.

She wore a matching bra underneath to  complete the get-up, while she finished the look with some black trainers and a  chunky necklace adorning her neck.

Rihanna, 25, wore her dark locks down and  blow dried wavy as she walked out of her London hotel. 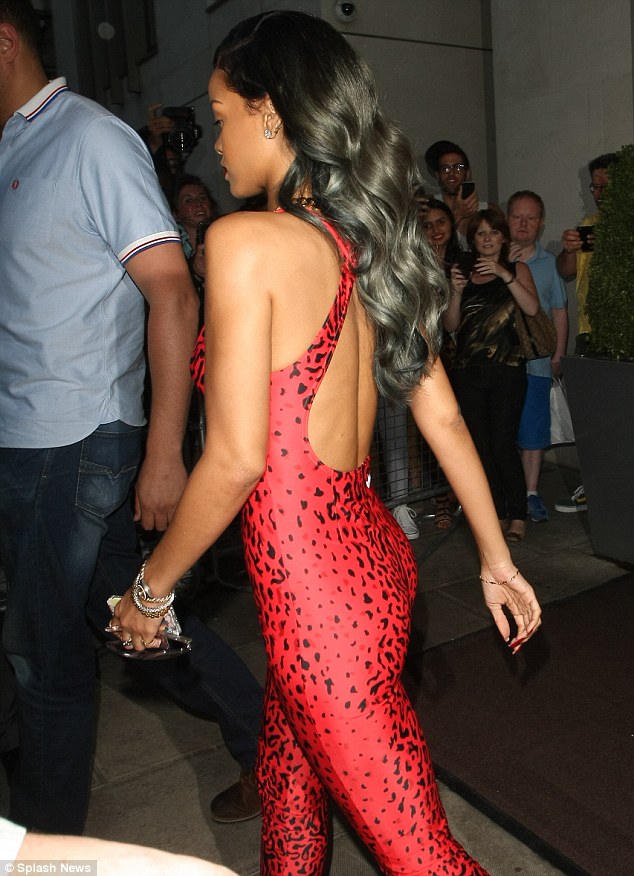 Daring: She was only heading for a shopping trip but  Rihanna drew plenty of attention after dressing up to the max 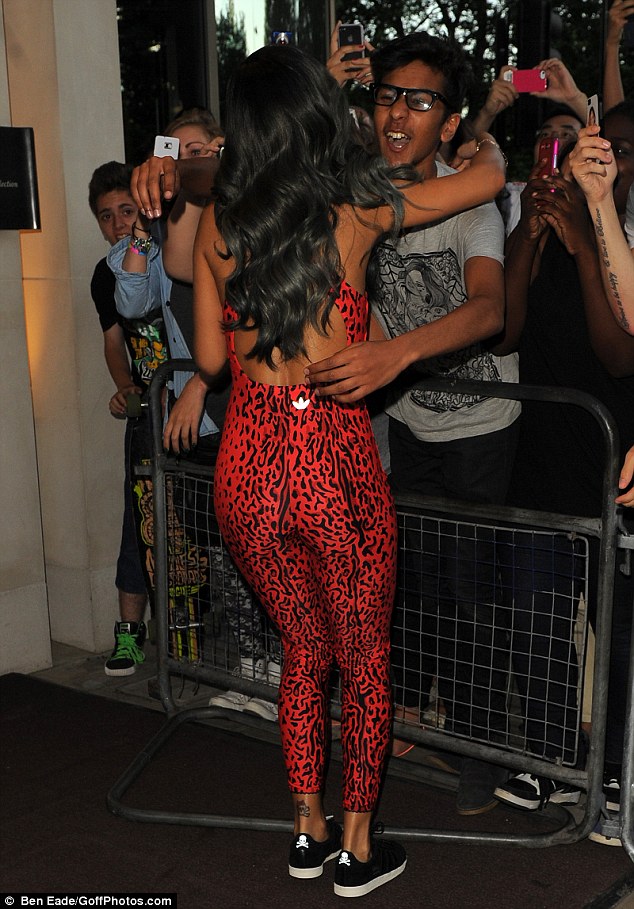 Miss popular: She showed off an Adidas motif as she  turned around and greeted her fans outside her hotel on Friday evening

Catty: Rihanna looked body confident as she strutted  along the streets in the ensemble

And she certainly appeared body confident in  the ensemble as she smiled widely at passersby and photographers.

The catsuit showed off her toned and slim  physique while plenty of flesh was put on show.

Rihanna even found time to stop and chat to  her fans who were waiting outside the hotel, pleasing one fan with a large  cuddle as she passed him. 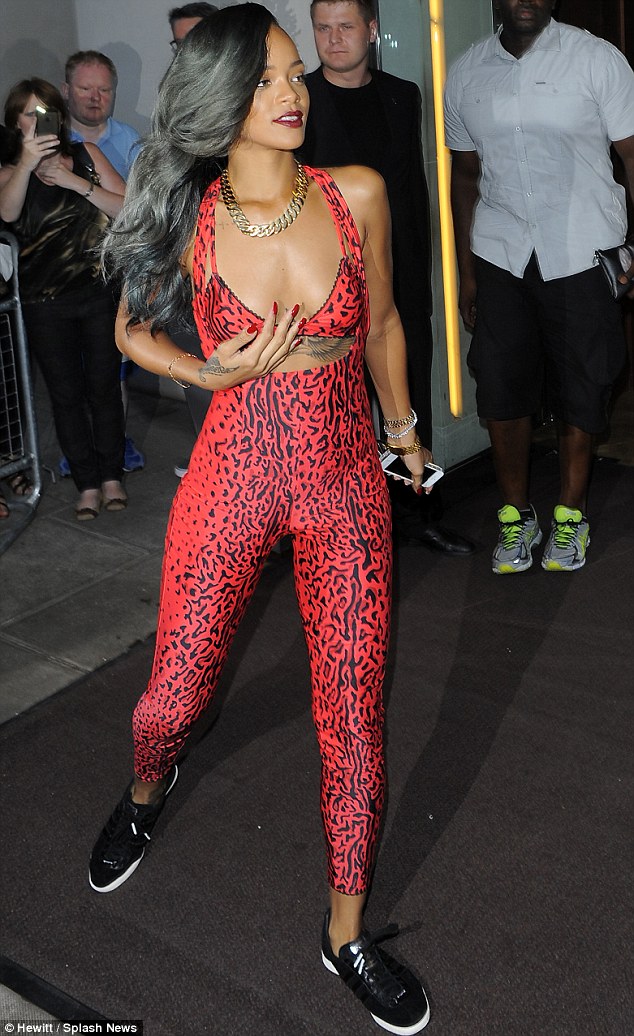 Stunner: She stepped out in the daring ensemble which  showed off plenty of flesh as well as her large tattoo 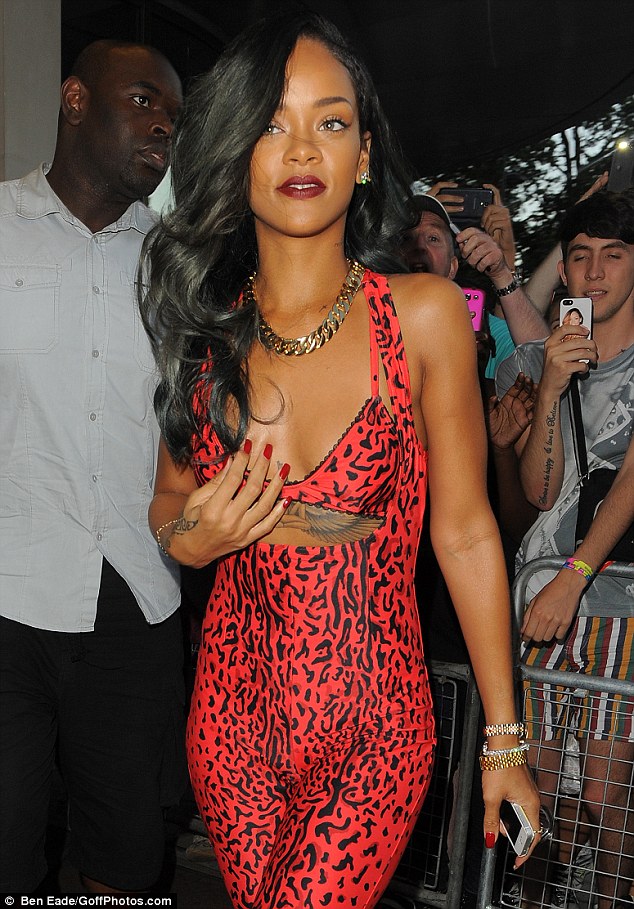 Animal instinct: The singer wore her dark locks down and  in big waves while she adorned her neck with a chunky chain

Quirky: As usual she drew plenty of attention as she  headed out and about

She then jumped in a waiting car and was  escorted to the shop for a private session while the shop was closed especially  for her.

It seems it will be her last evening in  London for a little while as she is due to resume her world tour in Lille,  France on Saturday. 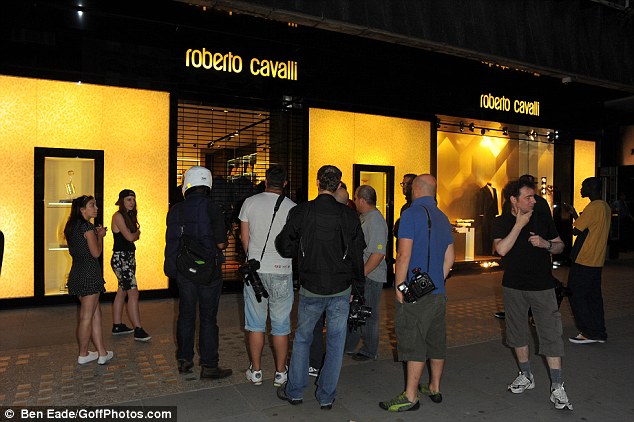 Causing a stir: She jumped into a waiting car and was  taken to the Roberto Cavalli store in London on her last night in  London