The Late 5: Fayose weeps, accuses Police of harrassing him, FG reacts to Adeosun certificate controversy and other stories 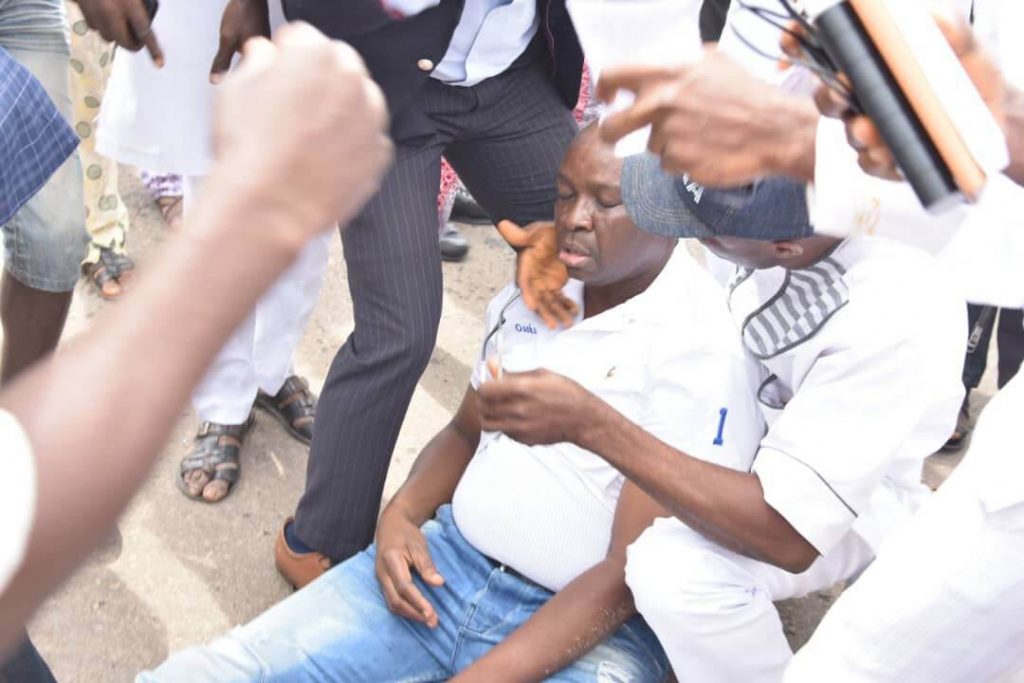 Governor Ayodele Fayose of Ekiti, on Wednesday has accused policemen deployed in the state for Saturday’s governorship election of harrassing him during the People’s Democratic Party (PDP) rally held on Wednesday in Ado Ekiti.

Fayose, who was in a neck brace after he was reportedly tear-gassed, narrated his ordeal to newsmen weeping, and asked supporters of the party to remain resolute and vote for the PDP governorship candidate, Prof. Olusola Kolapo.

Presidential Adviser on National Assembly (Senate), Ita Enang who disclosed this on Wednesday while addressing State House correspondents in Abuja, said the NFIU would seize to exist as a department in the Economic and Financial Crimes Commission (EFCC) and would now be domiciled in the Central Bank of Nigeria as an autonomous and independent body.

The Minister of Information, Lai Mohammed on Wednesday reacted to the alleged NYSC certificate forgery involving the Minister of Finance, Kemi Adeosun.

Mohammed in responding to journalists after the weekly Federal Executive Council (FEC) meeting held on Wednesday at the Presidential Villa in Abuja, said  “the government has spoken.

“NYSC is part of the government and I have nothing to add to what the NYSC has said,”  he added.

The House of Assembly in Imo has directed the Chief Judge of the state, Paschal Nnadi, to constitute the mandatory seven-man committee to investigate allegations of gross misconduct levelled against the Deputy Governor, Eze Madumere.

The development followed a petition signed by 13 members and submitted by the Deputy Speaker of the House, Ugonna Ozuruigbo during an emergency sitting of the House on Wednesday.

The House consequently ordered the Clerk of the House, Chris Duru, to write the Chief Judge to probe the allegations and ascertain if  Madumere was guilty of gross misconduct.

The Federal Government has banned the importation of trailers and tankers exceeding ten years from the date of manufacture into the country, with effect from January 1, 2020.

Secretary to the Government of the Federation, Boss Mustapha, indicated that the ban was part of the resolutions of a stakeholders forum he convened to address the menace of crashes involving haulage vehicles in Nigeria.

US President Donald Trump in Brussels has urged NATO allies to commit 4% of their annual output (GDP) to military spending – double the current target. (BBC)

German Chancellor, Angela Merkel has countered Donald Trump’s statement against Germany on the first day of the NATO summit in Brussels, denying her country was “totally controlled” by Russia and saying it made its own independent decisions and policies.

In less blunt language than the US president’s, the German chancellor made the point that she needed no lessons in dealing with authoritarian regimes, recalling she had been brought up in East Germany when it had been part of the Soviet Union’s sphere of influence. (The Guardian, UK)

The 12 boys rescued from a Thai cave were sedated and passed on stretchers along the twisting, narrow passageways of the Tham Luang complex, a rescuer said Wednesday as the first footage emerged of an astonishing mission that has captivated the world. (AFP)

Israeli Prime Minister, Benjamin Netanyahu said a Syrian drone that penetrated its airspace on Wednesday has been shot down, highlighting an escalation of volatility near the frontier which Netanyahu discussed in Moscow with Damascus’s biggest ally. (Reuters)

The only surviving member of a German neo-Nazi cell behind a shocking series of racist murders was sentenced Wednesday to life in prison, capping one of the longest and politically charged trials of the post-war period. (AFP)