#WorldCup Roundup: It’s not coming home for England as Croatia’s 2-1 comeback win sends them to the finals against France 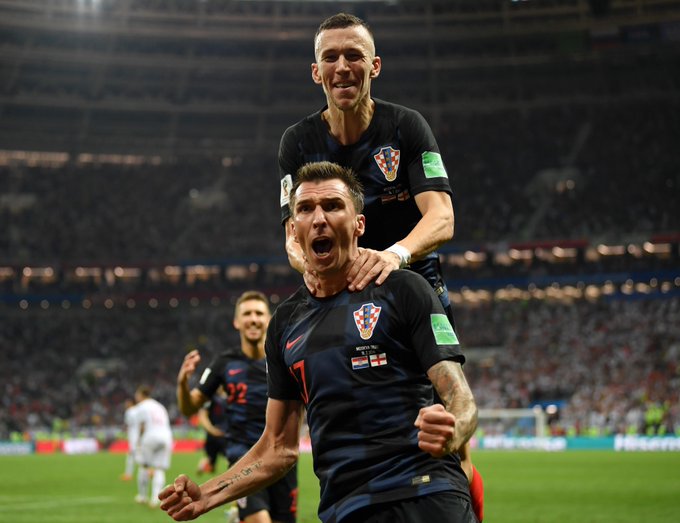 Croatia set up their first World Cup final appearance after Mario Mandzukic’s 109th-minute strike secured a 2-1 comeback victory for Croatia against England. Croatia were made to chase the game after going a goal down very early in the first half but battled to sink English hopes to secure a World Cup final with France on Sunday. A repeat of the 1998 semi-final clash 20 years ago.

England started the game with a stunning freekick from Kieran Trippier in the 5th-minute to give the Three Lions a 1-0 lead, rattling Croatia’s game plan.

Croatia found it hard to settle in the game and they were out muscled physically in midfield by England’s athleticism and pace in danger areas. Luka Modric – Croatia’s danger man was unable to assert himself in the first half, therefore, the Croats could not really create anything. England on the other hand had good chances from Harry Kane and Jesse Lingard but they both failed to extend the lead.

Croatia started the second half better and England were comfortable sitting deep and breaking on the counter and their perseverance paid off in the 68th-minute with an acrobatic finish by Ivan Perisic past Kyle Walker and English goalkeeper Jordan Pickford to spark the game to life. Croatia had an opportunity to take the lead almost immediately after their equaliser but Ivan Perisic shot went past Pickford but it could only hit the far post.

Croatia ended the game on top with more control and dominance in the game, England’s defence looked shaky and nervous but they were able to withstand heavy pressure to force extra time. Croatia slightly dominated the extra time with a notable chance from Mario Mandzukic which forced Pickford to make a very smart save. Mandzukic, however, had sweet payback by sneaking behind England’s defensive pairing and sliding the ball well past Jordan Pickford this time to give Croatia a 2-1 victory.