Here’s our list, although not from today’s posts and comments on the internet:

You will receive enough sympathy but, it still does not drive you to your journey towards greatness.

Focus is the key.

Blaming
and complaining
will make people
feel sorry for you
but it won't bring you
closer to your goals
and dreams.

All the power
you will ever need
to make a change
is within YOU.

Know this
in your heart
and your mind
will follow.#ShineOn#Change

Some of y'all act like an attack on your beliefs is a direct attack on you.
Just coz i challenge your ideologies doesn't mean I hate you!! pic.twitter.com/2HBOLrNtxp

3. On the Benue killings

We just need to keep reminding them that human lives matter.

@MBuhari sent the IG of @PoliceNG to #Benue.
No government representative at the funeral rites.
You were elected to lead the living not the dead!
Take decisive action! https://t.co/YTR80pMCPL

#NIGERIA: Over 250 people #killed in first 10 days of 2018: Over 120 in violence between #herders and #farmers in #Benue, #Taraba and #Adamawa states; 107 #BokoHaram fighters killed by troops in #Borno state; over 30 killed by cults and criminal gangs in #Rivers state! pic.twitter.com/0DTfFLzamC

You just feel reluctant to teach them sometimes.

But, you still have to. It just feels good when you can boast that your older parents can use the social media just as every other young person.

It will even help to enlighten all of us.

My mum joined Instagram and she told me to teach her how to use it.

2 days later, my mum entered my room & found me asleep. She got to where I was and slapped me saying "you liked 7 posts 39 seconds ago" ??

Sounds trivial but it is the basic truth.

We cannot build Africa by investing in Europe. Nothing can change if we do not change the mentality that nothing can work in Africa.

Will this man just accept that he cancelled the trip because he was scared of rejection?

Reason I canceled my trip to London is that I am not a big fan of the Obama Administration having sold perhaps the best located and finest embassy in London for “peanuts,” only to build a new one in an off location for 1.2 billion dollars. Bad deal. Wanted me to cut ribbon-NO!

Have you ever seen a Pastor, Imam, Governor, President or any other so called "Leader" lead a battle bearing AK47 or Matchete or seen any of their children do same?
No!
They leave you to do the dirty, dangerous bit and then speak for you on TV when you are 6ft under!

If only ‘they’ will listen.

He says…”Build your own platform”.

That is exactly what you should be doing.

Stop criminalising legit hustle. Elections are big businesses all over the world and people get paid millions of pounds and dollars to promote agendas.

Stop crying like a baby denied breast milk. Build your own platform and name, so you get patronage.

This is Funke who has joined other women all over the world to speak against sexual harassment – just like the #MeToo movement.

This is just one of the many millions who have had to “sleep with” lecturers just to pass their exams, as lecturers – in Nigerian Universities – beat their chest and tell the students that unless such happens, they are going nowhere. In other words, they are not graduating. 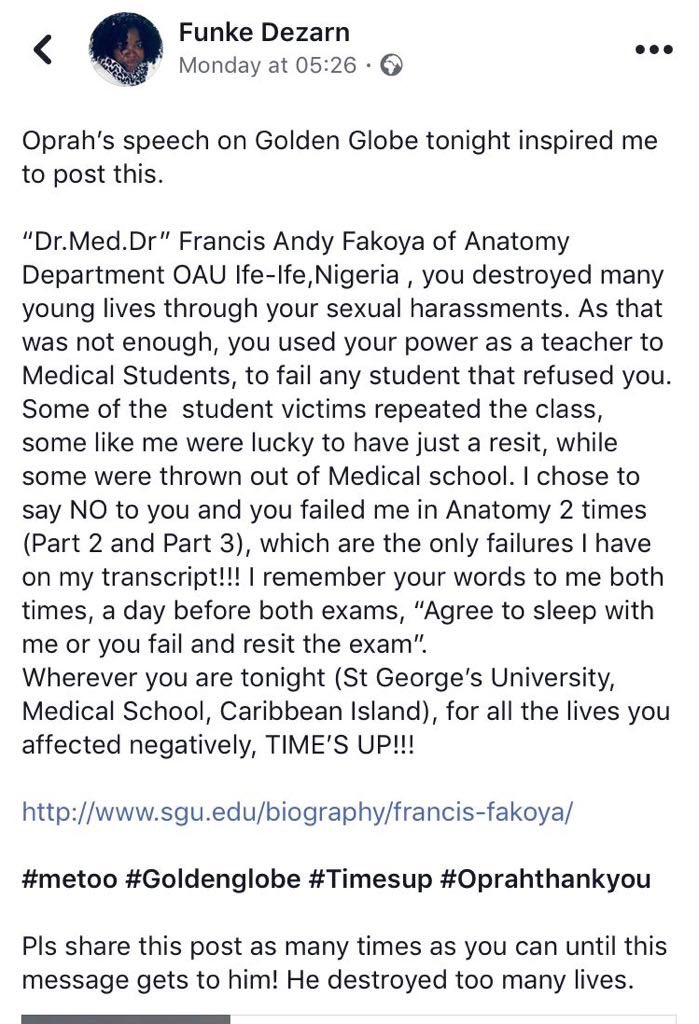 Unlike what would have transpired in a Nigerian University, St George’s University has said they have begun investigating the allegations as they take such things serious.

Sigh! This is yet another account of sexual harassment.

There are laws in place to stop incidents like this.

Are they being enforced?

In 2006, my final year in UNILAG, I went to see my course adviser regarding something about my course work. I entered… 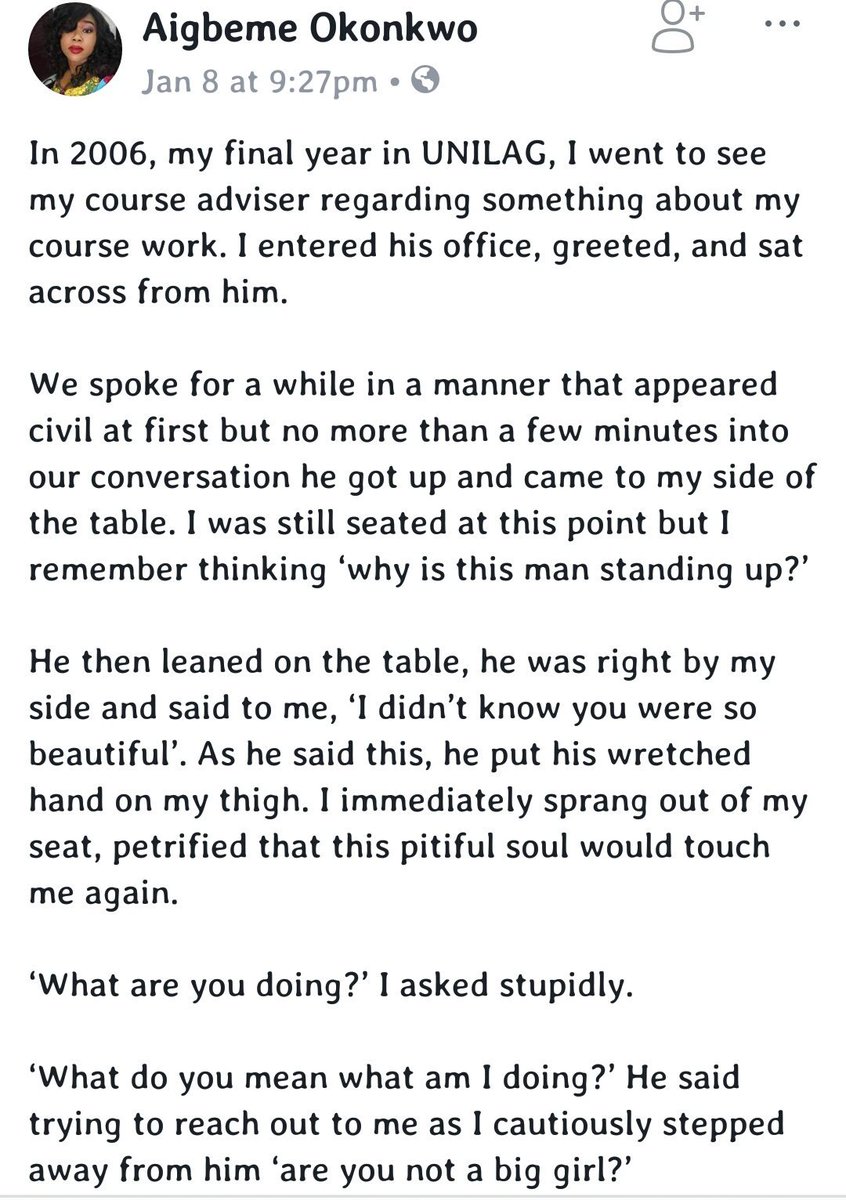 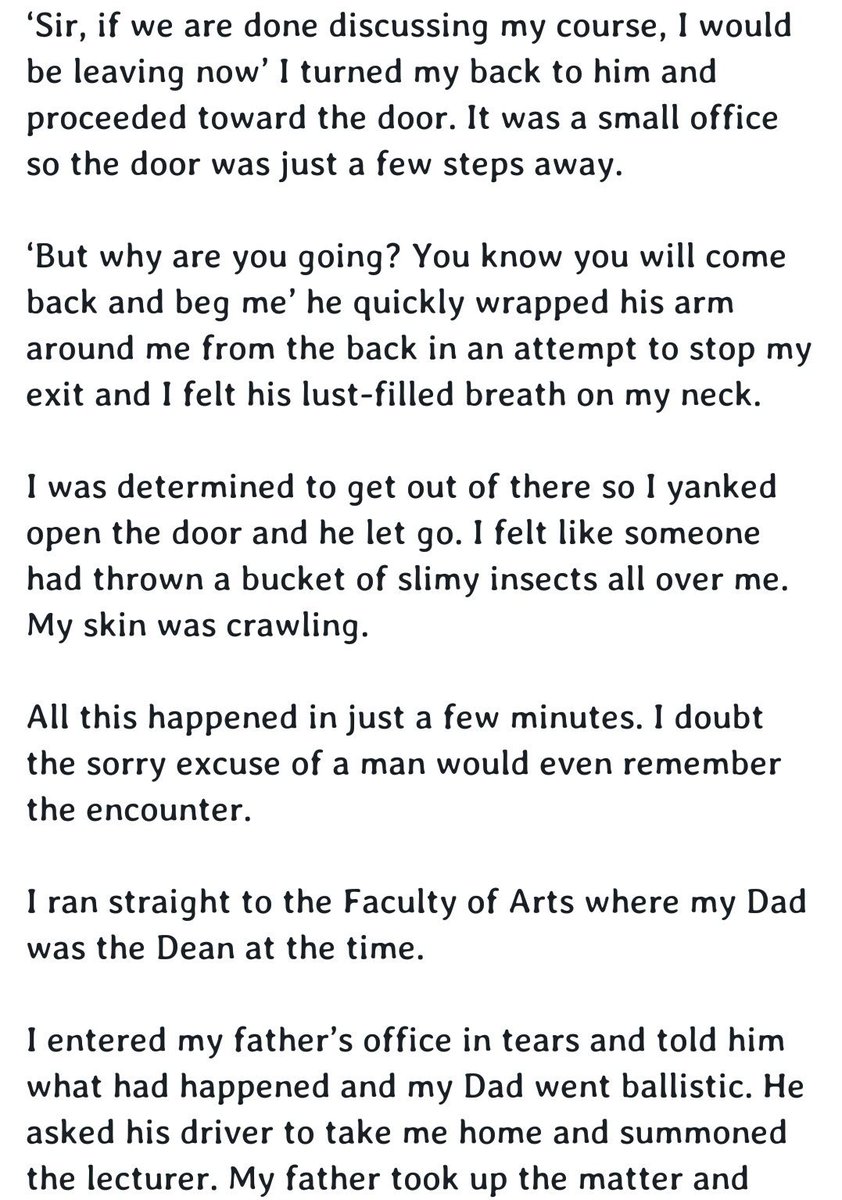 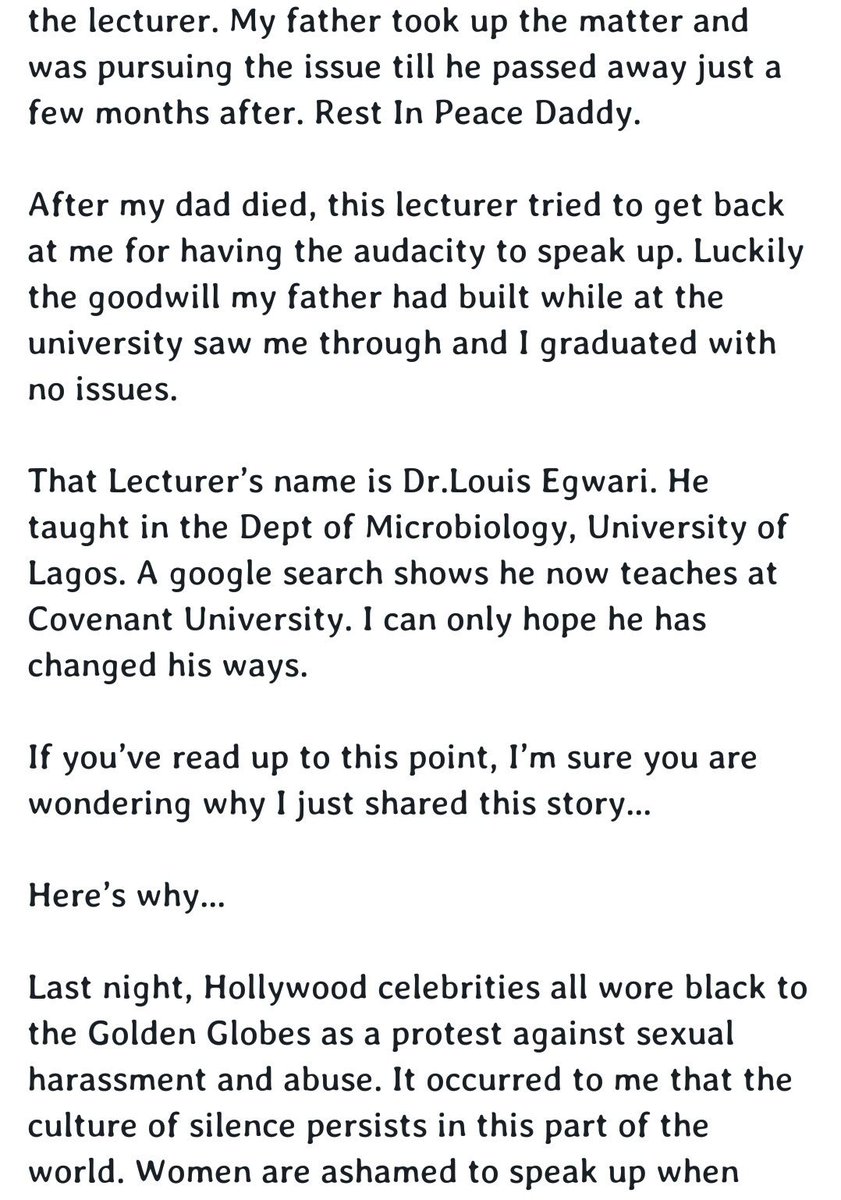 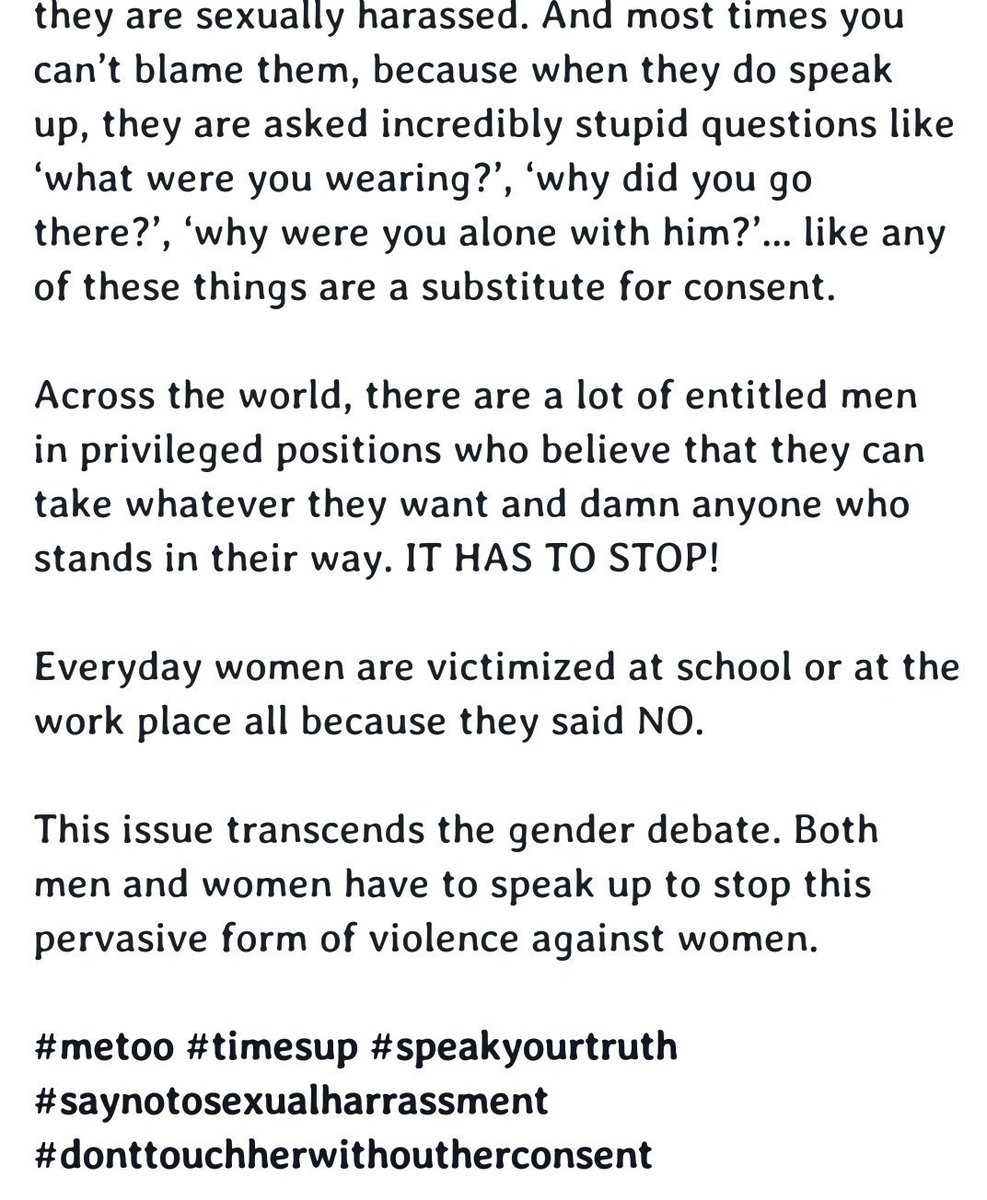