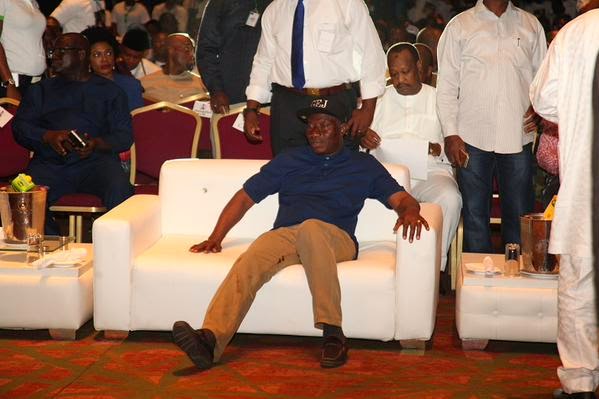 Did you miss President Goodluck Jonathan’s meeting with some 5,000 Nigerian youth in Lagos on Sunday night? Well, worry not, we got you covered.

The event tagged “Meet The President” was organized by PVC which stands for Participate, Vote, Country – a group of Nigerian young professionals, businessmen, entrepreneurs and civil society groups committed to mobilizing public action for national development and youth participation in politics.

The event started with informal questions to Pres. Jonathan: Favourite colour, food, how many hours of sleep per day he manages to get?

The formal session started at 7:30pm, all the accredited participants of the meeting were given unique numbers with which they were called to ask questions.

The compere Toyin Aimakhu put up quite an hilarious performance. One of her memorable statements of the night was “I can die for PDP” and she kept referring to GEJ as ‘Daddy’.  She further cracked some jokes that got attendees laughing out loud.

Another notable performance was Sean Tizzle who paid homage to the Commander in Chief and later threw all his blings, golden accessories to the audience. 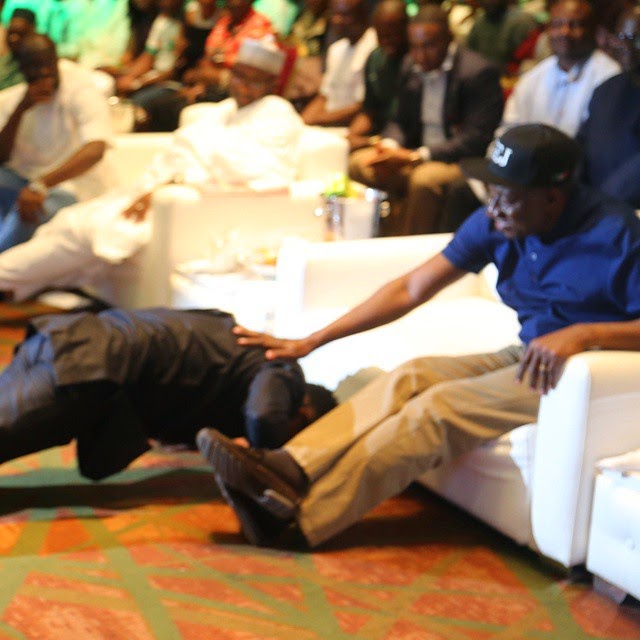 Some notable guests and celebrities at the event:

A handful of recently qualified pilots also showed appreciation to Pres. Jonathan at the event

The Nigerian youth sure took lots of selfies with the President 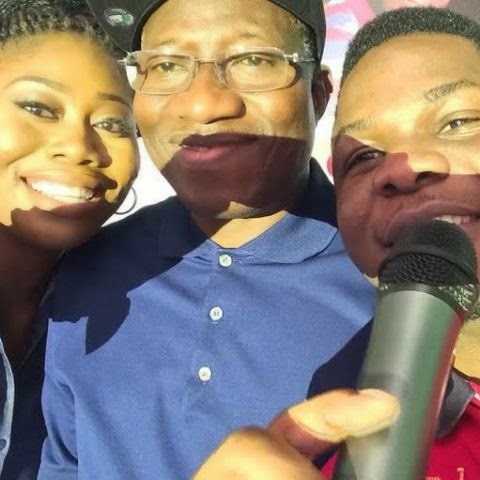 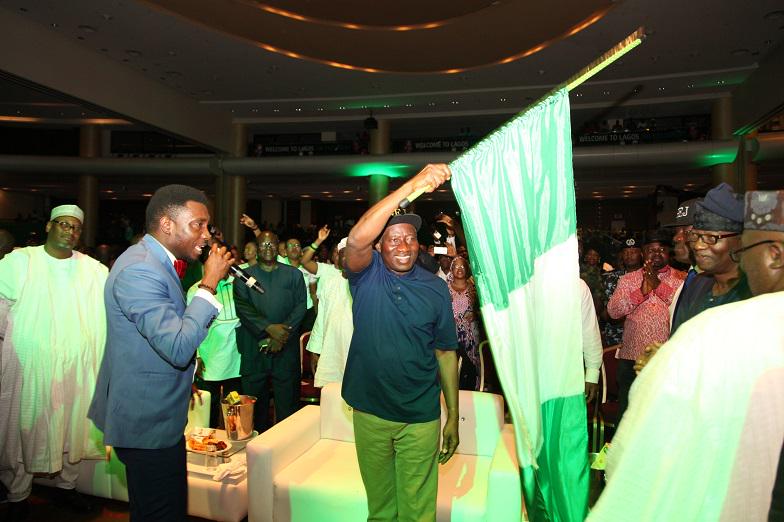 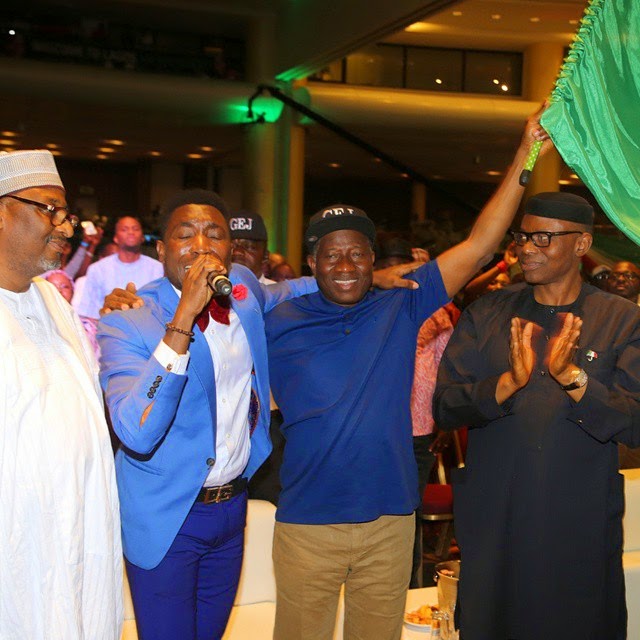 And the Shoki dance!

The crowd went into a frenzy when GEJ showed off his shoki dance moves, they all got to join him on stage too! 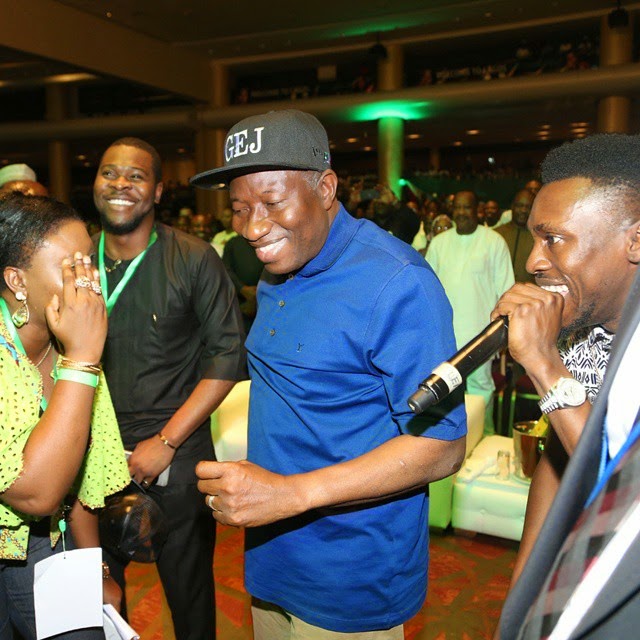 As the event ended at 10pm, a special card was presented to the Commander-in-Chief. It contains signatures of hundreds of Nigerians showing support for what the Nigerian troops are currently doing to protect the nation and defeat terrorism.