Sunday night turned out to be an epic unforgettable experience as DJ Spinall shut down Lagos with the launch party for his DREAMS Album. The Grand Ball room of the Oriental hotel was filled beyond capacity as fans trooped in to be a part of history with the launch of DJ Spinall’s 3rd album. 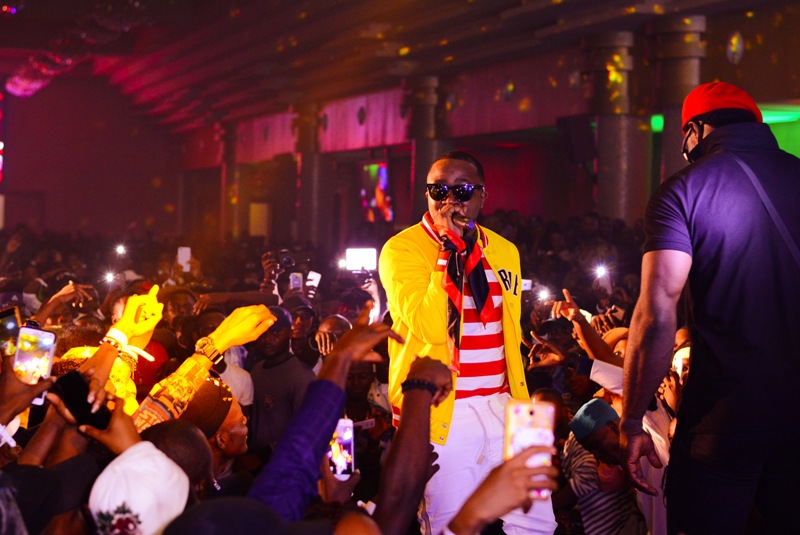 The epic night pulled different people from diverse backgrounds as who enjoyed an unforgettable experience as they dropped their electric dance moves while enjoying the Smirnoff X1 Intense Chocolate vodka. The #PartyofyourDreams is the 2nd stop of the8 cities Smirnoff X1 Tour, so brace up Abuja as Top Boy DJ Spinall and some of your favorite superstars thrill your city with an Epic night on 22ndof December with more to come in Benin, Port Harcourt, Jos, Ibadan and Lagos. To get first hand details on the #SmirnoffX1Tour, just follow @smirnoffng across all social media platforms

Drink Responsibly. For 18+ only SMIRNOFF™ is the world’s bestselling premium vodka that traces its heritage back to 19th century Russia. As the most awarded vodka brand in the world, SMIRNOFF™ has always been known for quality and is enjoyed responsibly in 130 countries around the world. Smirnoff recently launched its new variant; SMIRNOFF X1 which is a representation of the brand’s purpose of inclusivity. The Smirnoff X1 comes in the extra smooth and chocolate variant.